Advertisement
The Newspaper for the Future of Miami
Connect with us:
Front Page » Communities » Miami Beach-Miami rail line plans revived 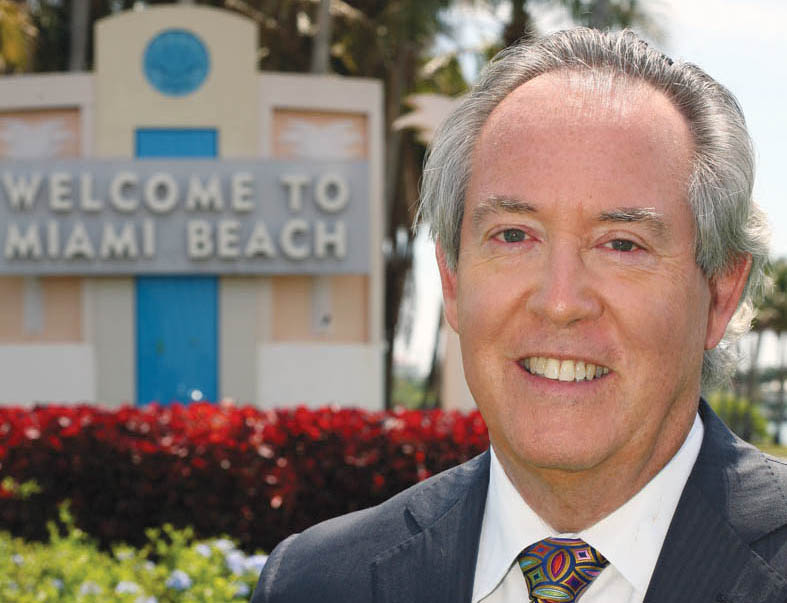 The Miami-Dade Metropolitan Planning Organization, or MPO, is studying options for a beach-to-mainland transit link to determine how to best advance a proposal. The study also will update and refine past studies on the matter.

Officials previously completed a “Bay Link” study in 2004 that proposed a light rail/streetcar system along the MacArthur Causeway from downtown Miami to South Beach. However, due to concerns about funding, technology and “prioritization issues” with other transit corridors, the proposal didn’t advance to the preliminary engineering phase, according to the MPO.

Approved in July, the current nine-month, $325,000 study is being funded with monies from the MPO, the Florida Department of Transportation, Miami-Dade Transit, the City of Miami Beach, the City of Miami, and Miami’s Downtown Development Authority.

The study was approved by the MPO’s governing board, consisting mainly of county commissioners and other local elected officials.

Miami Beach Commissioner Jerry Libbin, also president and CEO of the Miami Beach Chamber of Commerce, said he sees a need to create a transit link between the beach and the mainland.

“More and more is happening in Miami,” Mr. Libbin said, “and it’s essential for Miami Beach to stay competitive… for the welfare of residents and tourists.”

Regarding the current study, he added: “I don’t know what will come out of it.”

The MPO said it and Miami-Dade Transit have been working the state Department of Transportation and the cities of Miami Beach and Miami on several “short term” transit improvements between Miami and Miami Beach.

“However,” stated the MPO’s work order for the current study, “a long-term visionary approach is needed to ensure that future transportation demand between Miami Beach and the mainland is effectively met in the most innovative environmentally-conscious and cost effective manner.

“The need to provide rapid transit connectivity between the cities of Miami Beach and Miami is vital to the economic and environmental sustainability of both cities.”

The study will include developing a preliminary financial feasibility plan for the project, including identifying and assessing existing funding sources and potential new ones.

Meanwhile, some Miami Beach officials have been interested in a proposal by FEVE, a state-owned Spanish railway company, for a light rail connection, but said there were no formal talks.

Last year, Miami Beach city staff presented some details of the FEVE concept to city commissioners. Since then, FEVE has undergone some organizational changes in Spain.

The concept at the time called for an electric-powered rail, which would mesh with the MPO’s focus on an “environmentally conscious” transit solution.

Mr. Libbin said there still is interest in FEVE, but he noted that nothing specific has advanced.

As he understands it, he said, a new transit link could use the MacArthur Causeway or the Tuttle Causeway to the north, and the type of system used could be a train-like rail or even an electric-powered bus or streetcar.

The MPO’s current plan includes hiring consultants who will hold a series of meetings on the study for officials, stakeholders and the public. The consultants are also to present the study’s results and recommendations to the MPO and other organizations involved.

“In addition,” the work order states, “the consultants shall conduct a review of all new and emerging technologies at the national and global level that potentially mitigate many of the concerns expressed with the light rail/streetcar technology” in the past.

“These alternative technologies shall meet the ridership, capacity and operational demands within a highly urbanized area,” the work order continues. “For example, there are various types of catenary-free technologies [without hanging cables] currently available in the mass transit industry, such as catenary-free systems now operating in historic Seville, Spain; Angers, France; and Dubai, United Arab Emirates.”

The consultants will make an assessment of the size and scale of stations that would be part of a proposed beach-to-mainland transit link, and consider integrating the link into existing and proposed transit systems, including a proposed Downtown Intermodal Terminal.

In addition, the consultants will develop “visualization tools, such as before and after pictures, renderings, and 3-D [three dimensional] elements to illustrate the new catenary-free technique proposed for the project, transfer station, proposed vehicle, use of right-of-way, typical sections, and general concept features along the corridor.”

Miami Beach resident Frank DelVecchio, a member of a citizens advisory group that addressed the Bay Link plan years ago, said he has doubts that a Beach-to-mainland transit proposal will get the necessary political and financial support it needs to become a reality.

Mr. DelVecchio said Miami Beach officials have been discussing the issue at recent meetings but he is skeptical that a local push for a transit link will be sustained after November’s city elections.

“I think it is a political pipeline dream,” he added. “There’s a lot of public political posturing now, but I think they’ll forget about it after they’re elected.”