Advertisement
The Newspaper for the Future of Miami
Connect with us:
Front Page » Filming » Burn Notice headquarters to fall 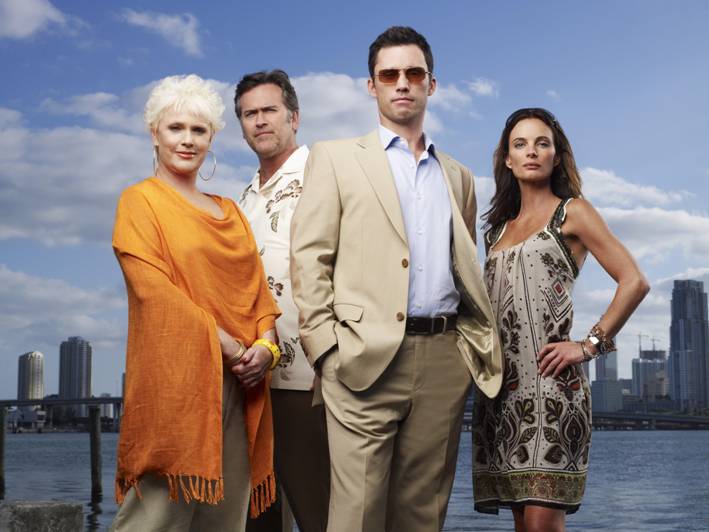 Miami officials are ready to demolish the former home of hit television series Burn Notice now that it has filmed its final season – and this week commissioners are to vote on the top bidder chosen to get rid of the Coconut Grove Convention Center once and for all.

If approved, the city manager will sign a contract with the group.

Commission Chairman Marc Sarnoff, in whose district the center lies, has wanted to raze it and replace it with a waterfront park that he says residents have wanted ever since it was revealed in a master plan by former Mayor Manny Diaz in 2008.

That park, Mr. Sarnoff said, should be Miami’s version of High Line Park, which rises above the streets of Manhattan built on a historic rail line that was no longer utilized.

The city has in hand the $2.4 million needed to raze the building and complete greening of the space. Most of the funds came from rent Burn Notice producers had been paying for years to use the center as their headquarters.

The winning bidder, according to city documents, must furnishing materials, labor and equipment to demolish the center and a section of the parking area between the 180,000-square-foot building and South Bayshore Drive.

Bidders had to have five years’ experience under their current business name in the demolition of commercial or institutional buildings, supported by three references for projects within the past 10 years that involved demolition of a building of at least 50,000 square feet.

The contractor is to do at least 30% of the construction.