Advertisement
The Newspaper for the Future of Miami
Connect with us:
Front Page » Business & Finance » New growth environments spur entrepreneurs 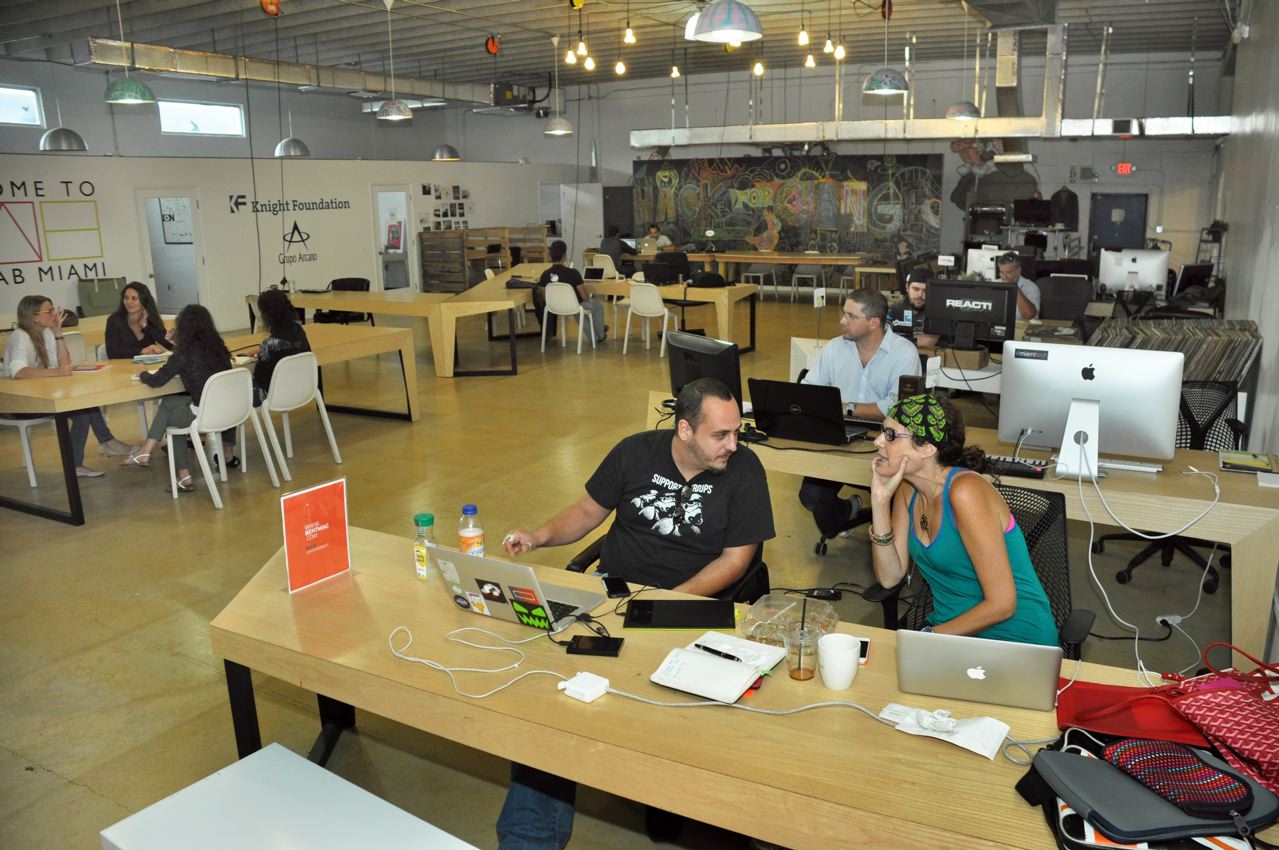 Just as startup companies find many factors that can aid them to grow and flourish, so too entrepreneurship itself has many resources as it grows in Miami, but also forces that hinder it.

Entrepreneurship is integral to Miami as a whole, says Professor and Associate Dean of Florida International University’s College of Business Jerry Haar, who until recently directed the university’s Eugenio Pino and Family Global Entrepreneurship Center.

“Entrepreneurship is this community’s DNA,” Dr. Haar said. “On a per capita basis, you probably have more entrepreneurs here than in any other metropolitan area in the US.”

Recent initiatives by both government and the private sector have set forth to bring Miami up a notch and develop a more hospitable environment for entrepreneurs to grow:

νThe Beacon Council’s One Community One Goal project targets industries that have already proven successful in Miami – mainly services, such as banking and tourism.

-Co-working communities or shared workplace like Refresh Miami, Pipeline Brickell and LAB Miami facilitate the exchange of ideas and make it easy for entrepreneurs to network with other professionals, both starting out and established.

There are multiple parts to the equation of maintaining a successful entrepreneurial community, though, says Boris Hirmas Said, entrepreneur in residence at Miami Dade College and chairman of Tres Mares. Those elements, he said, include investors, institutions, events and talent.

According to Mr. Hirmas, to be successful Miami needs to retain and attract talent, and it can do that by showcasing what Miami has to offer.

One way this is done is by hosting events that bring talented companies, startups and investors from all over the world to see what Miami has to offer.

FIU’s Americas Venture Capital Conference has done that since 2010 and will be combining the 2013 conference with the Technology Foundation of America’s eMerge Americas Conference in May 2014. This conference will focus on “establishing Miami as the technology hub for the Americas in order to propel innovation and investment in South Florida and Latin America,” according to the conference’s website.

Recently, at LAB Miami, a co-working space in Wynwood funded by the Knight Foundation, more than 125 developers competed in Pay Pal’s Battle Hack, which gave teams 24 hours to create an app that solved a community problem. Miami was one of ten cities internationally chosen to host the event, among them London, Moscow, Berlin and Tel Aviv.

“We have to create the conditions for the best and the brightest,” Mr. Hirmas said. This also means making Miami friendlier from a regulatory or political standpoint.

Mr. Hirmas believes Miami can be a model for other cities in the country because “Miami is a laboratory.… It’s one of the most international cities in the world.”

However, to fund startups and established young business, there need to be investors.

It’s not always easy to attract investors and venture capitalists, though, according to Dr. Haar.

“Venture capitalists usually fund one out of every 100 proposals put before them,” Dr. Haar said. And Miami might not be as welcoming as other cities to big-time investors or large companies and firms that might consider relocating here.

Every center where entrepreneurship thrives has a non-transient community, good schools and good transportation, Dr. Haar said. These issues that affect the community of workers must be addressed outside of the private sector, he said.

Dr. Haar also sees too much focus on startups and technology-specific projects.

“People who equate entrepreneurship with start of technology… it is just one dimension… It is an end and a means, but not the end,” Dr. Haar said. “The development of startup technologies and applications are a necessary but insufficient component of creating an entrepreneurship metropolis.”

Because of the constant change in technology, a company might find success for a short period but won’t last long term and thus won’t have a greater effect on the community, he said.

“80 percent of startups die the first year, 50% die by the third year… How many jobs did they create? How much taxable income did they generate?” Dr. Haar said. “When you consider that, Florida fares the worst in venture capital.”

A greater focus on creative industries, including anything from apparel manufacturing to film and entertainment to graphic design, is something Dr. Haar advocates for. He calls these the great equalizers.

“Creativity is not based on your academic credentials and who you know,” he said. He uses the example of an apparel manufacturer that could, by reaching a larger audience, expand its services and create more local jobs for those of all skill levels.

Since Dr. Haar stepped down as director of FIU’s Pino Center, he’s been moving toward spending more time on the arts, including working with the Beacon Council to create a fashion and design incubator.

For startups that are looking to gain a foothold and establish themselves, one of the best things they can look for is networking opportunities, mentorship and education. That is one of the areas that Susan Amat, founder of Venture Hive, cites as among the biggest challenges for entrepreneurs.

“Many have very little access to good mentors. There are a lot of people saying they are mentors, but people who actually have good experience, expertise, and are conflict of interest free in their support is hard to come across,” Dr. Amat said. Also, “many entrepreneurs also don’t understand what investors’ goals are – they are not looking to give their money away for fun.”

Companies like Venture Hive can offer not only affordable working space but also access to programming, mentoring and services. Venture Hive itself is a success story – Dr. Amat launched it this year after co-founding the University of Miami’s Launch Pad.

“Use Miami as an example of what can be achieved,” Mr. Hirmas said.

Education, industry experts all agree, is essential as well. Local universities need to continue to produce highly-skilled graduates, and those graduates need to be able to find gainful employment in the local community.

“We need to get our universities more engaged to listen to the private sector,” Dr. Haar said. “Entrepreneurship broadly defined does not require a master’s degree in computer science, or a Ph.D., or even a bachelor’s degree.”

Overall, Professor Haar gives Miami a B for entrepreneurship and says that the community needs to grow and improve certain essential areas to continue to attract and retain talented people.