Advertisement
The Newspaper for the Future of Miami
Connect with us:
Front Page » Communities » A new volley in tennis center court fight 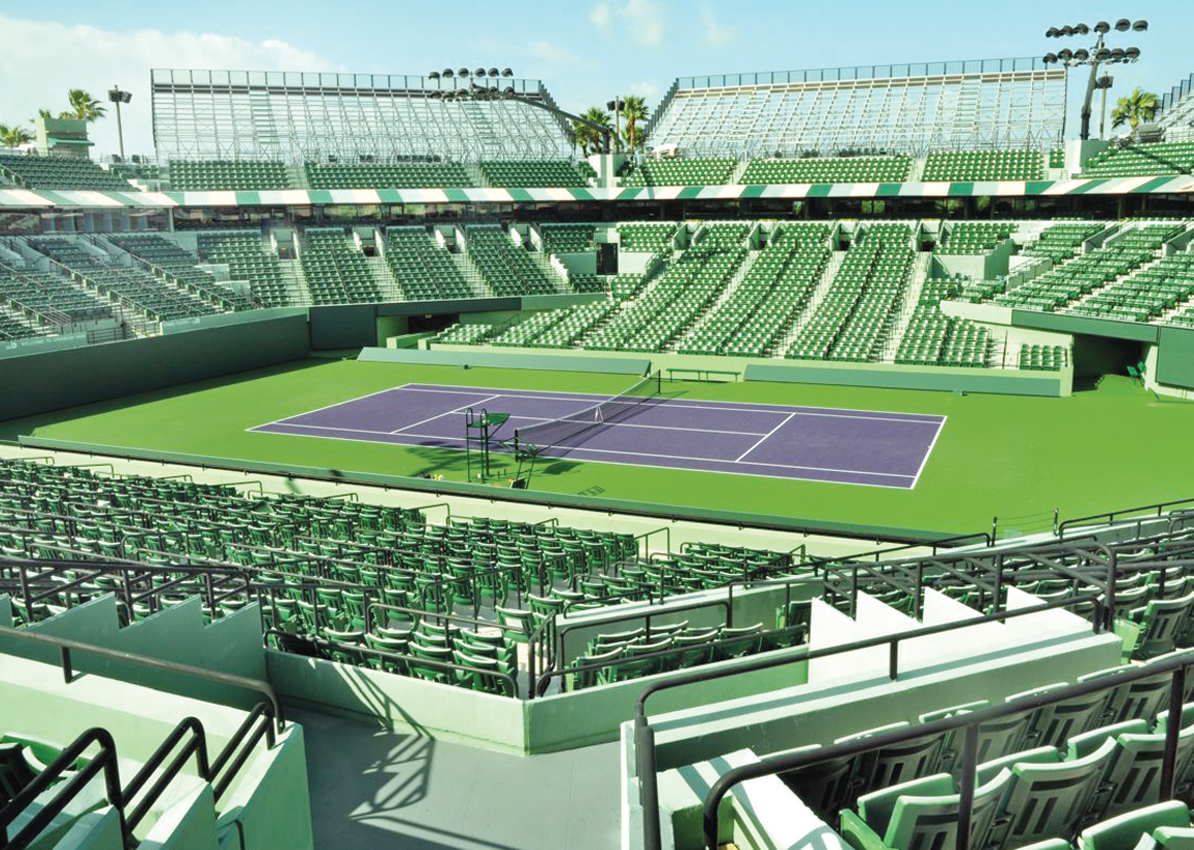 A lawsuit to stop expansion and improvements at the tennis center on Key Biscayne that’s home to the annual Sony Open pro tennis tournament could be decided next month in Miami-Dade County Circuit Court.

An Oct. 17 hearing has been scheduled before Judge Marc Schumacher on a motion for summary judgment by plaintiff Bruce Matheson. He filed suit in December against the county and the tournament’s organizers to stop changes at Crandon Park Tennis Center.

Mr. Matheson’s relatives donated land to the county more than 70 years ago that became Crandon Park. The suit is the latest salvo in his ongoing battle over the past 20-plus years to preserve the county-owned park in the face of commercial interests, namely the tournament’s organizers, who lease the tennis center from the county.

The organizers, a group called International Players Championship Inc., have called for $50 million in upgrades at the tennis center, arguing that the work is needed to keep up with other top tennis events. They have proposed funding the project through the sale of county bonds backed by tournament revenues, although county officials and the promoters have yet to announce such a deal.

County commissioners agreed last year to place the tennis center project on last November’s election ballot. The measure was approved by more than the required two-thirds of voters. However, Mr. Matheson has argued the vote should be thrown out because the ballot measure was misleading and vague, so voters couldn’t make an informed decision.

According to Mr. Matheson’s motion, the tennis center upgrades violate Crandon Park’s Master Plan, which was part of a 1993 settlement agreement that he negotiated with the county.

The Master Plan “provides that there can be only one tennis stadium in the park, prescribing its size and location, and states there shall be no new structures or improvements, whether temporary or permanent,” his motion reads.

The motion also argues that last fall’s referendum was flawed in different ways.

“The ballot measure fails to make any mention of the Master Plan… or that the proposal constitutes multiple violations” of the park’s Declaration of Restricted Covenants, the motion states.

“Thus,” it continues, “the ballot language did not disclose that the proposed expansion would directly violate the controlling settlement agreement resolving the dispute between the Matheson family and the county over the authorized uses of Crandon Park under its ‘public park purposes only’ deed restriction.”

The organizers, meanwhile, have challenged the validity of the Master Plan, saying voters never approved it.

The organizers also have argued that an advisory committee – including Mr. Matheson – set up to oversee the park should not have the authority to block the project as it is “an unlawful delegation of the county’s power over its public parks” because the committee doesn’t answer to citizens or any elected officials.

“The ballot language mentions a proposed extension of the tennis tournament agreement [between the county and the organizers], but does not disclose that it would exempt the tournament for up to 60 years from the Master Plan’s request that 10% of all its gross revenue be paid to the county to fund Crandon Park maintenance and improvements,” the motion reads.

“A referendum,” it adds, “may not ‘fly under false colors’ or ‘hide the ball’ by employing ballot language that fails to present the material aspects of the status quo the referendum would alter and that does not provide an adequate statement of the changes it would make.”

In addition, the motion argues last fall’s referendum violated the county charter, saying the proposal was put out for public approval before details of the tennis center plan had been settled between the county and the tournament organizers.

The organizers and the county “have reached no agreement on the terms of a new agreement for the tennis facility, nor had the plans for any structures been drafted, let alone agreed upon,” the motion states.

“In fact,” it continues, “the [county] resolution authorizing the referendum explicitly provided that the new structures were only tentative and could be clarified, modified, supplemented, deleted, or relocated” at the site.

“The resolution further acknowledges the terms of the extension of the tennis tournament agreement [between the county and the organizers] was also just tentative,” the motion states, “so the county is in no way bound by the terms presented and is free to negotiate more favorable terms or any provision presented herein.”

The county plans to file a response to Mr. Matheson’s motion prior to the Oct. 17 hearing.

County staffers had hoped to complete negotiations with the tournament’s organizers on details of the tennis center project to present to county commissioners for approval this month, but now say the date is uncertain.

“Negotiations are ongoing and I cannot, at this time, give… any estimate on when they will be completed,” said a county official familiar with the matter. “As for the timeline, I don’t want to provide… a new date that is still uncertain…. While September was a possibility, it was also not set in stone.”

The organizers have maintained that the project would use no public money, saying the county would have no financial liability because tournament revenues would be used to repay the proposed county bonds that would finance the work.

“In the 26 years since the event was first staged, the combined men’s and women’s tournament has grown to become one of the largest in the world,” Eugene Stearns, the organizers’ lawyer, wrote in a court filing.

“From the outset,” Mr. Stearns added, “Bruce Matheson expressed his objection to staging a tennis tournament in county-owned Crandon Park and sought to drive the tournament out of ‘his’ park.”