Advertisement
The Newspaper for the Future of Miami
Connect with us:
Front Page » Business & Finance » European demand shifts condo market 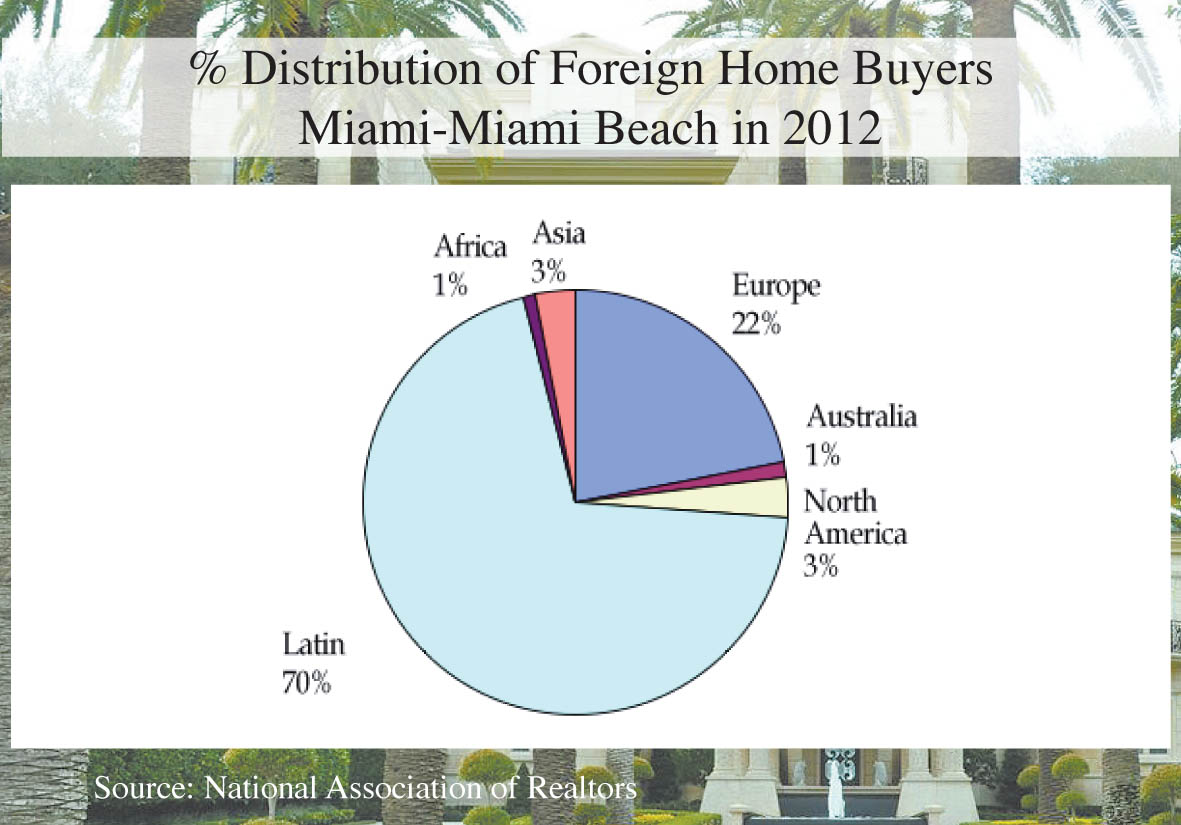 There’s a distinct French influence at Le Parc at Brickell, and it’s a sign of an emerging trend.

The decorative flourishes by French furniture designer Ligne Roset are a deliberate attempt to appeal to the style of a growing group of investors, whose numbers have risen about 5% in the last year, developer Henry Pino said.

“We tried to give our project a European flair to set us apart from the other condos that are coming up,” he said. “We are starting to see more European buyers, and they’re buying based on the large-deposit scenario, putting down 50% of the purchase price.”

Market watchers say they’re part of a growing group responding to rising taxation in France, a second recession in Spain and ongoing financial crises in the Euro zone. They’re looking for a safe haven and finding it here, sources said. And as a result, Europe is emerging as a key driver of Miami-Dade’s real estate. The region is second only to Latin America when it comes to home sales, and last year European investors accounted for nearly a quarter of all residential real estate purchases here by foreign buyers, information from the National Association of Realtors shows.

But brokers say the group is also in the market for other investments.

“To be honest, I haven’t sold an asset to an American in about 18 months,” said NAI Miami President Jeremy S. Larkin, adding that Russian investors are outbidding their rivals on one in five deals for “anything they can get their hands on,” including office buildings and warehouse space.

“There’s a huge uptick. We saw virtually no Russian buyers two to three years ago. Now, we’re seeing a substantial number coming in,” he said. “They’re competing for about 50% of the assets we bring to market, and they’re probably winning the bid about 20% of the time.”

Spurred by increasing foreign exchange controls by President Vladimir Putin’s administration and economic turmoil in major regional financial centers such as the Republic of Cyprus, Russian investors are looking for secure investments in the Western Hemisphere.

“Their government is getting ever more restrictive, and it’s making them very fearful,” said Mr. Larkin. “They’re moving money very quickly to the United States.”

In response to the trend, NAI Miami gets monthly updates from its European office to generate leads and connect with potential investors.

“What we’re trying to do,” Mr. Larkin said, “is create a direct link from our Moscow office to bring investors through.”