Advertisement
The Newspaper for the Future of Miami
Connect with us:
Front Page » Real Estate » Midtown 5 tower nears starting gate 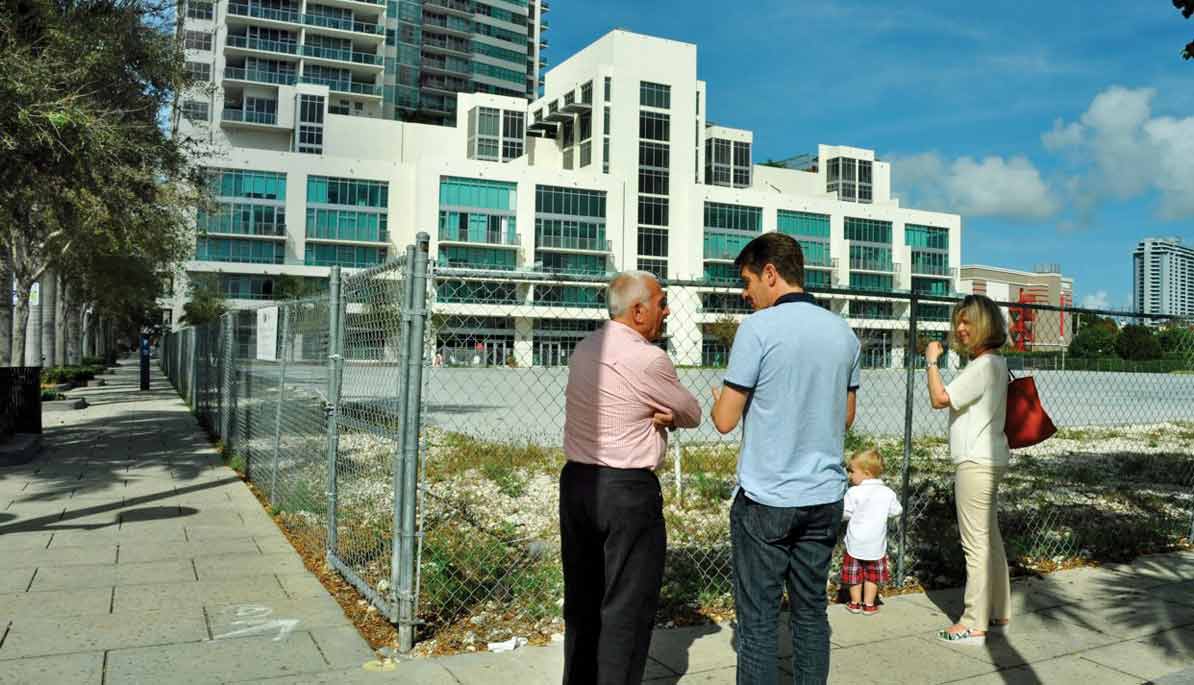 A development company from Chicago has taken over a project known as Midtown 5 and plans to build a residential tower anchored by retail and office uses in Miami’s bustling Midtown.

The mixed-use residential project is to include plenty of amenities for its residents including a meditation garden and a small dog park with artificial turf.

On Feb. 19, the city’s Urban Development Review Board approved the Midtown 5 plan, but only after a prolonged discussion about the need for a more detailed site plan.

The site today is vacant and fenced at 32nd Avenue and Midtown Boulevard.

The project would include 400 apartments, along with about 25,000 square feet of retail and office space, constructed in the ground floor base area.

The building is planned at 24 stories and about 260 feet in height. Midtown 5 would also include a swimming pool, indoor and outdoor lounges, a spa and fitness areas.

Willy Bermello, board member and architect, expressed serious reservations about approving the project based on what he saw as an unworkable parking layout and an incomplete site plan because it didn’t show how Midtown 5 would interact with adjoining properties.

“Nowhere, nowhere in this package” does it show how Midtown 5 relates to its neighbors on all four sides, he said.

“Having said that, personally, I like the design… there are a lot of very nice things” to appreciate in the plan, Mr. Bermello said.

Kathy Schaack, senior project manager with Loewenberg Architects, said the developer has built more than 30,000 residential units around the nation, from townhomes to 80-story mixed-use projects.

“This is between Wynwood and the Design District… Midtown 4 shares the block with us,” she said.

“Across the street are the Shops at Midtown,” she added.

Ms. Schaack noted that a new Walmart is planned for property southwest of Midtown 5.

Along with square footage for retail businesses, the lower level of Midtown 5 would include space for office tenants, management offices, storage and a parking garage.

The building has a special curved design, and the glass and steel tower portion extends to the street, with a 50-foot base in rectangular sections hugging the tower.

Architects said the building will be white, the glass a tint of blue, and to add a dash of color they plan large orange sails adorning the 50-foot base.

Mr. Bermello later revisited his concerns about the garage and exit from the site, which he said simply won’t work because there’s not enough room for vehicles to maneuver.

Without changing the parking plan, the developer will end up with 400 very unhappy tenants “trying to get out of the building,” Mr. Bermello said.

Ms. Schaack told Mr. Bermello architects would go back and review the parking plan to make sure there is “enough space for turning radius” for vehicles.

Mr. Bermello told the designers to “tie your property to your surroundings.”

An attorney representing the developer said the site plan was deemed incomplete two months ago, so designers met with city staff and looked at surrounding uses. He said the developer addressed 17 issues with the city planning staff.

In the end, it was Mr. Bermello who made the motion to approve the plan, on the condition the developer work with the city’s planning director to resolve these matters: The exit parking ramp will not function and needs to be redesigned; the east and north elevations at ground level need some type of architectural elements, not just a blank white wall; a contextual drawing of Midtown 5 and the four surrounding properties must be prepared and submitted.