Advertisement
The Newspaper for the Future of Miami
Connect with us:
Front Page » Business & Finance » Affordable Housing Targets Brickell 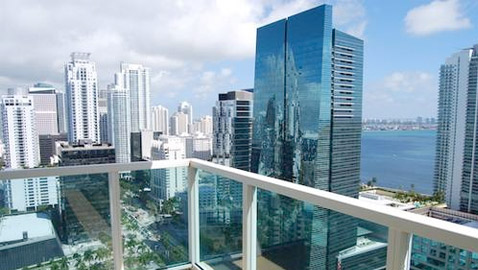 By Meisha Perrin
Affordable housing developer the Richman Group of Florida wants to build three multi-level apartment buildings in Miami — but first, the property owners are requesting that the city designate the lots at 1026 SW Second Ave., 144 and 152 SW Eighth St. and 850 SW Second Ave. as brownfield areas.

Brownfield sites, according to city documents, are defined as real property, the expansion, redevelopment, or reuse of which may be complicated by actual or perceived environmental contamination.

The city commission is to hold a hearing July 25 where City Manager Johnny Martinez is to present findings that analyze whether the sites can be considered brownfield areas.

To be designated as such, according to city documents:

nA person who owns or controls the site must request the designation and agree to rehabilitate and redevelop the site.

nRehabilitation and redevelopment will create at least five new permanent jobs, except in case of affordable housing, recreation or conservation areas, or parks.

nThe redevelopment is consistent with the local comprehensive plan and is a permissible use.

nNotice of the rehabilitation is provided to neighbors and they get an opportunity for comments and suggestions.

The Richman Group wants to develop the lot at 1026 SW Second Ave. into West Brickell Tower, an affordable housing tower with 32 one- and two- bedroom units of 672 to 1,000 square feet.

Developers are seeking the brownfield designations because of evidence of contamination. According to environmental regulatory databases, there is a history of spills and contamination discharges near each property.

In particular, the area around where West Brickell View is to rise, according to city documents, has a history of petroleum contamination, especially in 2003 from an Exxon gas station at 720 SW Second Avenue, within about 300 feet of the site.

The area around where West Brickell Tower is to be built, documents say, had significant discharges of petroleum-related products in 1988 and 1992 at a BP station within 400 feet of the property. Also, about 200 feet away there was potential for a diesel underground storage tank to discharge petroleum as it was used for several years without overfill/overspill containment.

As for where the Vista Grande apartment building is to rise, documents cite significant discharges of petroleum in 1987 and 1993 at a Citgo station within 75 feet of the property.

And in 2003, documents say, more petroleum contamination was recorded at an Exxon station within 300 feet of the site.

If the properties are designated, the legislation says, the city manager would notify the Florida Department of Environmental Protection and the Miami-Dade Department of Regulatory and Economic Resources of the expansion of the existing brownfield area boundary, and the lots would need remediation.

The Richman Group and its affiliates, their website says, are active in the development of a wide range of luxury and affordable residential housing. Richman affiliates have developed more than 19,000 residential units. To read the entire issue of Miami Today online, subscribe to e-MIAMI TODAY, an exact digital replica of the printed edition.