Advertisement
The Newspaper for the Future of Miami
Connect with us:
Front Page » Breaking News » Beach transit corridor subdivided into three chunks 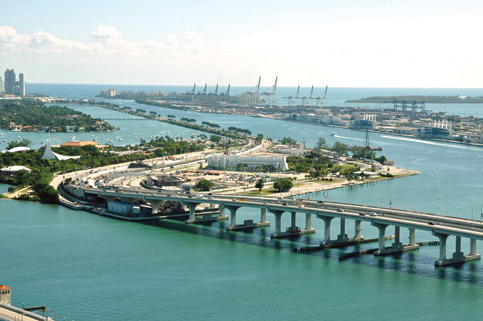 The naming of the Beach Corridor, one of six commuting routes in Miami-Dade’s half-decade-old Smart Plan, just got more complicated. But the result could be a faster-built link between Miami and Miami Beach.

Rather than having one name, the corridor will have three. Each will denote a separate segment of the route between Miami’s Midtown area and the Miami Beach Convention Center.