Written by Kylea Henseler on May 11, 2021
Advertisement 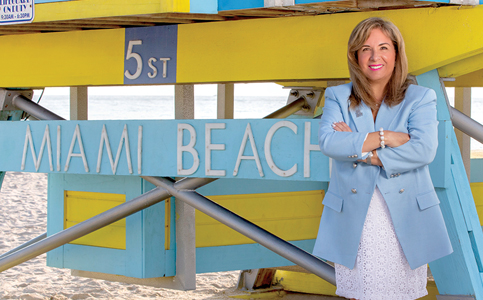 After over three decades of public service to Miami-Dade County, Alina Hudak meant to retire. Instead, she found her way back to government, first as an assistant city manager for Miami Beach and, as of last month, their first female city manager. Ms. Hudak didn’t have time to blink between her appointment and assumption of duties: she became acting manager in the middle of the commission meeting during which she was selected, before launching into a full week of legislative committee meetings in her new role.

This week, Ms. Hudak is to be sworn in to her second role as head administrator of a government. In 2011, she became the first woman and last-ever manager of Miami-Dade County, where she oversaw more than 27,000 employees and an $8 billion budget before the county switched over to a “strong mayor” style of government. Then she continued to serve as deputy mayor, where she oversaw multiple departments including Animal Services, Elections, Transit and Public Works, the Citizens’ Independent Transportation Trust and the Public Health Trust, and was instrumental in Miami-Dade’s response to Zika Virus in 2016.

Even in her free time, Ms. Hudak has her eyes on the mission. Her favorite book, she said, is the city commission agenda, and she is constantly reading over government materials and best practice reports. In her new role, Ms. Hudak said she plans to continue focusing on learning more about the day-to-day operations of the city, improving public safety, continuing to execute plans that have already been laid and cementing Miami Beach’s status as a world-class destination.

She was interviewed by Miami Today reporter Kylea Henseler.