Advertisement
The Newspaper for the Future of Miami
Connect with us:
Front Page » Transportation » Miami-Dade fights to oust new state expressway agency

Written by Jesse Scheckner on May 4, 2021
Advertisement 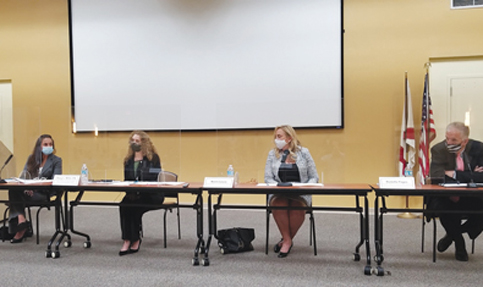 Miami-Dade commissioners voted 12-1 for an ordinance by Joe Martinez and Jose “Pepe” Diaz exercising a 65-year-old amendment in the Florida Constitution giving the county unique protections against targeted legislation from the state.

Passing the ordinance, Assistant County Attorney Oren Rosenthal said, strengthens the county’s case against the state “because it [says] our constitutional rights are being exercised to eliminate that law. Then the state [must] challenge that.”

The move marked the latest in a series of escalations by both governments, setting the stage for another showdown between state and county lawmakers.

But amid complaints of past and current power grabs by Tallahassee, some commissioners advocated peace talks to mend the divide.

“There doesn’t have to be an adversarial relationship,” Raquel Regalado said. “Part of the problem we’ve had with this issue is that it was politicized [and] unresolved for many years until we allowed it to get to a boiling point… People decided to make it a battle of egos.”

Oliver Gilbert III called the county’s inability to reach an agreement with its elected state officials – including Rep. Bryan Avila of Miami Springs and Sen. Manny Diaz Jr. of Hialeah Gardens, who sponsored the GMX bill – “a fundamental breakdown” in communication.

Unless things change, he said, Miami-Dade and Tallahassee will continue to clash.

“This road of conflict will not end well even if we win the lawsuit, because what we’ve seen is that there are literally a million other ways to stick it to us,” he said. “We need to find a way out of this quagmire of measuring who’s most important, most powerful and who’s right.”

The sole “no” voter, René García, blamed MDX’s failure “to respond to certain questions and issues of the state legislature.”

As a Florida senator, he sponsored several bills to take more control of the agency after it defied state directives and raised tolls on the Dolphin Expressway (836), which MDX oversaw along with the Airport (112), Don Shula (874), Snapper Creek (878) and Gratigny (924) expressways.

“We are here today because of the excessive tolls,” he said. “I’m with Commissioner Martinez 100% in protecting our home rule charter, but [we should] have had a little more political insight on this issue… because now we are in that political fight.”

Some veteran commissioners contradicted Mr. García’s assessment, including Jean Monestime, who likened the state’s actions to “a parent being jealous of having a wealthy child.”

Mr. Diaz said claims the county had not tried to work with the state on a mutually beneficial solution were untrue. “To calm a lot of these issues,” he said, he’d traveled north to speak with legislators face to face.

“I went countless times to make that happen,” he said. “It takes two to tango.”

Mr. Martinez agreed. Tallahassee lawmakers started the fight, he said, in part because they didn’t like former county Mayor Carlos Giménez, who also led the MDX board.

“They thought he was arrogant, and everything became personal,” he said. “We did not draw first blood on this one. This was dumped in our lap because of a personal issue.”