Advertisement
The Newspaper for the Future of Miami
Connect with us:
Front Page » Government » Miami-Dade may force all stores to accept cash

Miami-Dade may force all stores to accept cash 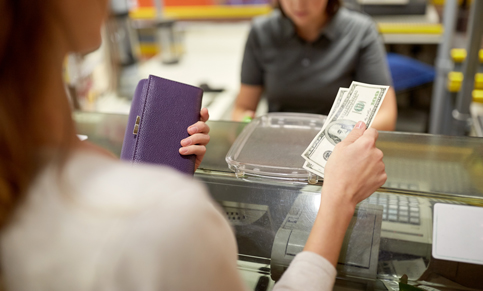 Stores in Miami-Dade today can choose how they’re paid, whether it’s by cash, credit, debit, digital transfers of funds of any combination of those forms of payment or others. Many have gone cashless as part of a growing shift in recent years that accelerated with Covid-19.

A new item moving through County Hall aims to reverse that trend.

Commissioners last week gave a first OK to a resolution by René Garcia that, if approved May 4, would direct Mayor Daniella Levine Cava’s administration to look at prohibiting retail businesses here from refusing cash payments for goods and services.

“It’s the dollar. It’s our currency. It’s what we stand behind and what we trade, and now businesses are saying, ‘That’s not good here,’” he told Miami Today. “I’m OK with people having an option, but to turn the dollar away for a credit card and then charging people interest on top of that? It’s a win for banks, not for us.”

In 2019, roughly three out of ten American adults claimed to have made no cash purchases during a typical week – an almost 5% uptick from four years prior, according to the Pew Research Center.

The share of cash-only buyers fell from 24% in 2015 to 18% last year, said Pew, which found that lower-income Americans were four times likelier than higher-income Americans to make all or almost all of their purchases with cash.

Further, Blacks were found to be far more reliant on cash than whites and Hispanics, with 34% using cash primarily compared to 15% of non-Hispanic whites and 17% of Hispanics.

Pew also found a marked age divide. Thirty-four percent of adults under 50 said they made no weekly purchases with cash compared to 23% of those 50 and older.

Mr. Garcia’s item tracks with bills called the Payment Choice Act introduced in Congress in 2019 by Rep. Donald Payne Jr. and in 2020 by Sen. Robert Menendez, both Democrats from New Jersey.

If passed, they would have barred retail businesses from refusing cash at the federal level, enforceable with up to $5,000-per-violation fines.

Mr. Garcia, a Republican former state senator now serving in a nonpartisan county office, stressed that his item has no partisan leaning and isn’t influenced by pandemic restrictions.

“Some companies have gotten away from using the dollar because of covid, and I’m not saying that during the pandemic we can’t modify and look at it until we’re done with the pandemic. We can have that conversation,” he said. “This has to do with oppressing our minority communities and poorer communities.”

No federal law bars private companies from refusing cash, and businesses “are free to develop their own policies on whether to accept cash unless there is a state law that says otherwise,” the Board of Governors of the Federal Reserve System wrote online.

Some states, including New Jersey, Massachusetts and Rhode Island, have enacted such laws, as have cities like Philadelphia, New York and San Francisco.

While cash has long been known to spread germs, as its rarely washed fibrous surfaces are welcoming homes for bacteria, it’s still America’s official legal currency and should be welcome everywhere, Mr. Garcia said.

“The last I checked, the tender of this country is the dollar,” he said. “I hope more people stand up to this.”