Advertisement
The Newspaper for the Future of Miami
Connect with us:
Front Page » Government » Commissioners look to divvy up Miami Marlins sale payout 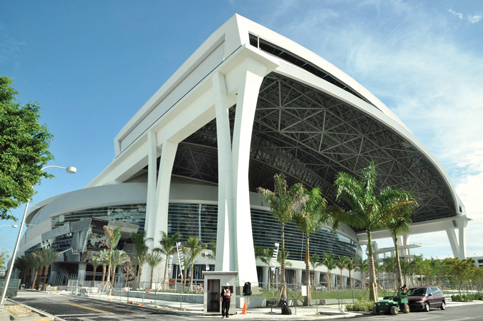 A settlement coming to Miami-Dade from the sale of the Miami Marlins may never make it into the county general fund as commissioners consider circumventing standard budget procedures to help their districts directly.

Commissioners in committee Tuesday advanced a resolution by Kionne McGhee calling for equally distributing the county’s $4.76 million cut of the $5.5 million settlement from the team’s former owners – the City of Miami got about $740,000 – among the 13 county districts. A final vote is due March 16.

If passed, each commissioner could spend about $366,385 on covid relief, police, prisons and capital projects – construction, property purchases, facility improvements, equipment and furniture – that benefit the public, the item said.

A new federal stimulus promising much more aid is moving through Congress, she said, but many questions remain, including how much vaccines are costing the county to what funds will be reserved for rent and foreclosure relief.

“We need to see how much money is earmarked at the federal level, [what] we get from Washington and how restrictive those funds are,” she said. “There’s a lot of things in motion, and I think this [item] tries to at least put a pin in that [Marlins] money so that we can have access to it.”

Sidestepping traditional budgeting could set a worrisome precedent, Commissioner Danielle Cohen Higgins said, by establishing a new funding model in which commissioners carve out from various income sources pools of money for their districts.

Splitting the money 13 ways, she continued, also prevents using it for bigger problems.

“This has been an economically challenging year,” she said. “Where should those funds go? Should it go to the general fund? Should it go to making sure that employees are not laid off, etc., if we are faced with those decisions?”

Jean Monestime said he’d normally oppose such a move, and if it were any other source of money he would oppose it. In this case, he was open to the idea.

“It’s needed one way or the other,” he said. “If not from these funds, where? This is what wasn’t budgeted prior, and I think that’s why [Mr. McGhee] feels this is the most appropriate funds to use for that.”

Commissioners technically set Miami-Dade’s annual budget, Keon Hardemon said, but by the time it reaches them to approve the county administration has already allocated the year’s funding, which makes changing allocations arduous.

By taking the unallocated funds before they reach the administration and are absorbed into the general budget, he said, commissioners will eliminate future bureaucratic red tape and can help communities now.

“When you have these lump sums of money that come in and you have pressing needs within your community, this is the best time really and truly to address those issues,” he said. “I guarantee you that the administration will find any and every excuse to use any bit of money toward something other than what you believe is a priority for your community.”