Advertisement
The Newspaper for the Future of Miami
Connect with us:
Front Page » Government » Miami settlement with Magic City Casino owner moves into public 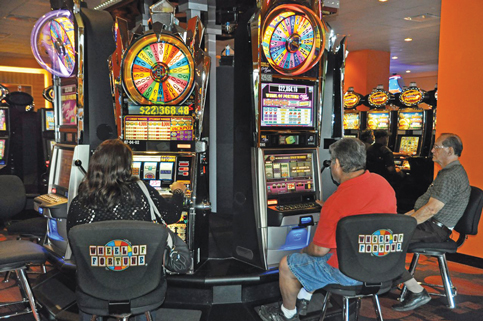 Heeding advice to follow the letter of the law, Miami city commissioners canceled a closed meeting last week that was scheduled to discuss a settlement agreement with casino owner West Flagler Associates.

The owners of Magic City Casino had plans to build a jai-alai and poker establishment in the Edgewater neighborhood at 3030 Biscayne Blvd. but allege in a April 2019 suit that a change in zoning laws disrupted their progress. West Flagler Associates contends the company had a permit to build from Florida’s Division of Pari-Mutuel Wagering before city commissioners voted in 2018 to require that four of the five-member commission must approve any new gambling locations.

At issue last week were claims that commissioners could not legally discuss the settlement in a meeting closed to the public that was scheduled for Feb. 11. Attorney Eugene Stearns, who represents groups opposed to the development of casinos and gambling facilities in Miami, asserted that it would be inappropriate for commissioners to have a private meeting outside of the Sunshine Law over a case “that doesn’t exist.” He said the case has been dismissed.

City Attorney Victoria Mendez at first countered that there was pending litigation so a private meeting would be allowed but then examined Mr. Stearns’ claims and discovered that technically the case is closed at present.

In 1993, the Florida Legislature amended the Sunshine Law to allow governmental bodies to meet in private with their attorneys to discuss pending litigation to which the entity is currently a party before a court or administrative agency.

Commissioners were not necessarily in favor of discussing a settlement at this time; instead, some said they might want to more fully look into defending the city’s code first.

The item is to come before commissioners at their Feb. 25 meeting.

In the meantime, Ms. Mendez plans to move to re-open the case so a private meeting could be held, if advisable. She is also to speak with each commissioner to hear his thoughts about the case and the idea of settling.

Commissioners directed Ms. Mendez from here on not to place any discussions about settlements on the agenda unless a commissioner requests it.