Advertisement
The Newspaper for the Future of Miami
Connect with us:
Front Page » Top Stories » Homestead salmon farm goes Publix – all 818 Florida stores 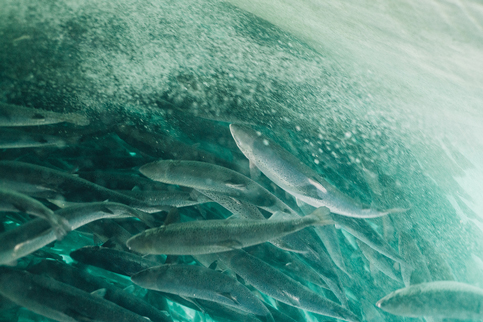 Publix shoppers in Florida may have spotted a new product among the store’s seafood offerings this month: Bluehouse Salmon, grown and prepared in an indoor Homestead facility poised to possibly be the biggest of its type in the world.

“For us, being a Florida salmon farming company, being able to sell in the local markets is ideal because we’re proud to be fresh from Florida,” he said. “One of the great milestones is to finally be in stores locally.”

The product is sold fresh, not frozen, across the US at more than 1,000 locations with retailers including Sprouts, Wegmans, New Seasons, HEB, Giant Eagle and Chef’s Warehouse. Other outlets like Winn Dixie, Whole Foods and Milam’s Market will have to wait.

“At the moment, we are very happy with our mix of retailers,” he said. “That said, our plans are to increase capacity every year. Down the road, we’ll be interested in working with even more retailers and, hopefully when Covid-19 is behind us, new food service partners that currently do not carry our fish.”

Atlantic Sapphire broke ground on its facility near Homestead Air Reserve Base in 2017 with a three-phase buildout plan. Phase one, which enables the company to harvest about 10,000 metric tons of salmon annually, is finished.

The sprawling complex uses a series of tanks to simulate the fish’s 20-month spawning and growth cycle entirely onshore using water from the Florida Aquifer, from hatching eggs imported from Iceland and Norway to harvesting mature fish at 10 pounds.

“Unlike other fish, they go fresh, brackish, salt, brackish, fresh – they make the fish swim from one tank to another and change the conditions, with currents and all of that,” US Rep. Carlos Giménez said of the process after visiting the facility as Miami-Dade’s mayor in 2019. “It’s really high-tech stuff.”

The company’s goal is to produce 220,000 metric tons by 2031, the equivalent of almost 1 billion yearly servings – all from South Florida.

“We will not necessarily do everything on one single piece of land, but it will be in this area,” Mr. Øyehaug said. “To sustainably produce the best salmon with a competitive cost structure, we depend on South Florida’s unique infrastructure. With the aquifers, the water quality, water intake and ability to discharge water in a sustainable way through the boulder zone, we have the best place in the world to do this here.”

Investors interested in snagging a piece of the business can now do so. As of Jan. 15, Atlantic Sapphire is traded under the symbol AASZF on the over-the-counter stock trading market OTCQX. It’s also publicly traded on the Oslo Stock Exchange.

“As of today, we have around 4,000 shareholders, the majority of which are in Europe, but there’s a growing share of shareholders based here in the US,” Mr. Øyehaug said.

For now, there are no plans to move onto either the New York Stock Exchange or Nasdaq. That position may change, he said, but for now the company is “perfectly comfortable” with its current listings.

To date, Atlantic Sapphire has invested some $220 million to build out the first phase of its facilities and reach its first 10,000 metric tons of product. Mr. Øyehaug declined to say when Atlantic Sapphire projects it will become profitable, instead pointing to where the company has an edge over current top US salmon suppliers from Chile – proximity, environmental impacts, freshness, product quality and a competitive price point among them.

And while Bluehouse Salmon filets will remain Atlantic Sapphire’s flagship product, others may join the company’s line in the form of various preparations of the fish, like smoked and pre-seasoned cutlets. There is also a whole other market for human-grade goods based on fish byproducts, Mr. Øyehaug said, as well as the potential to move beyond salmon to other fish.

“In terms of species, we think salmon is the most sought-after fish in the market here in the use in price achievement and the size of the market,” he said. “That being said, it doesn’t rule out that it’s possible to make other species in the same type of infrastructure that we have here.”