Advertisement
The Newspaper for the Future of Miami
Connect with us:
Front Page » Government » To regain magic, Lincoln Road big boxes may be limited

To regain magic, Lincoln Road big boxes may be limited 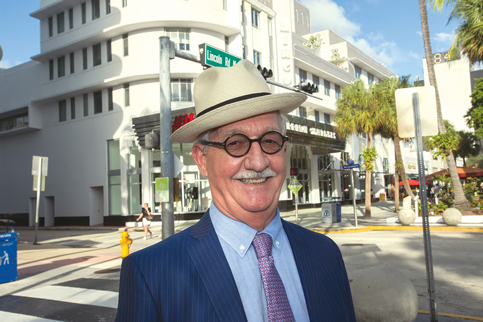 Lincoln Road will soon undergo a roughly $50 million facelift, but Miami Beach commissioners are questioning if another step needs to be taken to bring back the “magic” on the street – limiting big box stores.

At a Dec. 15 Land Use and Sustainability Committee meeting, officials discussed the possibility of enacting restrictions based on square footage or usage intended to preserve the character of the road and protect local businesses.

“The Lincoln Road of 20 years ago was very different from what we have today,” item sponsor Ricky Arriola said. “You had a lot of locally owned businesses, mom and pops. It was eclectic, it was unique, it was magical. And that’s what made it so popular. And then the popularity drew in a lot of national big boxes and pushed out the little guys.”

“Over the years there has been a balance of larger stores and smaller, boutique stores” on Lincoln Road, said a memo from City Manager Jimmy Morales. “However, given the uncertainty of the current economy, as well as the change in venue of larger spaces such as the Regal Cinema at Alton Road, regulations dealing with business sizes may be warranted.”

Mr. Arriola expressed concern that, if a space occupied by a large vendor such as Regal Cinema were to close permanently, a “big box” retailer such as Home Depot could take its place, which might not be in the best interest of the road.

According to Planning Director Tom Mooney, commissioners and staff have been working closely on this with the Lincoln Road Business Improvement District, which has formed a subcommittee to review and make recommendations on related proposals.

Other cities around the nation, he said, have placed regulations on commercial building size. San Francisco, the memo said, caps square footage in certain neighborhoods at 4,000 square feet, while on the larger end Largo, FL, caps size at 125,000 square feet but requires uses over 50,000 square feet to meet design standards.

Mr. Mooney said one number that has been “thrown around” at Improvement District meetings is 40,000 square feet.

Timothy Schmand, executive director of the business improvement district, said basing measures strictly on size might not have the desired effect, as big box retailers could squeeze into smaller spaces.

“The stewardship of Lincoln Road is as important to the owners as it is to the city,” he told commissioners. “The belief of the subcommittee, and they voted affirmatively in this direction, is to try and limit the uses, rather than merely look at the sizes.”

“The concept of use versus size is intriguing,” Mr. Arriola said. “I’m not sure you can’t do both.”

Certain “problematic and nuisance” uses, the memo states, are already prohibited on Lincoln Road, excluding pawnshops and tobacco dealers as well as grocery stores and pharmacies.

“We don’t want to over-regulate the private market,” Mr. Arriola said. “But we’ve found ourselves in a situation where we’re going to have to invest $50 million of taxpayer money to revitalize a street because it’s just not competitive with other destination shopping areas. This is trying to prevent that in future decades by preserving what works.”

Certain uses such as big box dealers, he said, wouldn’t fit the character of Lincoln Road and could lessen the pedestrian and shopping experience for guests.

During public comment, Wayne Roberts expressed concern over “over-legislation,” stating that it could even be an attraction for visitors and residents to have the “right” big box store nearby.

“I think it would be a mistake to over-legislate business and types of businesses,” he said, “other than maybe pharmacies or how many Starbucks can be on one block.”

Commissioners Mark Samuelian and Michael Gongora both spoke in support of the item’s intent and the possibility of looking into size and use regulations, and the committee opted to keep working with the Business Improvement District to bring the topic back in January for further discussion.

2 Responses to To regain magic, Lincoln Road big boxes may be limited