Advertisement
The Newspaper for the Future of Miami
Connect with us:
Front Page » Government » Zoo Miami still awaiting first of sister zoos OK’d in 2017 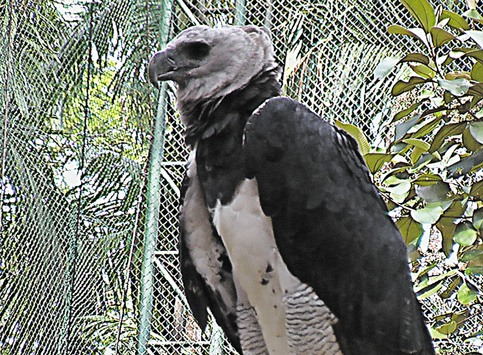 In August 2017, former Miami-Dade Mayor Carlos Giménez sent a proposal to county commissioners detailing a new sister zoos program that would pair Zoo Miami with zoos in the Bahamas, Colombia and Jamaica. However, there have been no formal agreements yet to establish those relationships, said Ron Magill, Zoo Miami’s communications director and goodwill ambassador.

“I do know that we have worked with Colombia regarding Giant River Otters, and with the Bahamas and Jamaica regarding endangered species of iguanas, but I don’t know of any official ‘Sister Zoo’ documents that have been signed,” he said.

The only official document regarding any sister zoo program, Mr. Magill said, is the one with the Summit Zoo in Panama City, which was signed in June 2001 by then Miami-Dade Mayor Alex Penelas and then mayor of Panama City Juan Carlos Navarro, as well as the then Zoological Society of Florida president Glenn Ekey and the then director of the Miami-Dade Parks and Recreation Department Vivian Donnell-Rodriguez.

The Panama project, Mr. Magill said, “was something that I initiated and took very personally, which is what led to us being able to officially establish that relationship with the Summit Zoo in Panama.”

Mr. Magill said he made over 30 trips to Panama and met with mayors, ambassadors, and other dignitaries to create a campaign to build a center for the harpy eagle and raise national awareness about the bird as a symbol for the republic. Not only did they build the center, he said, but on April 10, 2002, the group convinced the Panamanian Congress to pass a law officially designating the harpy eagle as the national bird of Panama.

Through the Ron Magill Conservation Endowment established at Zoo Miami, Mr. Magill said, thousands of dollars are provided annually to Panama to help in continued conservation efforts for a variety of animals.

As to why the sister zoo program with the Bahamas, Colombia, and Jamaica has not moved forward, he said, “Unfortunately, I was not brought into the loop on those, so I really do not know why they never came to fruition. My best guess is that there were simply too many things happening at that time and there just wasn’t any follow-through.”

To properly establish these agreements, there needs to be a significant commitment, dedication, and leadership to help guide it through while developing close relationships with key personnel in those countries, he said.

“To the best of my knowledge, that simply did not happen because it was not a priority at the time.”

However, despite there being no official documents signed to partner with sister zoos, Zoo Miami Director Carol Kruse said, “Zoo Miami doesn’t have official sister facilities, but we already collaborate with zoos across the globe, as members of the same world associations.”

The zoo here creates partnerships with zoos regionally, nationally and internationally on issues like species conversation, she said, and participates in the exchange of intellectual resources.