Advertisement
The Newspaper for the Future of Miami
Connect with us:
Front Page » Education » Miami Dade College enrollment falls 12% 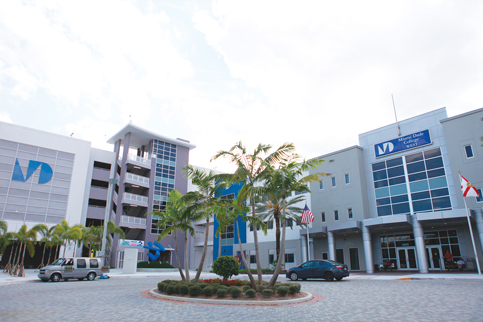 State colleges in Miami and elsewhere have seen a dramatic decline in student enrollment due to the ongoing challenging brought by the coronavirus pandemic.

Student enrollment is down 5% to 10% at most of Florida’s 28 state colleges, according to St. Johns River State College President Joe Pickens, who is also chairman of the college system’s Council of Presidents, the News Service of Florida reports.

“When we began back in September, we saw a 17% decline in student enrollment,” said Lenore Rodicio, executive vice president and provost for Miami Dade College. “We had to mobilize and create a large campaign during what we call our mini-term enrollment, and on Oct. 26 we saw a 5% increase, which moved our student enrollment decline to 12%.”

The mini-term student enrollment campaign also saw a 69% increase compared to last year, Dr. Rodicio said. “Overall, we are down, but we see students wanting to get back on track and start their education.”

The News Service of Florida also reported on national enrollment numbers tracked in a survey conducted by the National Student Clearinghouse. The survey found that undergraduate enrollment nationwide had dropped by more than 4% in the fall semester compared to last year, with state colleges being hit the hardest with a decrease of 9.4%.

Typically, when the economy isn’t doing well student enrollment is positive, but this is not a typical recession, Dr. Rodicio said.

“Students want to wait this out and prefer to enroll in in-person classes like before. They are afraid of being on campus, that’s the dilemma,” she said.

Miami Dade College courses are currently being offered 50% in-person and 50% online. “For example, for Monday, Wednesday and Friday scheduled classes, a third of students come in person each class day, while the rest of students are connected remotely,” Dr. Rodicio said.

Finances continue to be a primary concern with a lot of people being unemployed, she continued. “We are trying to put out $9 million of scholarship funds to help students with tuition and fees thanks to donors from the Miami Dade College Foundation and also allocated another $10 million for the spring.”