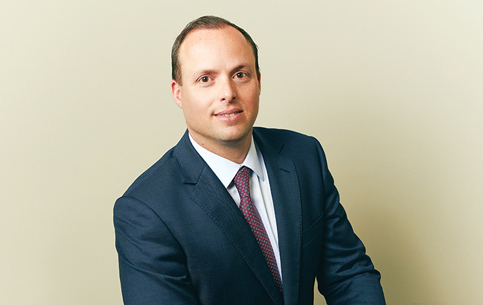 In addition to the day-to-day obstacles of running a financial service business in a competitive, regulated environment, Miami’s bankers now have the challenge of the Federal Reserve Bank’s surprise move last weekend to cut interest rates drastically in response to the coronavirus-inspired economic crisis.

“The most significant issue affecting bankers currently is the regulatory environment,” said Frank Gonzalez, principal-in-charge of MBAF’s audit department and leader of the firm’s Financial Institutions and SEC practices, via email.

“Bankers are spending a lot of capital trying to keep up with the current regulatory environment and finding ways to make regulatory processes more efficient, like enhancing information technology strategies and processes. The banking world has become very competitive and bankers struggle with trying to keep regulatory costs down and at the same time increase revenues by adding new products to make them more competitive. Unfortunately, the regulatory environment coming from the Obama era to the Trump era has not softened enough to make smaller banking institutions more viable.

“The interest rate environment has also made it extremely tough for bankers to make money,” Mr. Gonzalez said. “More and more banks are merging or being acquired to try to remain or be more competitive. More and more capital is needed.

“In addition, we are seeing some de novo banks but not many, maybe three to four in the state of Florida in the past two years. The regulatory environment is still very difficult and expensive for banking institutions. It’s hard to remain or be profitable in the current environment and raising capital is not as easy as it was maybe 15 years ago. Even with a few de novo applications being filed there is no guarantee that the necessary capital to open will be raised by these potential banking institutions.

“The lowering of interest rates to about zero and the purchase of bonds is the Federal Reserve’s initiative to ease the economic impact of the crisis we are now facing due to the effects of the coronavirus,” Mr. Gonzalez said this week. “This should assist banks in lending more to their customers/borrowers and, therefore, increase their loan/credit portfolios. This is a very positive undertaking not only for the banking industry but also for the needs of local businesses that are struggling during this crisis. The Federal Reserve’s initiative will make it easier for banks to borrow money and in turn lend to customers in their communities.”

“The local banking industry is in the midst of a major transformation resulting from increasing competition from fintech companies such as PayPal and Venmo,” said Bowman Brown, partner in the Miami office of Shutts and Bowen and chairman of the firm’s Financial Services Practice Group, via email.

“Local banks are scrambling to take advantage of technology that will allow them to effectively compete with these fintech competitors and the larger banks that can afford to take advantage of technological advances. Many local bankers have concluded that the cost of acquiring the technology required to enable them to compete with the fintech competitors and the larger banks is unaffordable, and are considering their options to either grow through acquisition or sell.”

When asked this week about the Fed’s action, Mr. Brown said, “I’m not an economist, but I view the Federal Reserve actions announced this weekend to be extremely helpful in addressing economic dislocations created by Covid-19 pandemic concerns. In this regard, the Federal Reserve has taken significant steps to ensure the availability of credit to banks and businesses, and to provide liquidity to the markets to ensure that they continue to function efficiently.

“Combined with what I hope will be a major federal government fiscal stimulus program, [this] should ameliorate the economic slowdown that will most certainly result from the effects of the Covid-19.”

In South Florida, “The Fed has provided very substantial additional liquidity to banks through the Fed discount window and the reduction of reserve requirements to make sure that the banks are in a position to lend freely,” he said. “The result remains to be seen. It will be up to the banks to determine whether or not lending in this environment is prudent. Needless to say, banks with extensions of credit to businesses that will be adversely impacted by the Covid-19 pandemic may well face credit problems.”

The Fed’s action, while “pro-active,” has had the opposite effect of what was intended, said J.C. de Ona, Southeast Florida Division president of Centennial Bank.

“Instead of calming the markets, it’s created more uncertainty,” he said. “It made people wonder, ‘What does the Fed know that we don’t know?’ Usually when the Feds cuts rates, markets go up, but that hasn’t happened. We’re in uncharted waters with this.”

But perhaps more serious, “When you do something like this, you don’t leave yourself any room,” he said. “It’s as if they went in there with a bazooka and said ‘Let’s give it all we’ve got to see if we can keep this economy from recession.’ The next step is a negative interest rate, and I don’t think we want to go there.”

Mr. de Ona said he is optimistic for the long term. “We will pass this year, but there will be ripples in the travel and hospitality industries. At the same time, it will open some eyes that maybe we shouldn’t be so dependent on China.”