Advertisement
The Newspaper for the Future of Miami
Connect with us:
Front Page » Transportation » All-free Miami-Dade transit is answer, Xavier Suarez says 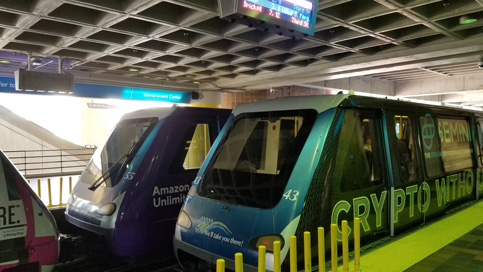 Among attempts to regain riders on Miami-Dade transit, some, like contactless payment and monthly discounts, are here now. Others, like Transit Alliance’s redesign of the Metrobus route network, are near.

But Commissioner Xavier Suarez says one solution gaining steam around the US, at which city trolleys here excel, could add widespread ridership: make it free.

“It is time for Miami-Dade County to come into the 21st Century and provide fare-free public transportation,” Mr. Suarez said in a Dec. 15 press note. “Given the fact that total revenues from buses and Metrorail barely exceed $100 million, which is less than 2% of the operating budget for the county, the time has come to induce the use of mass transit by any and all means.”

If local lawmakers adopt the resolutions, Mayor Carlos Giménez and TPO Director Aileen Bouclé’s offices would have 90 and 120 days, respectively, to do the studies and report.

The move would cost the city about $9 million, roughly what it gets yearly from bus fares, CityLab.com reported.

In a one-year experiment with citywide free transit in Austin, TX, from 1989 to 1990, use rose 88% in seven months but security incidents on transit shot up 143% and the city’s school district said the “program … promoted truancy by enhancing student mobility.”