Advertisement
The Newspaper for the Future of Miami
Connect with us:
Front Page » Profile » Jose Gonzalez: Developer leads Builders Association of South Florida 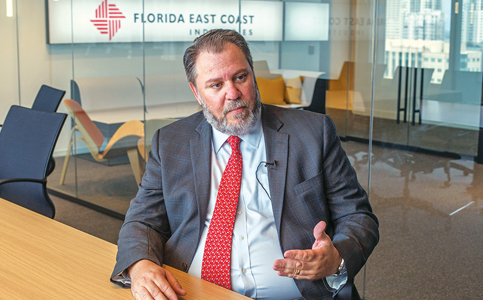 But like many, he had to work to get through college, and the first job he landed – an entry-level position in Miami-Dade County’s Building and Zoning Department – set him on an entirely different trajectory.

A year after he’d enrolled at Florida International University, Hurricane Andrew struck South Florida, and the demands of circumstance prompted his move from part- to full-time work to rise to the challenges he saw in front of him.

“I was studying political science,” he said. “I ended up learning more about the construction industry and its regulatory side on my feet.”

At 22, when many peers were graduating from college, he was recruited by real estate investment and development entrepreneur Armando Codina to work on a new project: Dolphin Mall.

Things progressed from there. In 2006, when the Codina Group merged with Flagler Development Group, he stayed on under its parent company, Florida East Coast Industries (FECI).

In recent years, Mr. Gonzalez has overseen the development of Brightline – soon to be renamed Virgin Trains USA – which by 2022 is expected to directly link Miami and Orlando by high-speed luxury rail, as well as expansions in industrial development through Flagler Global Logistics.

And in late 2018, he was named president of the Builders Association of South Florida, a nonprofit that provides developers in the region with a multitude of services and lobbies for their interests in Tallahassee and Washington, DC.

“I want to take all I’ve learned and apply it to see how this community will move forward in the next 30 years and create relationships between the private and public sectors,” he said. “That partnership will propel us to doing meaningful things and create meaningful regulation that takes this community in the right direction.”

Mr. Gonzalez sat down with reporter Jesse Scheckner. The interview, recorded by Jahmoukie Dayle, can be viewed below.