Advertisement
The Newspaper for the Future of Miami
Connect with us:
Front Page » Transportation » Bridge over Miami River may be replaced in two years

Bridge over Miami River may be replaced in two years 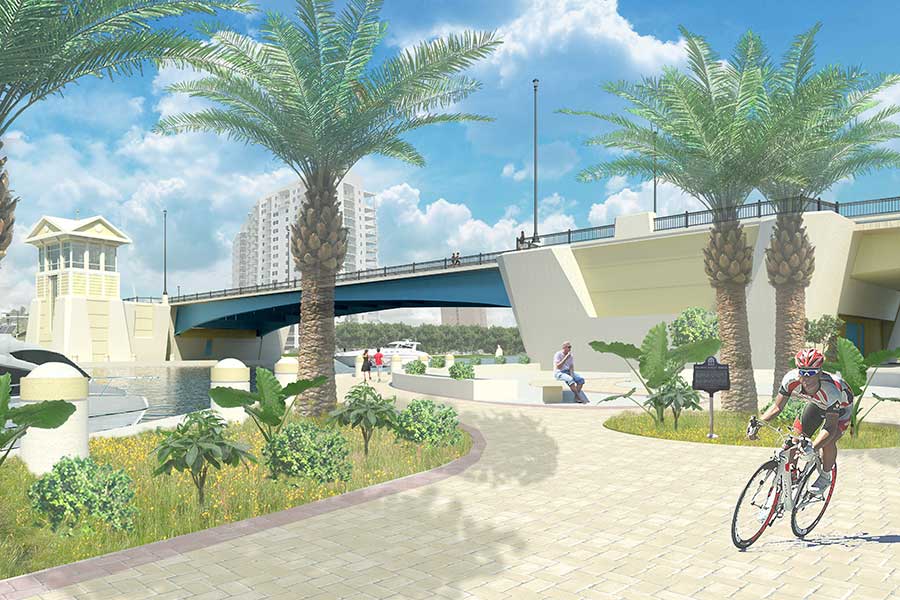 State officials say replacement of the Southwest First Street Bridge over the Miami River may take only two years – if demolition and construction go like “clockwork.”

The project begins May 20 on a three-year schedule with completion in June 2022. But the contractor gets a $4.2 million bonus to finish in two years instead of three. That incentive was cited Monday at a Miami River Commission meeting as Florida Department of Transportation (FDOT) officials outlined bridge replacement.

Arturo Perez, senior project engineer, said the project has “a very aggressive schedule” and with no unforeseen delays, work could be done in two years.

The bridge carries eastbound traffic into the heart of downtown. The bascule bridge opens to permit boats to pass. More than 8,500 cars a day cross the state-owned and -operated span, which is considered structurally deficient.

“At this point, we’re ready to move forward with construction,” said Sergies Duarte of FDOT.

The new bridge, at an estimated cost of $67.2 million, is expected to:
■Replace the bascule bridge built in 1929.
■Provide new approach spans, a new bridge tender house, and riverwalks under the bridge.
■Install new seawalls.
■Provide sidewalk connections to the bridge deck and Miami Greenway under the bridge.
■Relocate utilities and improve stormwater drainage and street lighting.
■Reconstruct the roadway.
■Install an exclusive bicycle lane between Southwest Fifth and Second avenues.
■Update sidewalks, curb ramps and crosswalks.