Advertisement
The Newspaper for the Future of Miami
Connect with us:
Front Page » Communities » Coconut Grove Playhouse restoration at turning point 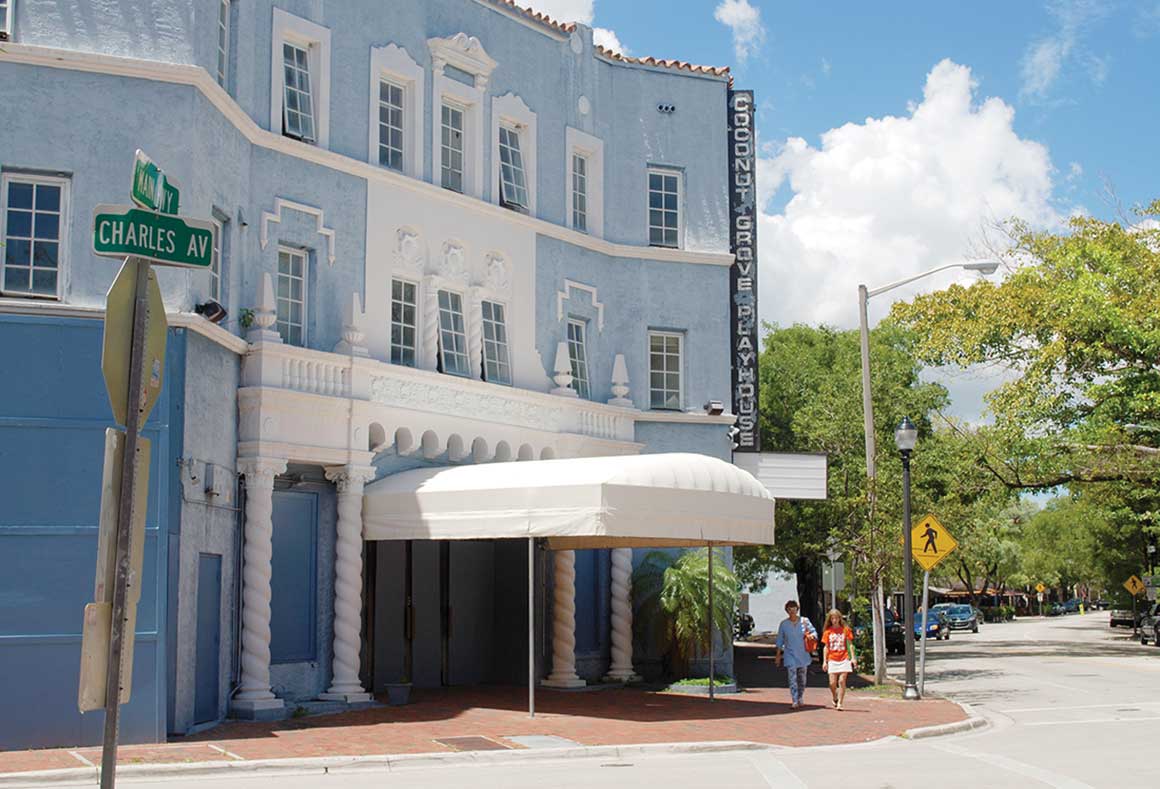 The final decision rests in the hands of Miami city commissioners who are today (4/25) scheduled to hear the county’s appeal of a March 5 decision by the city’s Historic and Environmental Preservation Board (HEPB).

On a split vote of 6 to 4 the board denied the county’s restoration plan.

County officials have filed an appeal, asking the city commission to grant the appeal and reverse the board’s denial.

The plan to rehab and reopen the famous venue at 3500 Main Highway has lingered in administrative appeals and litigation for years.

Opponents of the county’s plan continue to fight for preservation and restoration of the entire aging hulk, including a 1,000-seat auditorium.

The county’s plan would basically save and restore the front of the theater, demolish the larger auditorium and build a new 300-seat theater.

Mr. Noriega is involved in the overall project because the parking authority has an agreement with the county to build and operate a municipal parking garage lined with retail stores next door to the rebuilt theater.

While he was down and frustrated at the March meeting of the Off-Street Parking Board, after the March 5 HEPB meeting, he was optimistic and confident at the parking board’s April meeting.

Mr. Noriega said he has a “good feeling” that the city commission will approve the appeal, thereby approving the county’s plan. He said he reached that conclusion after hearing “really positive feedback” when he met with city officials.

The state owns the historic property on Main Highway and has leased it to the county and Florida International University. The lease calls for site restoration and a new modern theater run by GableStage.

Both sides of the matter are spreading the word about today’s city commission meeting, calling for people to pack city hall and let their voices be heard. Because the case is a planning and zoning item, it will be heard in the afternoon.

The county is calling for supporters, using postings on a website devoted to the playhouse, managed by the Department of Cultural Affairs.

“We are appealing to the unfair and unfortunate action of the City of Miami’s Historic and Environmental Preservation Board which denied the County’s application to move forward with plans to revitalize the Coconut Grove Playhouse,” the county’s website says.

“This is the deciding moment for the future of the Playhouse and the revitalization of downtown Coconut Grove. If the City Commission approves the County’s appeal, the County is ready to submit the Playhouse project’s architectural plans for a building permit.

“After years of work and exhaustive research, renovation and construction are ready to begin. Thoughtful historic preservation, a village-friendly design, and great theater can return to this important site,” the county’s site says.

A parking board member asked Mr. Noriega what will happen if the city commission doesn’t approve of the county plan. Mr. Noriega said it would be an “upset” and might result in an “entire redesign that could significantly impact the project.”

The March 5 vote of the HEPB was surprising because the county’s plan received an initial favorable vote from the same board in 2017 (although some board members have changed).

The board first reviewed the master plan for the playhouse project on April 4, 2017, and approved the concept, which includes partial demolition and new construction of a 300-seat theater. The board agreed to issue a certificate of appropriateness for the master plan, conditioned on the county returning with final plans.

Administrative appeals and litigation stalled the project until late last year. On Dec. 10, a three-judge panel of the Circuit Court Appellate Division ruled in favor of the county.

In its appeal of the latest HEPB decision, the county writes: “Thus, the March 5, 2019 hearing was to consider those final design plans in accordance with the 2017 approval. Nothing relevant to the propriety of demolishing the auditorium has changed since April 2017, and throwing away the public dollars spent on designs that relied on that prior approval would be the height of wastefulness.

“But despite the prior approval, the court’s clear instruction that the County could not be forced to preserve the interior in this proceeding, and the public policy reasons to not throw money away by going back to the drawing board, the HEPB decided not to review the finer points of the County’s detailed plans and instead focused on the demolition of the auditorium building.

“In demanding that the County produce different plans to show full restoration of the auditorium building, the HEPB did indirectly that which the court had said could not be done directly in this proceeding: require preservation of the auditorium and its interior theater space,” the county says in its appeal.

The county has $20 million in approved bonding to revive the theater, which has been deteriorating since it shut down in 2006 after financial troubles strapped the group in charge.

The historic venue was built in 1926.