Advertisement
The Newspaper for the Future of Miami
Connect with us:
Front Page » Education » Museum raptor center winging to North Miami Beach 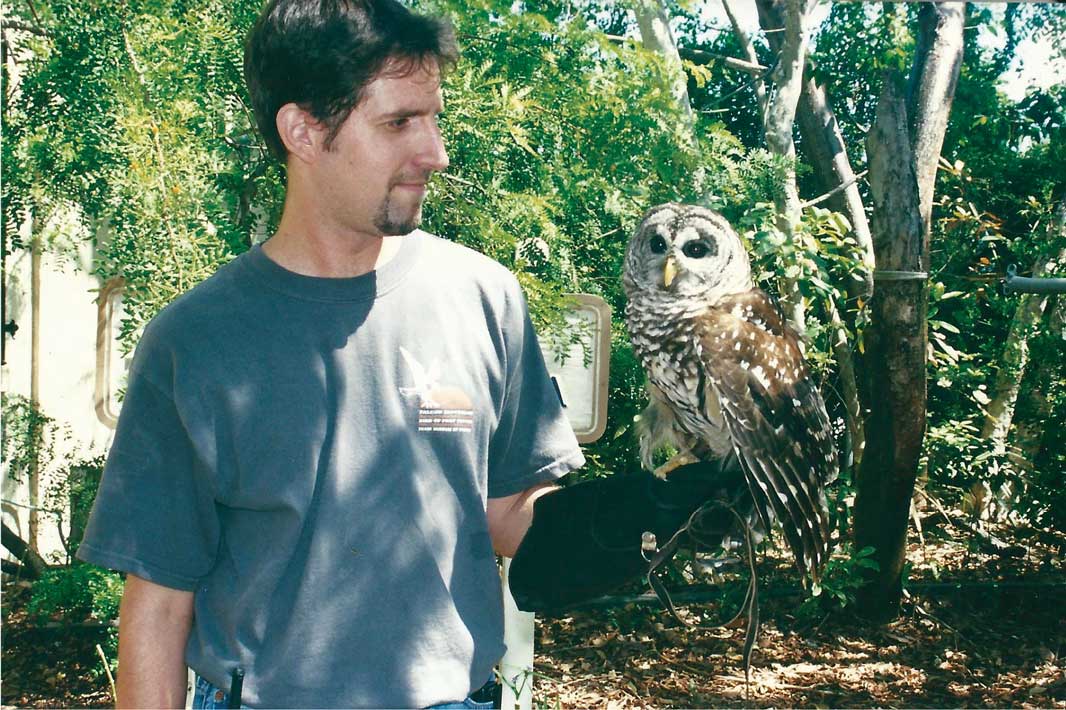 The Frost Museum of Science has a new home for its raptor rehabilitation center, as Miami-Dade lawmakers last week OK’d a deal with the museum to build and operate a North Miami Beach center to replace the old Vizcaya location.

The new center will be developed and maintained at a 2,651-square-foot former fire station building at Greynolds Park and provide the public with “environmental education programming… in collaboration with the park’s existing programming activities,” county Cultural Affairs Director Michael Spring wrote April 9.

The museum will spend an estimated $1 million on designs, permitting, development, construction and operational costs.
Miami-Dade, Mr. Spring wrote, will pay nothing.

Final conceptual plans for the center – which will be renovated inside and out and include a 100-foot-long flight cage with cameras and a new parking lot – still need to be reviewed and approved by the county.

The museum’s contract with the county shows that the center will also include:
■Outdoor bird mews.
■A general clinic, surgery suite, holding space, food preparation room and recovery area.
■Radiology and necropsy rooms.
■A 24-person classroom for educational and conservational programming, including a new collaborative program with the county parks department.
■A receiving and office area, restrooms and storage space.

The Frost Museum, now located downtown at a new 250,000-square-foot facility off Biscayne Boulevard, closed the doors of its Coconut Grove location from the public in August 2015 after 55 years of operation.

But until recently, the museum continued to house its administrative offices and Falcon Batchelor Bird of Prey Center there.

Built in 1991, the center received roughly 400 injured birds yearly, rehabilitating those it could and serving as a permanent habitat for those it could not release, including an Eastern screech owl and American bald eagle, the museum’s website states.

Last year, as the museum’s lease term neared completion, staff identified the former fire station as a possible replacement site.
Renovation, conversion and construction of the new center site, Mr. Spring wrote, will be paid by the Batchelor Foundation – the same philanthropic group that funded the original center – and be managed by Christina Salinas Cotter, parks assistant director of performance excellence.

Waiving the county’s regular bidding process, he continued, is in the county’s best interest because of the museum’s “proven track record in running a successful raptor rehabilitation center and educational conservation and preservation program,” as well as its “specialized expertise in… preservation and conservation services, their compatibility with the site’s unique facilities and outdoor natural areas, and their commitment to renovating the [fire station] at their own expense.”

Were the center not built there, he concluded, the former firehouse “would otherwise remain dormant” until the county itself paid to improve it.
Greynolds Park, officially dedicated in 1936, is Miami-Dade’s second-oldest park and was a popular attraction in the 1960s for hippies whose “love-in” gatherings there featured live music performances by popular acts like the Grateful Dead, according to the park website.

Today, the 249-acre park pays homage to that time with an annual love-in event in May.

Once completed, the new raptor center will join other amenities at the park including bike and nature trails, campgrounds, picnic pavilions, a golf course, canoe launch, nature center and playground, as well as educational “EcoAdventures” programming.