Advertisement
The Newspaper for the Future of Miami
Connect with us:
Front Page » Transportation » Miami-Miami Beach transit link advances, with water options 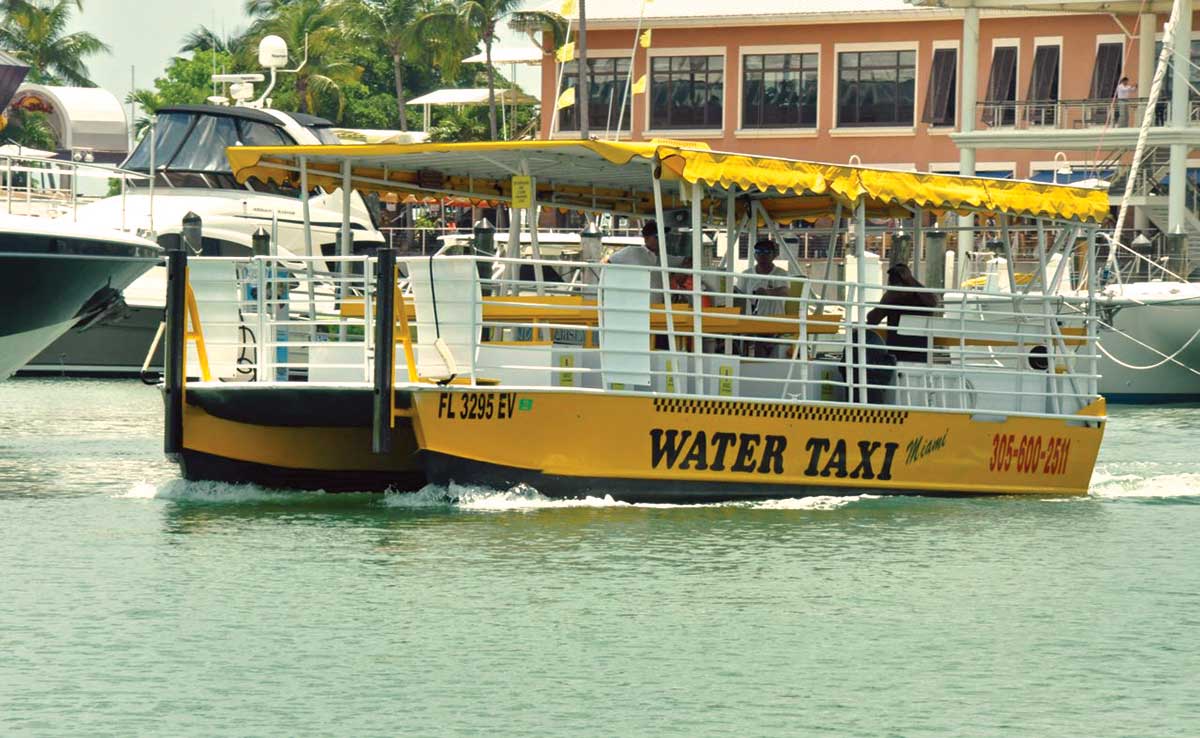 For more than five years now, Miami Commissioner Wifredo “Willy” Gort has pushed for studies and programs to improve public transportation on the area’s waterways.

Mr. Gort believes that with Biscayne Bay at our doorstep, and the long and winding Miami River and tributaries extending waterways inland, this area is ripe for more waterborne transportation services.

Countless times he has pushed city colleagues, along with county and state officials, to seriously explore and create waterborne transportation, along with other methods to ease the chokehold of cars and trucks on Miami’s streets and highways.

His latest advancement for water transit came April 11 when the Miami City Commission was acting on a resolution to proceed with a partnership to build a public transit connection with Miami Beach.

The long-sought goal is to establish public transit routes from the mainland city to the island city.

As he has mentioned many times, Mr. Gort said Miami is one of the few major cities with a vast connection to water but with little to no water transport.

“There is so much water … and it’s just not utilized for waterborne transportation like it could be,” he said.

The latest legislation called for establishing a partnership among the city, Miami-Dade County and the City of Miami Beach to improve regional mobility between the city’s urban core and Miami Beach via the MacArthur Causeway.

In the summer of 2016 the three local governments and the Florida Department of Transportation (FDOT) executed a memorandum of understanding for continuing efforts to improve regional mobility between the City of Miami and Miami Beach.

The new resolution has the three governments enter into a multi-agency partnership to advance efforts in connection with the county’s Strategic Miami Area Rapid Transit (SMART) Plan, adopted by the county commission, which identifies the Beach Corridor Direct Connection Project as one of six rapid transit priority corridors, for the completion of environmental, planning and engineering studies.

Mr. Gort indicated support for the move but wanted to make sure the studies also examine potential waterborne transportation routes and services.
The resolution was then approved by a unanimous vote of city commissioners.

The new partnership will be created through approval of an interlocal agreement, which would then implement terms of the 2016 memorandum of understanding.

The Miami City Commission endorsed the SMART Plan in 2017.

The legislation says the three parties agree to fund the environmental, planning, and engineering studies, having a total estimated cost for the Tier 2 Study of $10 million, with FDOT providing $5 million, the county $3,750,000 in Charter County Transportation Surtax Funds for the project, and the remaining $1,250,000 in three equal amounts of $417,000, subject to budgetary approval.

Guiding the implementation of the overall SMART Plan is the Miami-Dade Transportation Planning Organization, or TPO.

The organization adopted a resolution in 2016 endorsing the SMART Plan and directed the executive director to work with a fiscal priorities committee to determine the costs and potential sources of funding for project development and environment study for the projects.

The plan includes rapid transit corridors and express bus routes to increase connectivity for about 77% of Miami-Dade County residents who travel outside their residential district for employment in other areas of the county.