Advertisement
The Newspaper for the Future of Miami
Connect with us:
Front Page » Communities » Miami looks at filling large bayfront FEC Slip 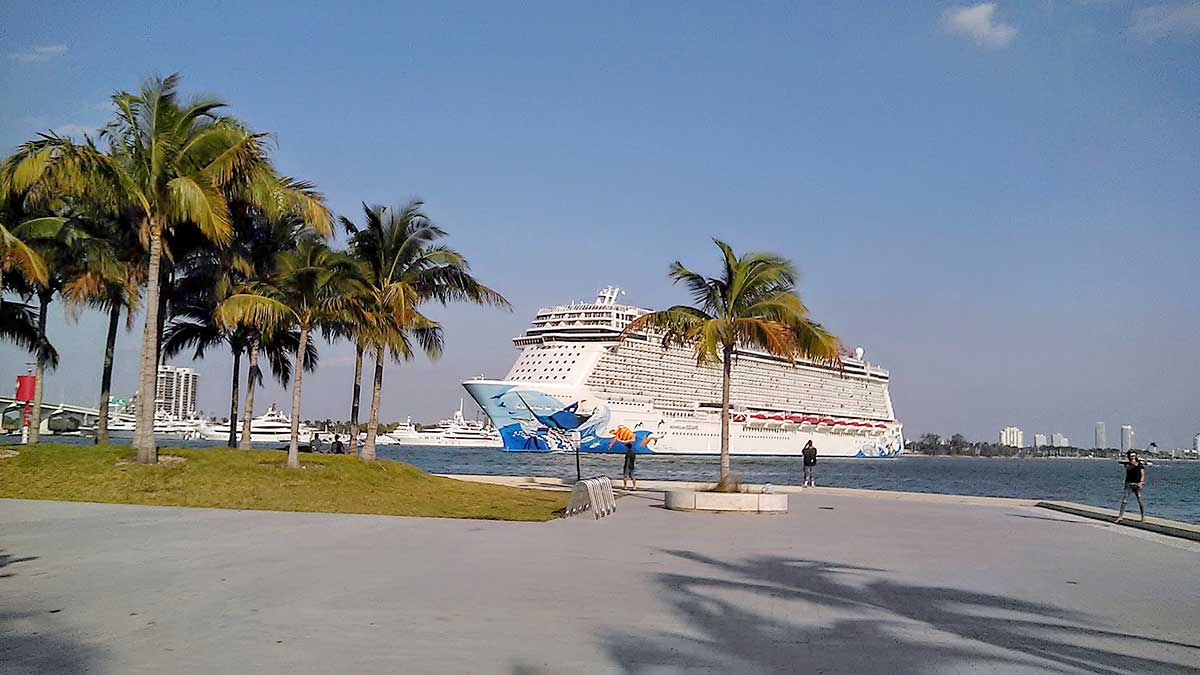 Maurice A. Ferré Park downtown has been saved from commercial development and Miami commissioners are now considering filling in the large FEC Slip next door to expand the waterfront park’s footprint.

Scores filled City Hall on April 11 with pleas to support commission Chairman Ken Russell’s resolution to protect the park and slip from commercial development. The resolution ran counter to an active city request for proposals for a marina, ship store and restaurant at the site.

The 39-page request issued Jan. 18 by the Department of Procurement, on behalf of the Bayfront Park Management Trust, which oversees Bayfront Park and Maurice A. Ferré Park, sought proposals by April 18 for lease of city-owned waterfront for “marina/restaurant/ship’s store uses” at Florida East Coast (FEC) Slip at Maurice A. Ferré Park, a former seaport dock that fronts the park’s south edge.

Commissioner Joe Carollo, who chairs the Bayfront Park Management Trust board, said he sought the proposals after a developer proposed filling the slip with floating surfaces to build upon.

A city dedication in January renamed the park in honor of Mr. Ferré, a longtime city mayor and community leader.

In a March 25 letter, Mr. Ferré opposed the request for proposals, which he said would open more Biscayne Bay waterfront to major commercial development. He also opposes a plan for a Ferris wheel at Bayside Marketplace next to Bayfront Park.

“Please reject these and future requests to further intrude by again improperly monetizing our beautiful series of parks along the waterfront and river of Downtown Miami,” Mr. Ferré wrote.

After a long commission debate, Mr. Carollo indicated he would no longer pursue the request for proposals. Then, commissioners unanimously approved an amended resolution protecting the park from commercial development, but removing two references to the slip.

The commission is expected to later consider legislation to fill in the slip. Mr. Carollo said the county is considering more dredging to deepen the seaport, and with coordination bottomlands dug up could be “free fill” to close the slip.

“It could be a win-win for everybody,” he said. “By filling in the slip we’d give [the park] the size it truly deserves and increase green space tremendously. It would make the park into a bigger crown jewel than it is today.”

He said filling the slip would add about 10 acres to the park and allow for a pedestrian pathway southward past AmericanAirlines Arena. He said the city should force the Heat Organization to follow through on a promise to build a pedestrian bypass connecting to Bayside Marketplace and push the county to make Parcel B, the waterfront east of the arena, into a full-fledged park.

Those moves could extend public access on the bay from the InterContinental Miami hotel, at the Miami River’s mouth, north to Pérez Art Museum Miami, Mr. Carollo said. “This would be what we all truly wanted.”

There are also plans for a baywalk under the MacArthur Causeway northward.

Commissioner Manolo Reyes supported the resolution protecting Ferré Park but wants the city attorney to draft a resolution to protect all parks from commercial development.