Advertisement
The Newspaper for the Future of Miami
Connect with us:
Front Page » Top Stories » Bridge replacement to cause three-year detour

Bridge replacement to cause three-year detour 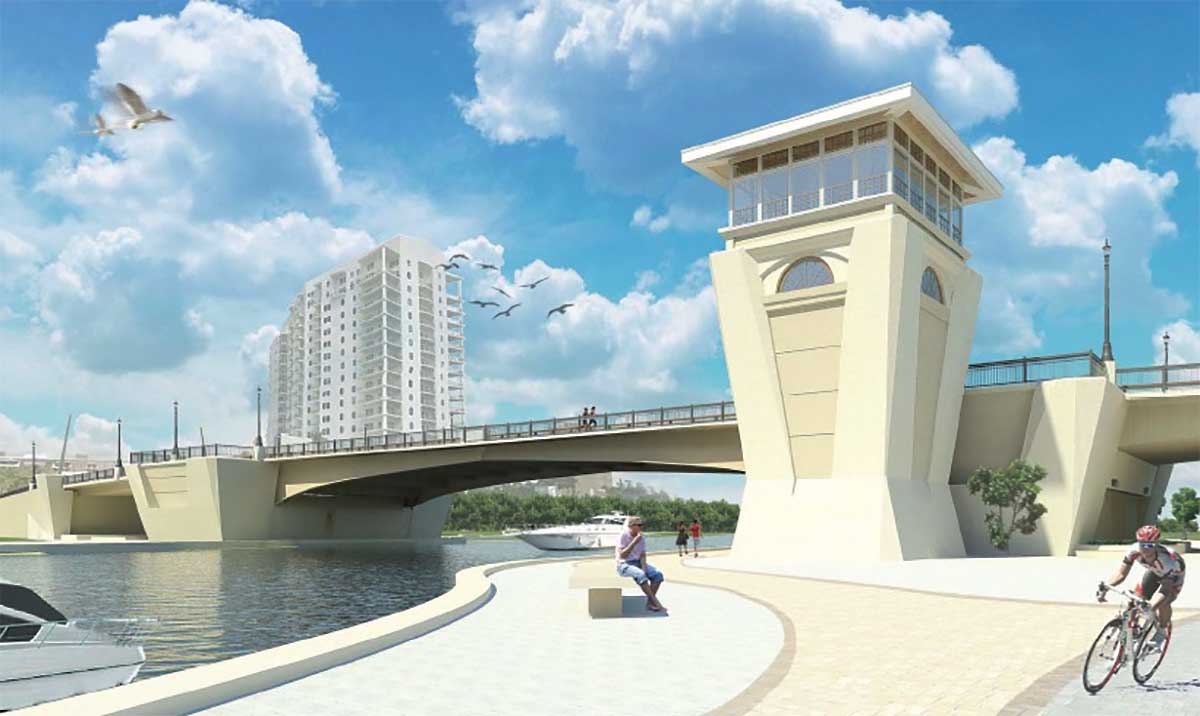 Work is to begin the week of May 20 on a $67.2 million Florida Department of Transportation project to construct a new bridge to replace the 90-year-old bascule bridge along Southwest First Street from Southwest Second to Seventh avenues.

During the three years of construction, the bridge will be closed and a detour will be in place.

The Southwest First Street Bridge carries eastbound traffic into the heart of downtown. The bridge rises and opens to permit water traffic to pass.

More than 8,500 cars a day traverse the state-owned, state-operated span.

The old bridge, built at a cost of $300,000, was considered structurally deficient. Work to replace it was originally to begin in 2018 and be done in 2021. Now completion has been pushed back to June 2022.

The project will reduce the current four lanes of traffic on the bridge to three and add a 5-foot 5-inch wide dedicated bike lane between Southwest Second and Fifth avenues.

The Miami City Commission in 2015 declared four parcels of land on the river surplus and authorized the city manager to convey the land to the state at no cost for the bridge project.

The total contribution to the city from fees and other considerations from the overall project could reach about $118 million, Daniel Rotenberg, director of the city’s Department of Real Estate and Asset Management, said in 2015.

The city resolution said the land was sitting vacant, representing a maintenance cost and liability to the city.

The state is responsible for relocating the existing storm sewer outfall pipes at its expense.

3 Responses to Bridge replacement to cause three-year detour