Advertisement
The Newspaper for the Future of Miami
Connect with us:
Front Page » Business & Finance » Brexit drama also playing out in South Florida 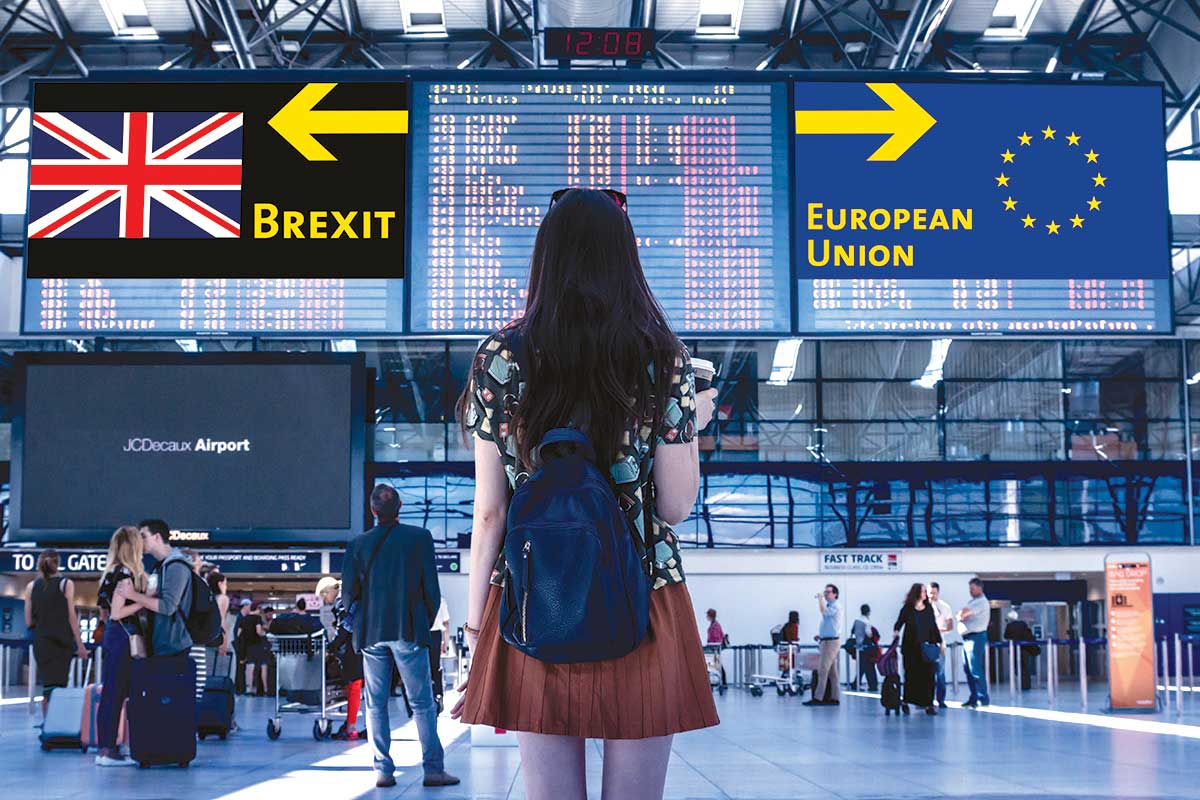 Observers of the Brexit drama playing out in Britain can be forgiven for not making any clear predictions: the situation changes daily, if not hourly, and much remains unknown.

“We see three scenarios,” said Frank Gonzalez, principal in charge of the audit department and leader of the financial institutions and SEC practices group at the MBAF accounting firm. “One, nothing happens; two, they do a ‘hard’ Brexit and break off totally from the European Union; and three, they are able to work together to agree to some compromises” that would soften the impact of Britain’s withdrawing from the European Union.

Because Britons are the second-largest group (after Canadians) of international tourists to visit Florida, and also likely home buyers here, the effects on a no-deal Brexit would be intense, observers say.

“If the US dollar becomes more valuable, it will become more expensive for Britons to come here, to buy here,” Mr. Gonzalez said.

But the complications don’t end there. Bankers here that have relationships with bankers in the United Kingdom are pondering what will happen to those relationships, and deals that may be pending between residents of the two countries, he said.

“What will the regulatory environment be? What will happen to those deals?” Mr. Gonzalez asked. “Will there be a rush to clear those transactions, and will some customers shy away from deals there? There is also concern over derivative products. We just don’t know at this point.”

A no-agreement Brexit would most likely lead to an economic slowdown in Britain, which might negatively affect South Florida, he said, so observers are hoping that some sort of compromises will eventually be struck.

“Some of our clients and customers have been bracing themselves for a year or two now, and now the feeling is that there’s so much more uncertainty,” he said. “There more confusion today than there was a year ago.”

“I’ve read a lot, trying to figure out what’s going to happen, and how it’s going to affect banks and South Florida,” said Greg Bader, a shareholder in the Gunster law firm who practices banking and corporate law.

“There will be a ripple effect, but it may be more muted” if Britain manages to avoid a no-deal Brexit, he said. “An abrupt Brexit would be a lot harsher.

There are still more questions than answers. “We may see more strength in the euro, but what happens to the pound? Does it go down and stay down, or does it recover? Over a period of time, things may change, but there will be some level of disruption.”

Britons buying and selling property here could be negatively affected, but they may find the US a safe haven for their money, as many South Americans do, he said. “There could be opposing forces at work.”

The continuing tug of war between Britain and the European Union could drag down stock markets, he added. “Markets don’t like uncertainty.”

As of late last week, it appeared that the deadline for Britain to withdraw had been postponed. “They’ve moved the goal posts out a year, which gives them more time to negotiate,” Mr. Bader said. “In talking to bankers, most are not worried at the moment. Most are hoping there will be some sort of deal to make it smoother.”

“It looks like the UK has another 12 months to finalize it, and that raises hopes for stability,” said Michael Unger, assistant vice president and investment officer at Coral Gables Trust Co. “A ‘hard’ Brexit, where the UK crashes out of the EU with no deals, would be very detrimental to trade, travel and other areas of the global economy.”

London-based HSBC Holdings, which has a significant presence in South Florida, re-assured investors on a recent conference call that it has a contingency plan in place for when and if Brexit eventually happens, he said.

Should a no-deal Brexit occur, tourists from Britain (whose numbers increased 3% last year) would be missed immediately, he said. If the pound were to falter, “It would be much more expensive for them to come here, and they might not have the ability to incur travel expenses,” especially if the country goes into an economic slump. “There would be a huge impact.”

In the real estate market, a loss of British and even European buyers (assuming the slowdown extends there) might be offset by an expected increase in buyers from the US Northeast who want to escape the federal tax burden of losing their deduction for state and local taxes, Mr. Unger said. “The SALT buyers may protect us from dips in the market,” he explained.

“Most financial markets assume the UK will avoid a ‘hard’ Brexit,” he said. “That would be the path forward with the least dramatic impact on the global economy. The vote to the leave the EU took place in June 2016, and nearly three years later, it still hasn’t happened.”