Advertisement
The Newspaper for the Future of Miami
Connect with us:
Front Page » Transportation » Plan to close Biscayne Boulevard lanes awaits state boost 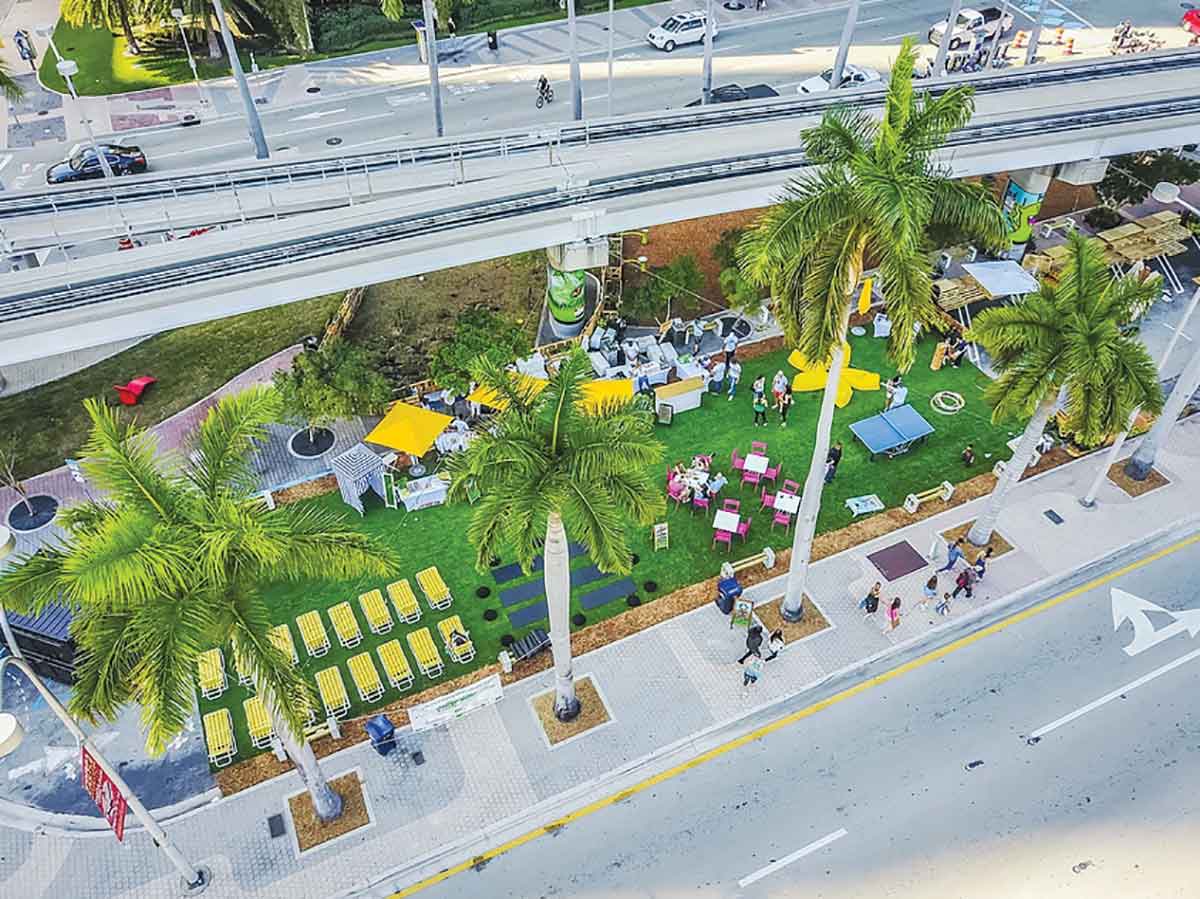 The Biscayne Green project, sponsored by Miami’s Downtown Development Authority, may get a nudge this week if, as hoped, the City of Miami receives a letter of concurrency from the State of Florida.

Biscayne Green would close several lanes of traffic and eliminate some parking on Biscayne Boulevard from Southeast First to Northeast Eighth streets and create a grand promenade, as exists in many European capitals. In addition to connecting the city with Biscayne Bay, the promenade would include sitting areas, green spaces, and “activations” including art exhibits and activities that would invite people out of their cars.

But the Florida Department of Transportation requires a study to determine what will happen to traffic before it will allow the lanes to the closed, said Patrice Gillespie Smith, the authority’s senior manager for planning, design and transportation.

Funding has been set aside for such a study, and a consultant, T Y Lin, has been hired. What will trigger the process is the letter of concurrence.

“T Y Lin has a huge team, and they will study everything, as well as collect a lot of public input,” she said. “They’ll create a great model and help us present our case to FDOT.” The study process is expected to take about nine months, she added.

Even the Miami Parking Authority, facing an annual loss $1.5 million from the spaces that will be removed, is in favor of the plan. Last June, the parking board unanimously approved a new memorandum of understanding with the downtown authority. “We talked to the DDA about our role,” said Art Noriega, parking authority CEO, at that time. “This anticipates a very good working relationship with the DDA.”

He said then that both parties see opportunities ahead. “The future of Biscayne Boulevard will be radically different … this is a really unique opportunity for us, and the DDA as our principal partner.”

A focus will remain on income stream, Mr. Noriega told the parking board then.

“Whatever we lose from the median, we make up a little elsewhere,” he said of a redesigned boulevard. “Our goal is to minimize revenue impact.”