Advertisement
The Newspaper for the Future of Miami
Connect with us:
Front Page » Government » Brickell Avenue Bridge standoff over traffic goes on 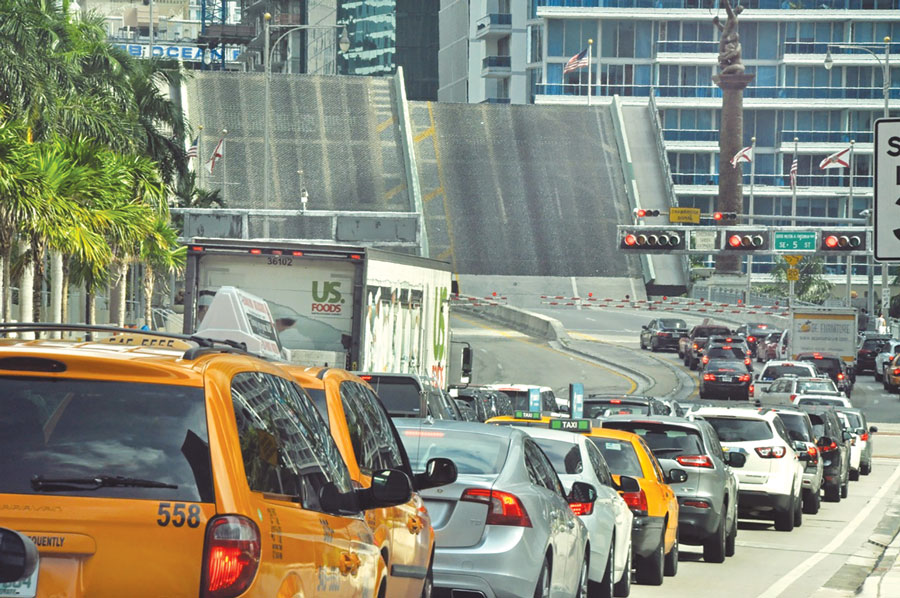 There’s an apparent cease-fire in the battle between Miami’s Downtown Development Authority and the US Coast Guard and the Florida Department of Transportation to enforce (and possibly expand) lock-down times for the Brickell Avenue Bridge.

Authority directors and downtown stakeholders alike can attest to the paralyzing effect excessive bridge openings exert on traffic in the central business district and in Brickell.

“In 2018, the City of Miami, FDOT, US Coast Guard and Miami River Commission agreed in principle to pursue a temporary pilot program that will test the impacts of shifting the Brickell Bridge lockdown periods to account for changes in our downtown traffic patterns,” said Alyce Robertson, authority executive director, via email. “We are now working together to determine the specifics of that program, and we hope to initiate the test period this year.”

The compromise, reached last April, cobbled together the pilot program. If and when it goes into effect, the bridge will be locked down from 8 a.m. to 9 a.m. and from 5 p.m. to 7 p.m. weekdays.

Observers say that the rules aren’t being followed, and bridge operators frequently open the bridge during the lock-down to allow pleasure craft to pass through.

“It’s a shift and a trade-off,” Mr. Russell said then, in that the authority is giving up some time in the morning to gain more time in the evening. The transportation department, which governs vehicular traffic on Brickell Avenue and the bridge, backed the compromise, Mr. Russell said at that time.

But in June, directors heard that the Coast Guard has come back with a list of requests. Key among them: that a northbound lane on the bridge FDOT closed years ago be re-opened.

“We may have a sticking point on this one,” Mr. Russell admitted, because the transportation department has staunchly refused to re-open the lane, saying it would be unsafe. It’s not known whether this is one of the points that’s still under negotiation.

One Response to Brickell Avenue Bridge standoff over traffic goes on