Advertisement
The Newspaper for the Future of Miami
Connect with us:
Front Page » Business & Finance » Miami International Airport gains in on-time performance 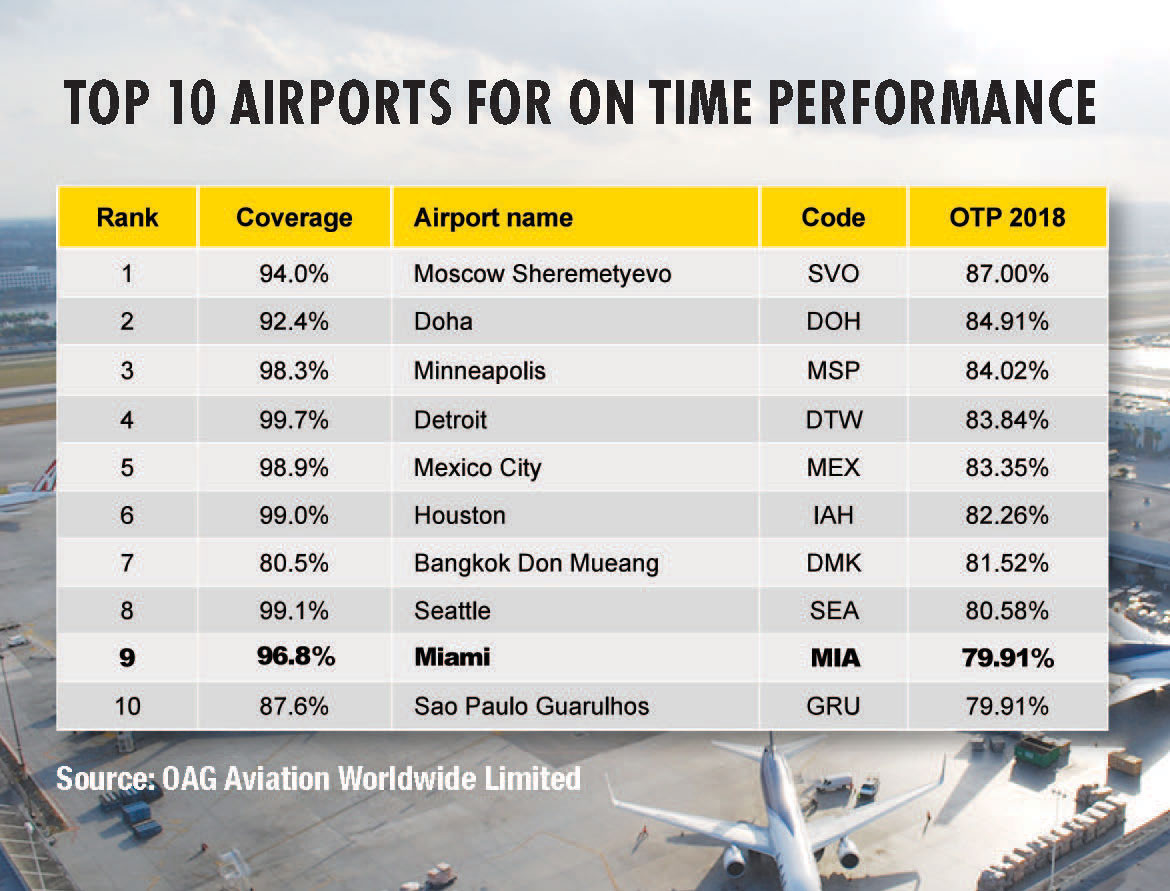 Miami International Airport’s on-time flight performance, as analyzed and reported by the Official Airline Guide (OAG), brought it up to ninth place globally in 2018, an improvement over its ranking of 12th place in 2017.

“MIA was also the fifth most on-time airport in the US and the most on-time in Florida,” said Greg Chin, communications and digital marketing director for the Miami-Dade Aviation Department. The report showed that 79.71% of flights departed on time, he said.

The OAG ranks performance among major airports (30 million to 40 million available departing seats). Fort Lauderdale-Hollywood International Airport made it into that category for the first time, the 2018 report notes.

In the 20 worldwide airports studied, 80% of flights were on schedule, the report notes. “Notable improvers include Mexico City, which moved from ninth place last year to fifth place this year with on-time performance of 83.35%, while Phoenix fell down the rankings from fifth to 11th, and Tokyo Narita fell from seventh to 13th place.”

One Response to Miami International Airport gains in on-time performance