Advertisement
The Newspaper for the Future of Miami
Connect with us:
Front Page » Transportation » Technology to enhance traffic flow on Miami-Dade radar 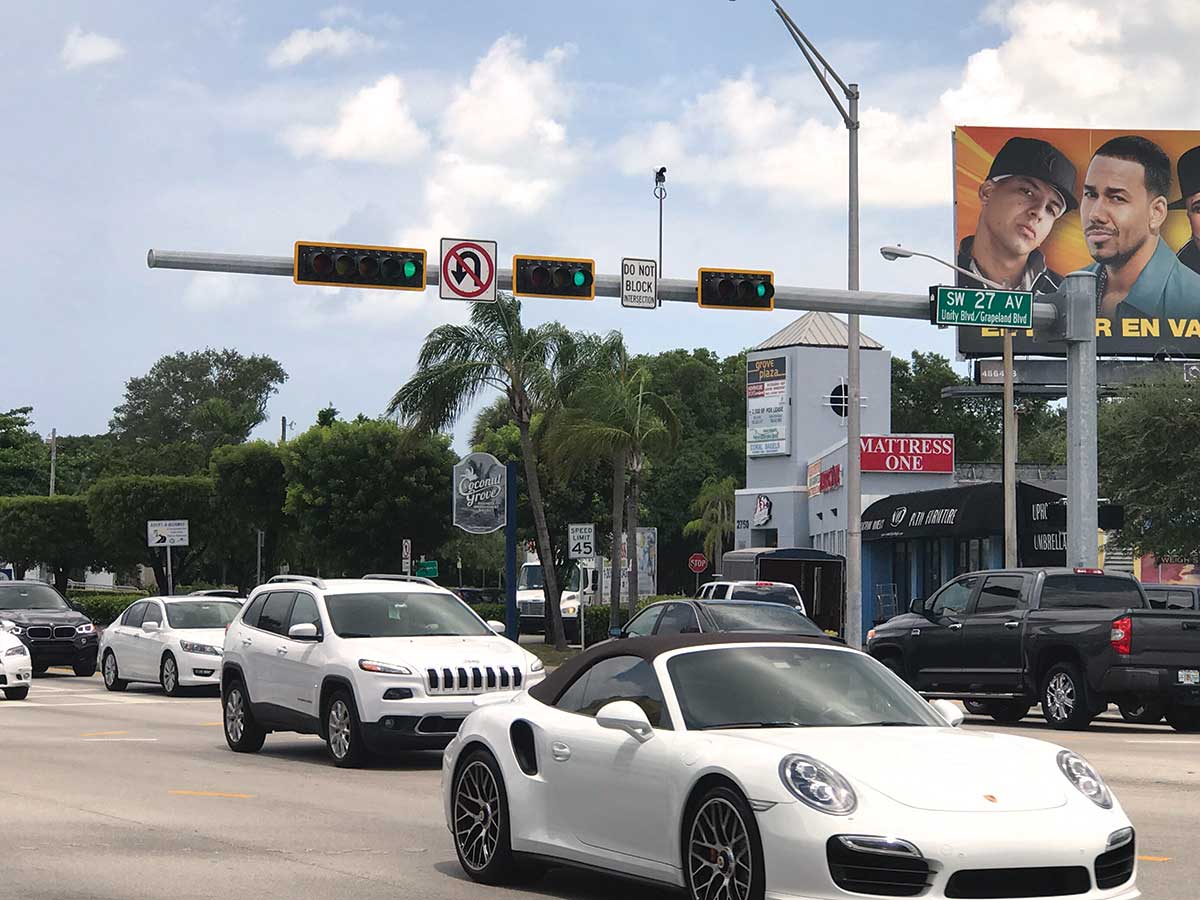 Big plans are up the road to improve Miami-Dade mobility in 2019, as county transportation personnel look to technology to enhance traffic flow and a transit advocacy nonprofit’s plan to remap Metrobus routes is set to begin February.

Miami-Dade’s effort to enhance its 3,000-intersection traffic signal system will expand significantly this year, according to Transportation Director Alice Bravo.

Chief among those improvements is an expansion of the county’s adaptive signal program that enables traffic lights to adjust in real time based on traffic demands and other variables.

The county will next buy another 2,500 adaptive signals through a competitive bidding process, the details of which are under a “cone of silence” hush rule.

Once installed, the signals will be compatible with autonomous vehicle (AV) technology, which Miami-Dade started exploring in February 2018 through a partnership with Ford Motor Co.

Ford has since mapped county streets, run pilot programs with Postmates and Dominos and conducted virtual reality and real-world experiments.

“We’re talking to cities to understand what their needs are so we can offer solutions that meet a city’s unique needs,” Ford Autonomous & Electric Vehicles spokesperson Alan Hall said last month. “We are in the process of pulling together a more formal test plan and being active down in Miami as well as Washington, DC, so we’ll have more to talk about in the coming months in the form of more formalized testing and community engagement.”

By “maybe mid-year,” the county will host an event at which residents may be able to test the technology themselves, Ms. Bravo said in December.

Additionally, the county will use a John S. and James L. Knight Foundation grant to launch “a few programs to work with the community for the development of AV solutions,” she said.

To meet residents’ need for last-mile solutions, Miami-Dade will also solicit proposals for dynamically routed transit, a “near door-to-door service to and from Metrorail stations” similar to services like Uberpool and Lyft Line, which allow people to request rides within defined service areas in real time by phone or mobile device.

“The model’s ability to dynamically change the route based on real-time rider demand within the designated service zone will provide an opportunity to improve access to transit while reducing trip [times] for riders,” she said.

Next month, Transit Alliance Miami plans to begin its redesign of the county’s circuitous Metrobus network, titled the “Better Bus Project,” which the group’s director, Azhar Chougle, said will be completed June 2020.

The group will start by hiring a team, collecting data, running analyses and reaching out to communities for feedback and support. That process, he said, will run until the end of the year, after which the resultant redesigns would go before county commissioners for approval.

“Then it is implemented six months after,” he said. “Progress can be quick when it’s the right sort of progress.”

Late last year, Mayor Carlos Giménez set aside $250,000 in “seed money” in this year’s budget for the project.

However, Mr. Chougle said his group has “unofficially” reached its goal.

“With the amount of [funds] we have right now and the amount of verbal approvals from someone who would be responsible for dispersing those funds, the answer is we’ve met the goals,” he said. “But we won’t update the counter until they provide a letter of commitment, because that makes it real.”

While the Metrobus project will consume the majority of Transit Alliance’s time this year, Mr. Chougle said the group will run other initiatives, including one focusing on improving infrastructure, provisions and services for biking.

“The entire county pretty much remains unconnected and hostile to biking, and it’s time we take a much stronger role in advocating for all the improvements needed,” he said.

Aside from Miami Beach, which he said is “rare” for having and using a bike master, Miami-Dade at large inadequately accommodates bikes and other non-motorized modes of travel.

“The City of Miami has a plan, but it hasn’t really been implemented in any significant manner. Coral Gables will do demonstration projects but not much [of anything] else,” he said. “There’s a void in what needs to be done to move biking forward in [Miami-Dade], and what we’re doing for transit, we want to put that same force behind biking.”