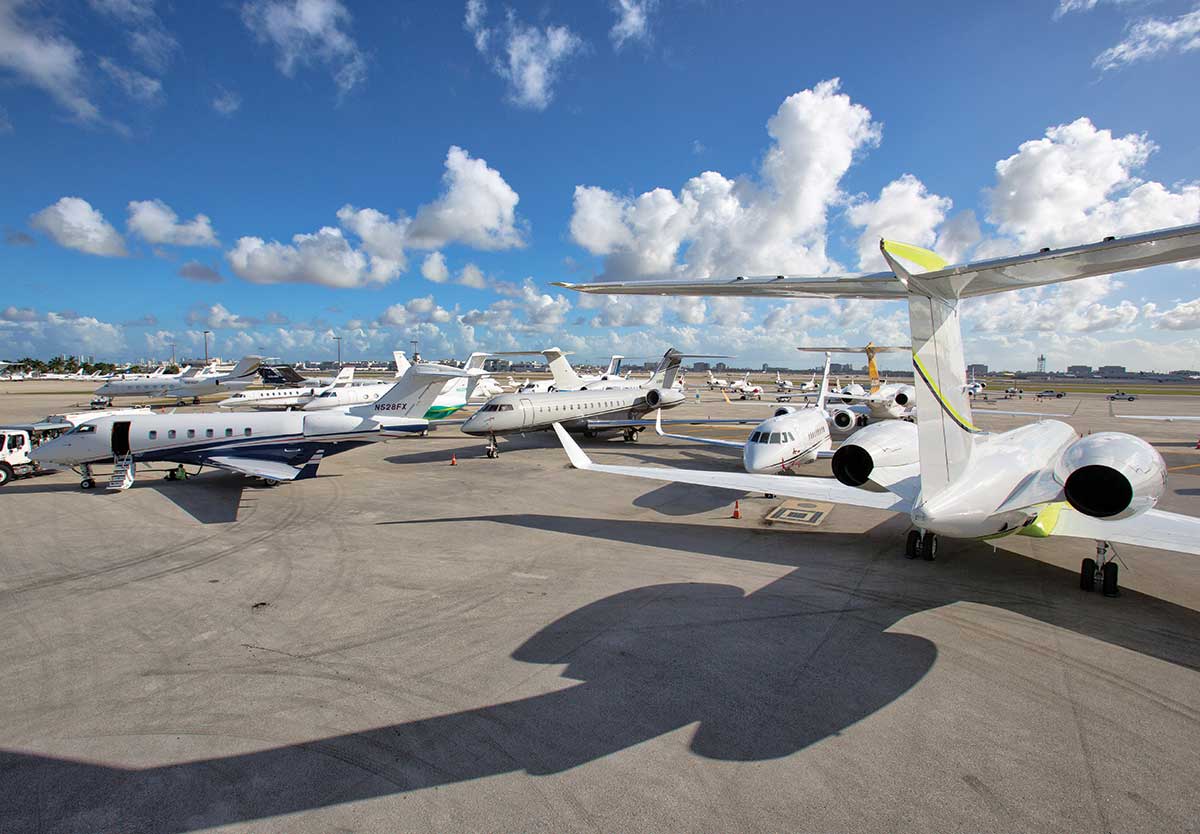 More well-to-do travelers are choosing to fly in private aircraft when visiting the Magic City, and the Miami-Dade Aviation Department expects to welcome more jetsetters than last year for Art Basel.

Art Basel attendees tend to fly to Miami International Airport General Aviation Center at 5700 NW 36th St., steps away from Miami International, as well as the Miami-Opa Locka Executive Airport at 14201 NW 42nd Ave. given their proximity to the ongoing events in December. Both of those airports operate every day at all hours – it’s a convenience for folks arriving from all over the world. The two sites see an increase in arrivals flying in private aircraft and expect the number to inch higher this week.

Opa Locka Executive has seen an increase by 17% of private jets since last year. The location saw 136,556 flights from October 2016 to October 2017, with 60% being private jets and the rest trainings and military flights. The staff saw about 160,000 as of this fall.

The General Aviation Center counts on fewer general aviation flights than its counterpart, with 18,049 private and corporate jets clocking in for the past year.

The Miami-Dade Aviation Department expects numbers for this year to increase at both locations for Art Basel attendees.

The outlooks for Opa Locka and the General Aviation Center are positive but expectations are higher for the former. “Traffic is up 17% so far this year at OPF, so we expect above-average numbers during Art Basel,” Aviation Department Communications and Digital Marketing Director Greg Chin said by email.

Opa Locka typically experiences the most movement during the first two days of Art Basel – this year it would be Thursday, Dec. 6, and Friday, Dec. 7. The aviation department sees on average 70 to 100 arrivals per day.

Traffic picks up midweek at the General Aviation Center for Art Basel guests, with 50 flights arriving per day.

Each flight on average brings six to 12 passengers. The average flyer pays $1,000 to $15,000 per hour for the service – the price fluctuating depending on the size of the aircraft.

Mr. Chin said he expects smooth sailing in the coming days despite forecasted jet congestion: “The airfield ramps become more crowded with parked aircraft, but we never have a problem with finding space.”