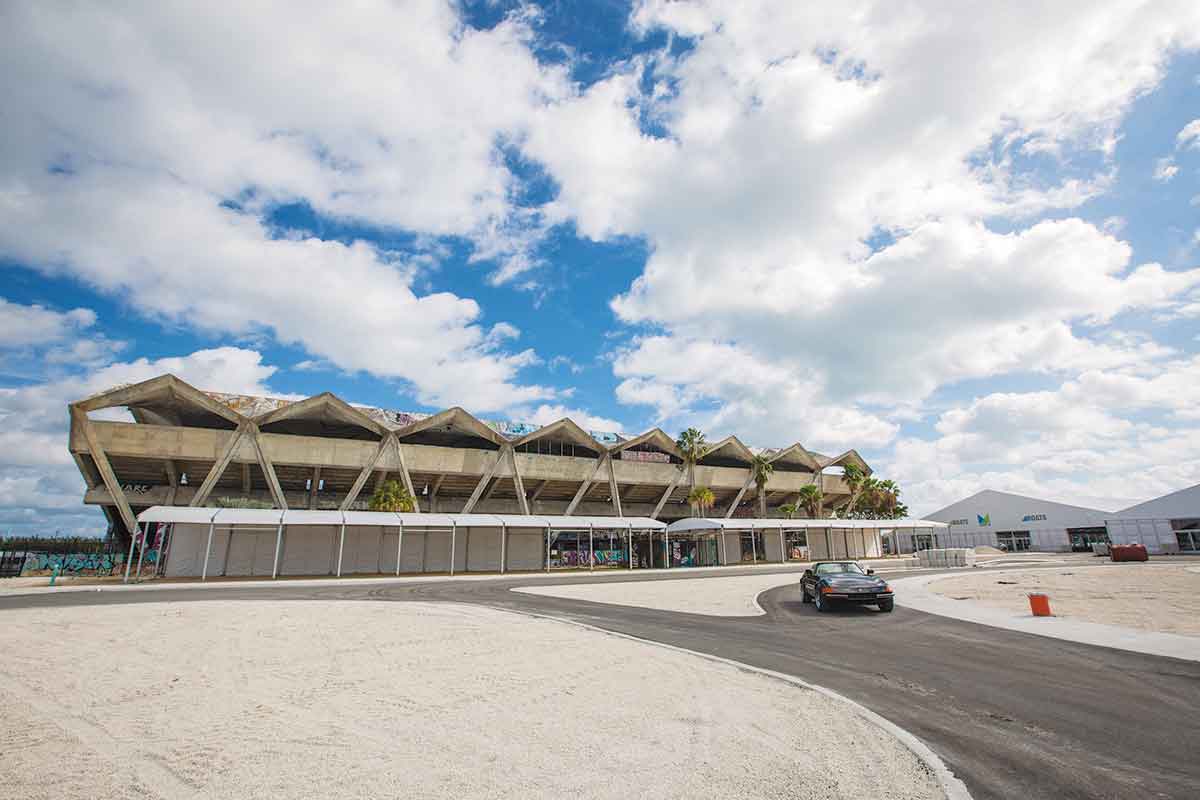 Miami is looking for a company to manage Miami Marine Stadium, the flex park that surrounds it and a planned welcome center west of the iconic waterfront facility.

On the day before Thanksgiving, the city issued a formal request for proposals for management of the city-owned property on Virginia Key.

The 64-page solicitation says the city is pleased to offer “an exciting opportunity for a well-qualified business entity, with proven experience in concert venue operations and management to operate, market and manage all of the day to day operations” of Miami Marine Stadium, Virginia Key Maritime Center and the Virginia Key Flex Park, collectively referred to as the complex.

The city closed the stadium in 1992 in the wake of Hurricane Andrew. Talk of restoring the facility was just that for years until November 2016, when the city commission approved $45 million in bonding to borrow money for stadium renovation and other improvements.

The solicitation says, “Currently, the City is about to embark on a substantial refurbishment of the Stadium, to create a premier concert and event venue. The Successful Proposer will be tasked with, not only managing the Stadium, but also helping to design and program the new spaces that will be created within and adjacent to the Stadium.”

The restoration plan advanced in January 2017 when the commission hired R.J. Heisenbottle Architects for architectural and engineering services related to the stadium. That project is in the design-development phase currently.

The flex park is being developed separately. The city hired Civitas Inc. to design the park.

Long-term plans include construction of a welcome and maritime center. The solicitation says the center will be to the west of the stadium and support the stadium by providing VIP guest areas, “green rooms,” full-service restaurant space, kitchen areas, and office space. It will also offer outdoor seating overlooking the stadium.

It recommends the core management staff be comprised of a stadium manager, maritime center restaurant manager, booking/box office manager, producer, operations manager and necessary restaurant and administrative support staff. The city anticipates that the center as well as the flex park may be rented “for special events, i.e. corporate, community, and other events.”

The solicitation says the city’s goals are threefold:

■Provide the public with the safest and most enjoyable customer experience.

■Transform the complex – specifically, the stadium – into “Miami’s premiere concert and event location.”

The objective of the request for proposals is to award a 10-year management agreement, with two five-year options to renew exercisable at the sole discretion of the city, along with approval of the city commission.

The fact that stadium restoration is not complete, and other parts of the complex are not finished, is referenced several times in the solicitation.

It is made clear that the successful proposer is to work with the city toward completion of the entire complex.

“The Successful Proposer shall provide input and consult with the City and the architectural team working on the redevelopment of the Complex. The Successful Proposer shall perform services, including, but not limited to: a. Consult with the City, research applicable programming criteria, attend project meetings, and communicate with members of the project team. b. Confirm the scope and intent of the project in consultation with the City …,” and so on.

Use of the city property for the annual Miami International Boat Show is also spelled out in the request.

It says the city has entered into a revocable license agreement with the National Marine Manufacturer’s Association for the boat show, held for five days annually, on and around President’s Day weekend.

“The Boat Show begins constructing its exhibition tents in November and disassembles said tents in March. Thus, the Successful Proposer will be expected to work with the Boat Show when scheduling events at any of the Complex venues during the November-March timeframe. Events shall not be precluded from occurring during the November-March timeframe,” the solicitation reads.

Another commitment made by the city commission, approved Nov. 15, is expected to impact use of the stadium and surrounding property. Commissioners voted 4 to 1 to approve a revocable license with the producers of the Ultra Music Festival, allowing the electronic music event to be held at two city-owned sites on the island: the flex park and near the Historic Virginia Key Beach, beginning with the 2019 show.

Ultra is not specifically mentioned in the solicitation.

The request for proposals does put prospective management companies on notice that voter approval by referendum is required.