Advertisement
The Newspaper for the Future of Miami
Connect with us:
Front Page » Profile » Carlos Martinez: Public Defender’s Office handles 75,000 cases a year 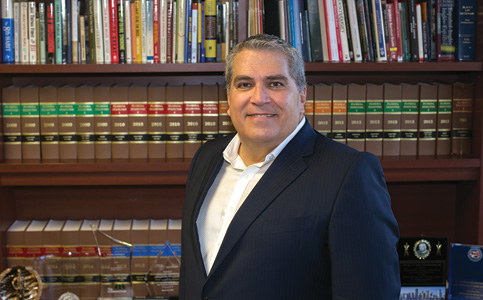 Carlos Martinez’s almost 30 years of service in the Miami-Dade Public Defender’s Office – including his last decade as its top officer – has been a steady, unyielding effort to improve how justice is administered for society’s most vulnerable members.

The first Cuban-American public defender and the only elected Hispanic public defender in the nation, Mr. Martinez immigrated to Miami from Cuba on a 1969 freedom flight and worked his way through college.

He’s responsible for volunteer initiatives to combat disenfranchisement of the underserved and better prepare youths for civic life, including “The Redemption Project,” which helps ex-felons regain civil and employment rights, and “Play It Smart,” which teaches young people how to interact with police.

As vice chair of The Florida Bar Legal Needs of Children Committee, he led a statewide effort to unshackle detained children in juvenile court in 2006 – an endeavor that by his estimate in 2016 affected more than 30,000 children in Miami-Dade alone, and one he still considers his greatest achievement.

“We won in Miami and that had an impact in Florida, because we also [got] the Florida Supreme Court to adopt a rule where children could not be shackled in court,” he said. “At the time there were only two states. Now 33 states have followed [our] lead, [which is] fantastic because of the impact on the individual kid.”

Mr. Martinez, a recent government liaison to The Florida Bar Board of Governors and current member of the University of Miami School of Law National Advisory Council, talked with Miami Today reporter Jesse Scheckner. The interview, recorded by Jahmoukie Dayle, can be found Friday at http://bit.ly/2uNHy0Q.