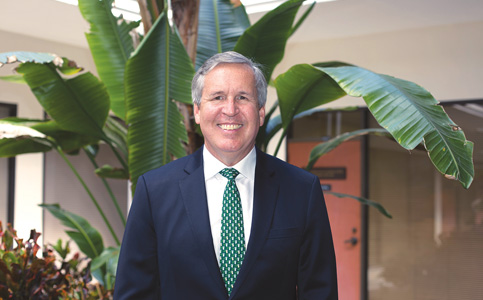 Carlos de la Cruz Jr. has helmed several organizations, but his current work as chairman-elect and treasurer of The Everglades Foundation will likely be most impactful.

“[It’s] the largest ecosystem restoration project in the world [and] involves our citizens in so many ways,” he said. “It involves having clean beaches, waterways [and] lakes, [but] it also indirectly involves having clean water and a clean environment. That’s probably the most important reasons we need to worry about it.”

The $16 billion effort has run a quarter-century and will continue at least another 15 years, he said. It’s been broken into 62 parts – each financed separately, to be feasible both economically and logistically – and is a labor some foundation members will not live to see to fruition.

“It’s trying to fix things for our next generation, [and] we have to condense it to work with different constituencies – elected officials, people in government, mayors, citizens, owners of companies,” he said. “I’ve met several of our board members [who] died with the hope of someday [seeing] the Everglades restored. I hope someday I’ll be able to say I contributed my little grain of sand toward completing this project.”

Mr. de la Cruz, a founding member of the Americas Gateway Chapter for Young Presidents Organization, sat down with Miami Today reporter Jesse Scheckner. The interview, recorded by Jahmoukie Dayle, can be found Friday at http://bit.ly/2uNHy0Q.