Advertisement
The Newspaper for the Future of Miami
Connect with us:
Front Page » Top Stories » Issues aplenty face a growing, successful Wynwood 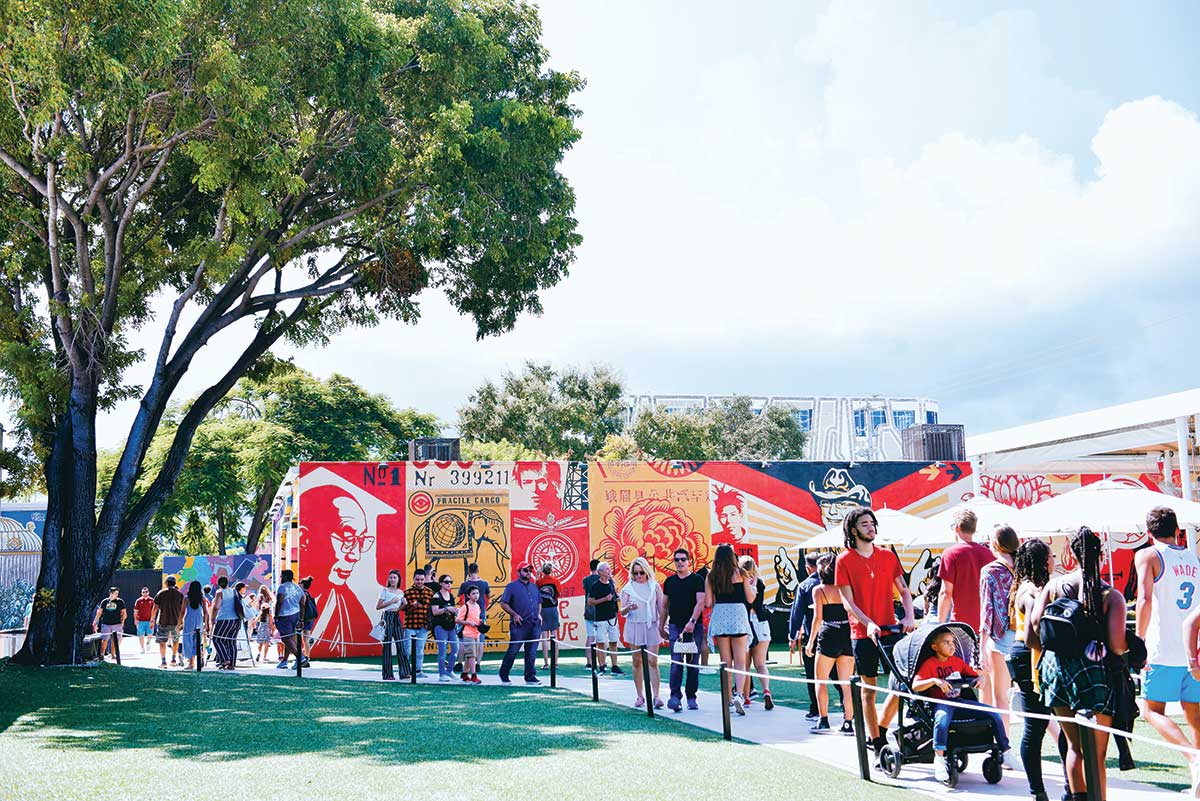 In many ways, Wynwood is a victim of its own success, as leaders face issues that weren’t even on the radar years ago, when the area was a hive of factories, warehouses and body shops. The Wynwood Business Improvement District (BID) is determined to find workable solutions while preserving the area’s character, leaders say.

“Being a good neighbor is a priority for the BID and we are working to build bridges with other nearby areas such as Overtown, Midtown, and the single-family Wynwood neighborhood,” said Albert Garcia, BID vice chair and chief operating officer of Mega Shoes. “Some of the work we are engaged in includes supporting events in these areas, sharing information about the areas on our social-media platforms, and inviting residents and students into Wynwood to experience the street art.

“The BID is also working to address homelessness in a humane manner and one that also ensures the business district continues to flourish,” Mr. Garcia said. “With this in mind, we are working closely with the City of Miami to conduct outreach to homeless individuals in the area in an effort to connect them with the long-term services and care they need.

“Finally, building on the foundation created by the Wynwood Neighborhood Revitalization District (NRD), we are continuously working to protect the character of Wynwood as it transforms from an entertainment district into a true live-work-play neighborhood,” he said.

“The BID works to ensure the Wynwood Design Review Committee continues to successfully operate and give detailed reviews and recommendations for upcoming projects,” he said. “The office also works to connect with property owners and businesses with new plans in the area to ensure they understand zoning and permitting requirements, as well as how their plans can work to enhance the character of the area.”

BID board member David Polinsky, who is a principal in 250 Wynwood, also stressed the importance of keeping the area’s unique and quirky character.

“Since its creation, the Wynwood BID has sought to enact smart zoning regulations that ensure Wynwood continues to have an appropriate balance of large and small buildings, even as it grows in popularity as a destination,” he said.

The NRD’s 2015 formation “created a set of new zoning rules to help responsibly transition the neighborhood from an industrial district to an active, mixed-use neighborhood, complete with commercial, residential and office elements while maintaining the arts-driven character of the neighborhood,” Mr. Polinsky said.

“Just last month, the city commission approved amendments to the NRD plan, developed collaboratively with city’s Planning Department, that further encourage small-scale development in the district,” he said. “These amendments will help contribute to the character of the neighborhood on a more human scale while being friendlier to small businesses.

Wynwood’s location near downtown and on the FEC railway line gives it a unique advantage, he continued.

“To that end, the BID recently commissioned a study by respected urban planner Cesar Garcia-Pons that illustrates future population growth trends and development potential in Wynwood. The findings strongly supported the BID’s long-term efforts to secure a permanent commuter rail station near Wynwood to serve the growing populations of Wynwood, South Edgewater and Midtown.”

One of many upcoming projects is the installation of a woonerf along Northwest Third Avenue between Northwest 25th Street and 29th streets, he added. The concept, borrowed from The Netherlands, creates a shared street with no curbs, low speed limits, and traffic-calming devices to encourage pedestrian use.

“The BID is collaborating with the city on its woonerf’s designs, which will create the blueprint for a pedestrian-primary stretch of roadway,” Mr. Polinsky said. Features of the woonerf “result in pedestrians having a higher priority in certain rights-of-way than vehicles. The Wynwood woonerf will be the first project of its kind in Miami, and both streetscape and woonerf initiatives support the goals of the NRD zoning code.”

Wynwood’s popularity and near-constant stream of visitors has strained the number of parking spaces available to the people who work in the restaurants, galleries, and shops, observers say.

“In an effort to provide more affordable parking options for Wynwood’s employee community, the BID recently partnered with local property owners and parking operators in the area to create the Wynwood Employee Parking Program,” Mr. Polinsky said. “Launched in September, the program provides affordable employee parking options to local workers to find parking spaces, due to the high number of visitors who come to the area. Participating employees can choose several lots throughout the district based on their workplace location.”

The group regularly meets with stakeholders, and at a March meeting, merchants complained about lighting, he said.

“They brought up that it’s very dark, which is a safety and security issue. There are blind spots and dead spots. We worked with the city’s Public Works Department, who reached out to Florida Power & Light, and as of last week, 300 lights have been replaced or retrofitted,” he said.

The old lights, installed in the 1970s when the district was strictly industrial, contained sodium vapor bulbs that gave off orange light; the new ones are ablaze with white LED bulbs. “We quadrupled the output while saving energy,” Mr. Gonzalez said, “and that’s something that wouldn’t have happened without the attention of the BID. It’s something that will pay off every night for the neighborhood.”

One Response to Issues aplenty face a growing, successful Wynwood