Advertisement
The Newspaper for the Future of Miami
Connect with us:
Front Page » Communities » Allapattah to get 8 acres of offices, apartments, hotel, retail, farming, school 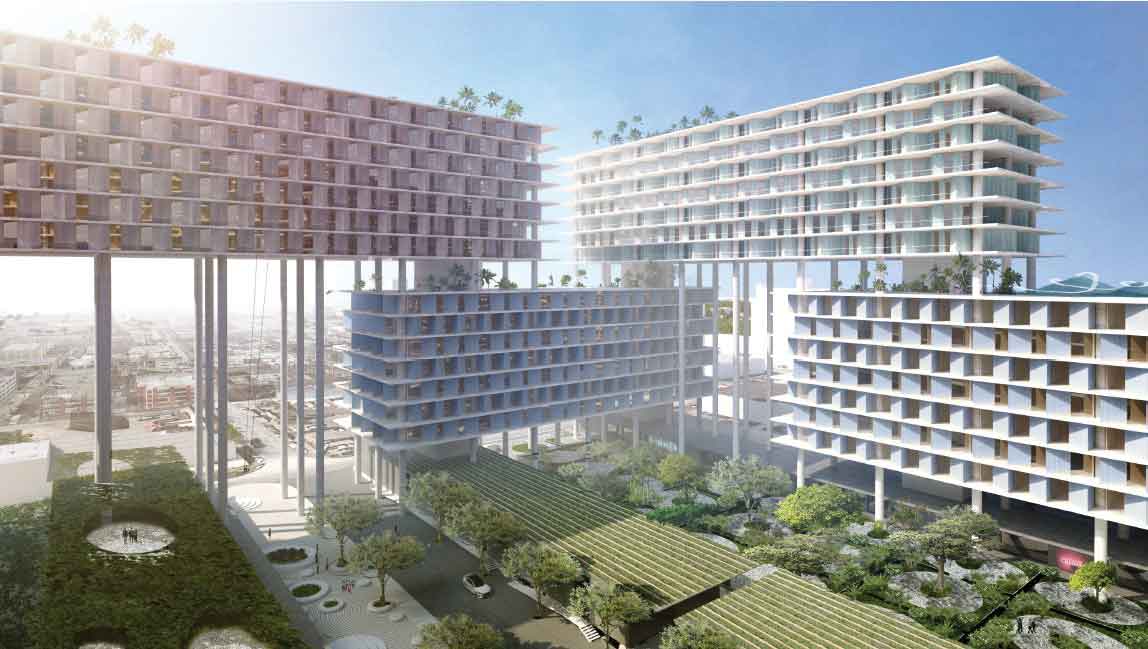 A developer is promising a cutting-edge mixed-use project in the heart of Allapattah’s industrial district, bringing a hotel, apartments, offices, retail and restaurants, urban farming and a school.

Miami 21 says the purpose of a Special Area Plan is to allow 9 abutting acres or more to be master planned to allow greater integration of public improvements and infrastructure, and “greater flexibility so as to result in higher or specialized quality building and Streetscape design.”

The project address is 2140 NW 12th Ave. The 8.25 acres is just shy of the required 9 for an SAP. The developer has filed a waiver asking to allow the SAP rules to apply.

Final approval of SAPs rests with the city commission.

An application to the review board filed by Javier F. Aviñó, attorney for the developer, reads in part: “The Applicant is proposing a mixed-use Special Area Plan to include retail, residential, lodging, co-working offices, restaurants, urban farming, and educational components. Designed by award-winning architects Bjarke Ingels Group, the project will create a new pedestrian-oriented destination while retaining the neighborhood’s industrial character.”

Mr. Aviñó presented the project to the review board along with Agustín Pérez-Torres, senior designer at BIG – Bjarke Ingels Group.

The firm is responsible for the design of the Grove at Grand Bay – two twisty towers near the waterfront in Coconut Grove.

The old produce site in Allapattah is perfect for this new SAP, Mr. Aviñó told the board.

“The owners spent a lot of time studying the history of this site,” he said. “It is a prime location for revitalization.”

Mr. Aviñó showed a model of how three large existing warehouses will be preserved and repurposed.

Acting board chairman Willy Bermello said the planned “adaptive reuse” of the warehouses is laudable, and noted the history of the area as the original marketplace of Miami.

Board member Neil Hall said Allapattah is a very important area in the region and having the sensitivity to study the history of the property and to incorporate the existing warehouses is commendable.

“It is a big deal for us to hear this,” Mr. Hall said. “We look forward to your development.”

Mr. Bermello cited a lack of detail in the plan and wondered what was being asked of the review board.

Joseph Eisenberg, a planner for the city, said staff was looking for the board to offer a contextual review. He noted that individual aspects will come to the board for closer examination as the SAP moves ahead.

The developer is proposing some exposed parking levels, which are not normally allowed in the city’s zoning code. Typically, parking above the second story requires a waiver and must be covered by a glass or art treatment.

Mr. Aviñó said the current plan has two levels of parking underground, and exposed vehicles in parking levels on the second and third floors. The ground level would be retail.

Mr. Bermello reiterated his concern about the “absence of detail.”

“This is such a large property. This has everything … retail, a school, food and beverage establishments,” he said, adding he felt uncomfortable voting on the project at this stage.

“I believe this is a wonderful project,” Mr. Bermello clarified. “I’m not against it … I’m kind of against the process.”

Mr. Bermello said he’d like the full board – nine members ¬– to review the project; read it, study it, before voting to approve it.

“Nothing against you,” he told the developer’s team.

After assurances the developer would come back to the board as phases of the project evolved, Mr. Bermello as chair allowed a motion to recommend approval of the SAP moving to the next step, which was passed unanimously.

In a letter to the city’s planning director, Mr. Aviñó said this pedestrian-oriented project will incorporate an innovative mix of uses not previously offered in this area of Miami, including educational components such as college courses or training in highly specialized fields.

“Inspired by the reimagined and repurposed Miami Produce Center warehouses, the Project will also integrate the industrial character of the neighborhood through the inclusion of manufacturing-enabled retail or similar light industrial uses.

“Miami Produce will provide a truly unique urban experience oriented to the engagement of pedestrians and use of transit. The Project will connect directly to the adjacent Santa Clara Metrorail station. Clear directional signage and thoughtful design elements will encourage the use of public transit by residents and visitors.

“Ground level retail, dining, and other amenities will be designed around a prominent pedestrian and vehicle promenade. Aligned with NW 21st Terrace, the promenade will provide thru-site connectivity between NW 13th Avenue and NW 12th Avenue,” he wrote.

“At the ground floor, a series of existing produce warehouses will be restored and reprogrammed to create a vibrant public realm while preserving the industrial spirit of the neighborhood.

Between the warehouses, three large pedestrian corridors will exhibit a variety of lush landscaping and plentiful open space, resulting in diverse microclimates that allow the buildings’ programming to extend outdoors,” he wrote.

Mr. Aviñó added: “A stack of linear buildings will float above the existing warehouses, creating a large urban courtyard at the center while forming gateways that open to the surrounding context. On top of each building, programmed ‘roofscapes’ extend the public realm vertically and capture stunning views of downtown Miami and surrounding neighborhoods.”

The location in an industrial neighborhood with a direct connection to Metrorail allows the provision of needed uses and resources to local residents, those who live or work in the neighboring Health District, and to greater Miami, Mr. Aviñó wrote.

Miami Produce, he said, will also provide an important opportunity to many of Miami’s artisans, brewers, light manufacturers, and other producers.