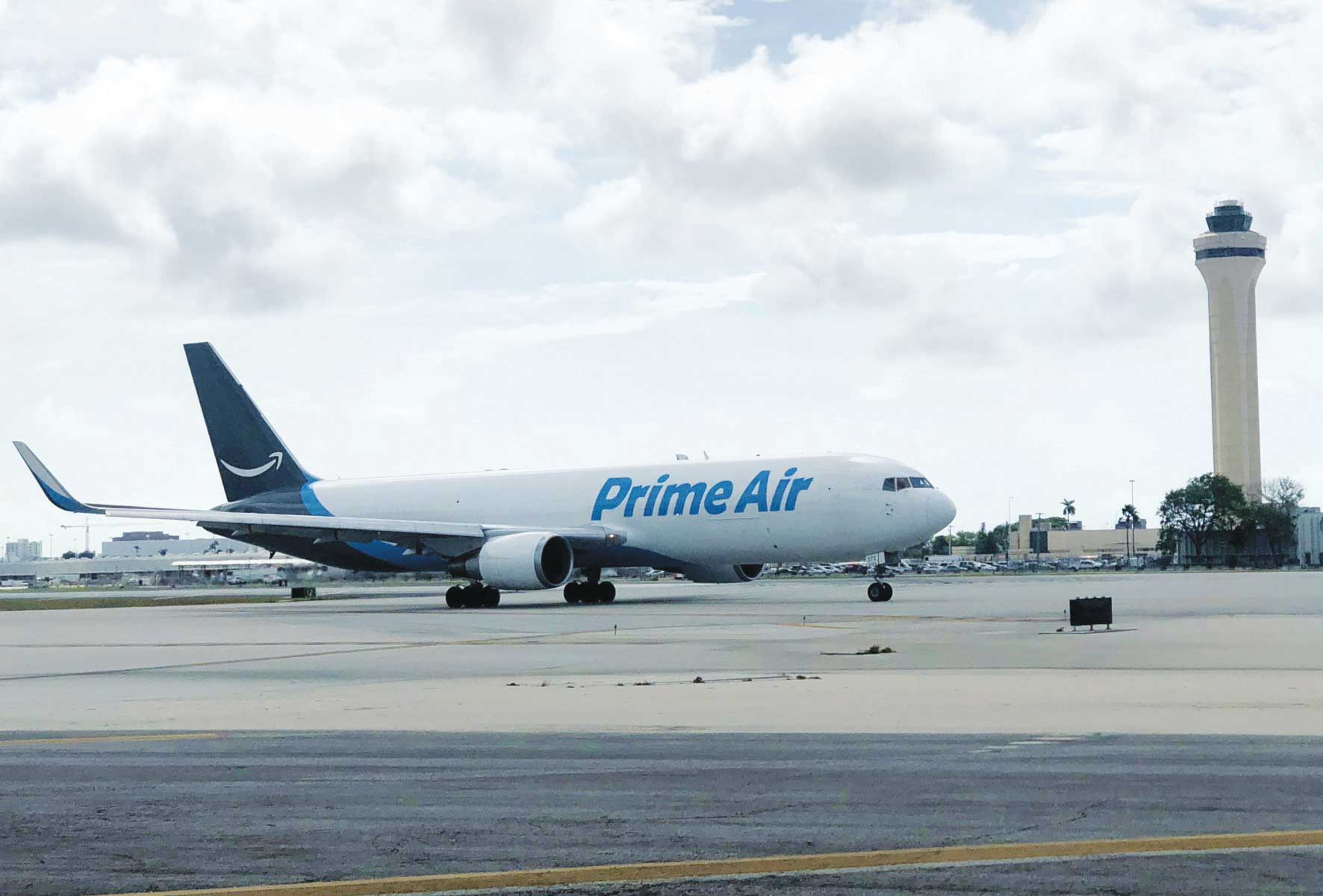 Miami International Airport last week became part of Amazon Air’s cargo flight operations, at the same time that the airport was marking a nearly 4% gain in cargo carried for the year to date.

Amazon launched twice-daily freighter service at Miami Internastional to destinations across the US. The new service is being operated by Atlas Air Worldwide with Boeing 767-300F aircraft and includes an onsite facility to sort packages bound for their next destination.

Amazon already operates four warehouses in Miami-Dade County, all within 12 miles of Miami International, the largest of which is a new 885,000-square-foot fulfillment center at Miami-Opa locka Executive Airport completed this year.

The growing cargo side of the airport has attracted multiple new cargo operators in recent months, including now Amazon Air.

Market research firm eMarketer forecasts Latin America to be a strong e-commerce growth region with a projected doubling of annual sales from $47.4 billion in 2015 to $84.8 billion in 2019, the aviation department said in a release.

Miami International is the nation’s busiest airport for international freight and handles more freight to Latin America and the Caribbean than any other US airport.

“We are excited to launch the Miami gateway to support our growing air operation,” said Sarah Rhoads, director of Amazon Air. “Amazon has enjoyed being a part of the Miami-Dade community and are thrilled to continue our relationship.”