Advertisement
The Newspaper for the Future of Miami
Connect with us:
Front Page » Communities » Wireless giant putting its equipment into Museum Park 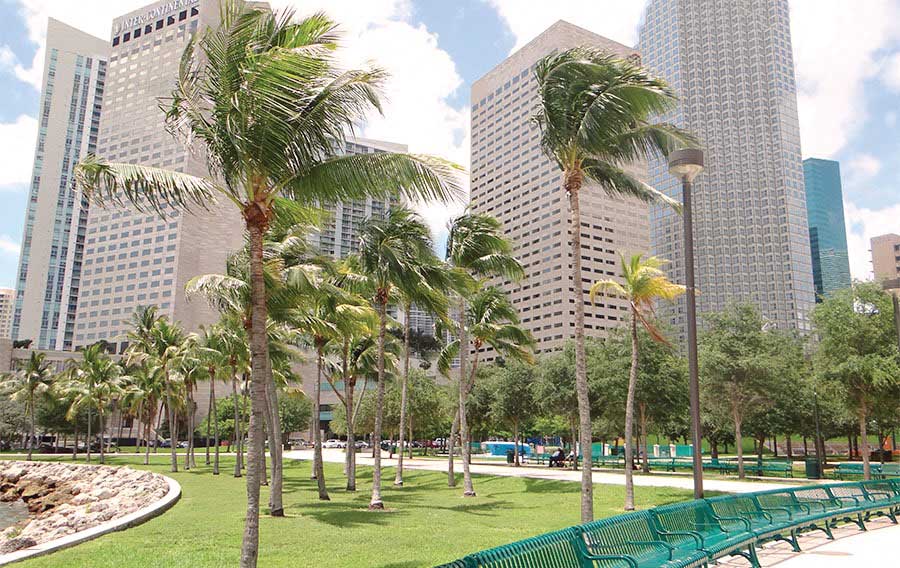 A new revenue stream will bring in dollars to the Bayfront Park Management Trust for the next decade after the Miami City Commission approved a deal for cellular equipment installations in Bayfront Park and neighboring Museum Park.

Both City of Miami parks are downtown, east of Biscayne Boulevard.

The Bayfront Park Management Trust was created by the city commission to handle all aspects of Bayfront and Museum Parks. As the trust operates on earned income and receives no funding from the city, the trust looks for ways to generate revenue.

The license agreement with Crown Castle guarantees a revenue share to the trust of $570,000 over the first 10-year term – the agreement provides an option to renew for four five-year periods.

Additional revenue comes from an initial $50,000, recurring fees of 25% of monthly recurring gross revenues and wireless carrier signing fees of $50,000 per carrier.

Aside from the revenue, the main point of this agreement is to provide visitors to Bayfront and Museum parks increased wireless connectivity, according to city officials.

The Bayfront Park Management Trust Board on April 24 authorized the interim executive director to enter into the license agreement with Crown Castle.

The agreement allows the company to own, construct, operate, maintain and control a fiber-based telecommunication network or networks, as defined in the agreement, serving the licensee’s wireless carrier customers, utilizing microcellular equipment that “the licensee wishes to locate, place, attach, install, operate, control, and maintain equipment at the properties.”

The commission’s resolution says the trust has evaluated the professional qualifications, experience and financial resources of the licensee and determined that the trust’s entry into this agreement is in the best interests of the trust. The license agreement is not assignable or otherwise transferable to individuals or entities other than any of the licensee’s subsidiary or affiliate companies with notice to be given to the trust.

The company on its web site says it is the nation’s largest supplier of wireless infrastructure. It adds that “since 1994, Crown Castle has worked around the country to build and maintain the infrastructure behind the world’s most revolutionary technologies. This comprehensive portfolio of towers, small cells, and fiber gives people and communities access to essential data, technology and wireless service and opens the door to countless opportunities and possibilities.”