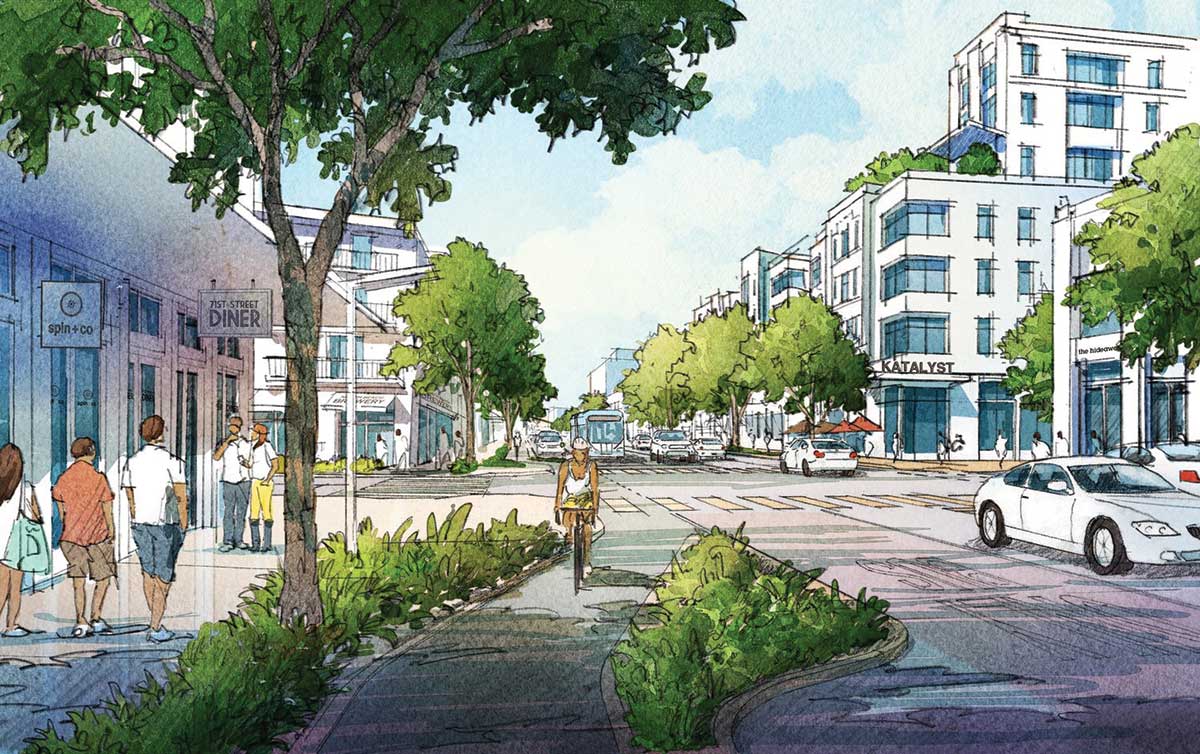 The North Beach Town Center development is another step closer to having some buildings that are 200 feet tall.

The Miami Beach City Commission’s Land Use and Development Committee voted Sept. 28 to accept the city staff’s recommendation to allow buildings up to 200 feet tall in the development. The ordinance will come for a second reading before the full commission in November but there is still more to be worked out before then.

City staff also recommended that there be a public benefit fee absorbed by the developers for buildings over 125 feet – unless the developers move quickly on construction, then the fee would be waived. To have the fee waived, developers could have to have a Temporary Certificate of Occupancy or Certificate of Occupancy within 15 months of the effective date of the proposed ordinance and finish construction within 24 months.

However, there was some disagreement among commissioners present regarding raising public benefit fees.

“I think it’s absurd to pick the pockets of developers. We’ve been begging for development for over 50 years and nothing’s happened. So now we’re trying to create an overlay to incentivize them and we’re saying ‘Oh, but by the way, we’re going to make it cost prohibitive,’” said Commissioner Ricky Arriola. “If maybe you could make the numbers work, we’re going to get the kind of project that I think all of us say we don’t want to see which are luxury projects, because those are the only ones that can afford to absorb the additional costs we’re imposing on these developers.”

Staff also recommended that there be no more than 312 co-living units and 20% of amenity space in these co-living residential buildings would be maintained, as recommended at the previous commission meeting in September.

Several commissioners expressed discomfort at allowing 200-foot buildings, since some members of the community feel that they were tricked into taller buildings in the area after voting for an increased floor area ratio (FAR). But with the increased ratio, shorter buildings will look boxy and block out light.

“I think what happened was that the voters voted to go up to 3.5 FAR, which is very high, I know a lot of people in the community anticipated that the height would be capped at 125 feet,” said Commissioner Michael Gongora. “But the challenge we have now serving on the commission and implementing this FAR that the voters have mandated upon us is how to do it in the most tasteful manner for the community. I do think our planning staff did a good job in coming up with an interesting plan on how to implement this.”

However, other compromises in the plan have been made to make up for the height, such as increased setbacks from residential streets, Mr. Gongora said.

“For better or worse, probably worse, something was said to the community where 125 feet got locked into,” said Commissioner Mark Samuelian.

“Unfortunately, that is in the public mind. Having said that, we have to do now what we think is best.”

Commissioners John Aleman and Mr. Gongora voted to move the recommendations to a second reading at the November commission meeting.