Advertisement
The Newspaper for the Future of Miami
Connect with us:
Front Page » Business & Finance » Three film projects may get business rolling again in Miami

Three film projects may get business rolling again in Miami 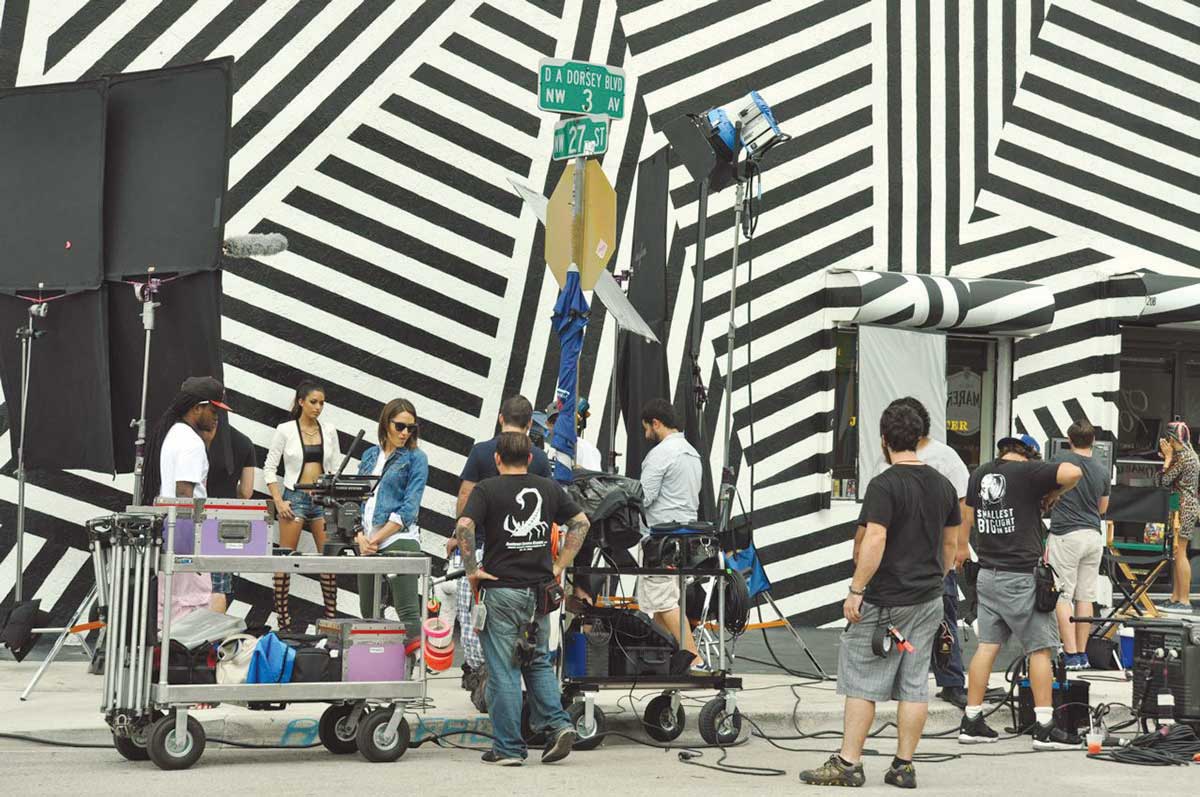 “This begins to move us again in the right direction,” Commissioner Dennis Moss said. “We’ve got to fight to regain those opportunities we’ve lost based on some of those misguided policies of the past.”

The grant program, proposed and sponsored by Sally Heyman, launched in July 2017 after years of insufficient state funding.

In 2010, a state bill designated $242 million over five years to grant tax credits to film studios and other production companies working in the state. About $227 million of those credits were committed by March 2011, with most going to TV shows like “Magic City,” “Burn Notice,” “Bloodline” and “Ballers.”

A Visit Florida tourism board report that same year showed 23% of people interviewed cited a locally filmed TV show or movie filmed as a guiding factor in their decision to travel to Florida.

But for four consecutive years, state legislators refused to add new funding to the program, allowing it to end in in 2016. By then, many industry professionals relocated to states with better incentive programs.

“We lost ‘CSI: Miami’ [and] so many more, and at the same time the state refused to continue… to help bring the industry to Miami-Dade County – not only what they produced in economic development to this county, but the jobs that it creates locally while they are here,” Rebeca Sosa said atg last week’s committee meeting. “Every year, I went to Tallahassee trying to explain to them the need, necessity, what the feedback was, what they could create. This one, we took care of it.”

To receive the maximum grant amount provided through the TV, Film and Entertainment Production Incentives Program, each of the three film companies must spend at least $1 million in Miami-Dade, shoot 70% of the film within county borders, hire at least 50 main cast and crew employees, with 80% locally sourced vendors and associated businesses.

Productions with more than 110 cast and crew members would be required to hire at least 60% local residents, excluding background talent.

Projects must also hire at least one student or recent graduate who sought a related college or university degree, as well as include a Miami-Dade County identifier in its credits.

One such student, Randall Emmett, a Miami native and graduate of New World School of the Arts, hopes to film and produce “The Row II: A New Chapter” in Miami-Dade and receive the county incentives in the process.

“He’s produced 100 movies in 20 years and we really welcome [him] here, because he wants to bring more production,” said county Office of Film and Entertainment chief Sandy Lighterman,

“The Row II,” a $2.158 million production starring former UFC champion Randy “The Natural” Couture, would spend more than half of its budget locally and pre-produce, shoot and wrap over 40 days in Miami-Dade locations. Pre-production was to begin Sept. 3, with principal photography to start Sept. 29 and an estimated Oct. 4 completion.

The project, which is considering alternate locations in Ohio and Georgia, is owned by MoviePass Films LLC, a subdivision of the subscription-based movie ticketing service, MoviePass, named one of the “25 Most Disruptive Apps of 2012” by Business Insider.

“Critical Thinking,” which would be shot predominantly in Commissioner Audrey Edmonson’s District 3, plans to focus on the true story of the Miami Jackson High School chess team, the first inner-city team to win the US National Chess Championship.

The $3.5 million film, to be directed by and star John Leguizamo, planned to spend about 90 days in Miami-Dade beginning Sept. 3 and ending Dec. 31.

According to the grant application, 80% of cast and crew, excluding background extras, will be local extras.

“Snowbirds,” which Ms. Lighterman told commissioners will star Susan Sarandon, is a film about a recently widowed woman who rediscovers her independence after relocating from Canada to Miami.

“Snowbirds,” which will hire at least 75% of its non-extra cast and crew locally, according to the grant application, has a projected $4 million budget, $3 million of which is expected to be spent in Miami-Dade between preproduction in July 16 and its estimated March 1 completion.

Mayor Carlos Giménez announced in April 2016 that his administration was working to offer film and TV production inducements on an individual basis, with companies required to prove their production viable, in compliance with the county’s hiring requirements and able to deliver sufficient returns on the county’s investment, Ms. Lighterman previously told Miami Today.

In June 2017, Ms. Heyman proposed the film incentive program enabling companies that spent at least $1 million, filmed at least 70% of productions here and hired at least 80% of vendors and contractors locally to receive a $100,000 tax rebate per production.

That plan was replaced a month later by a substitute, which earned commission-wide support and passed with an added requirement that the program be evaluated within two years after its outset.

Of the three film projects that applied for the incentive prior to the current batch, Ms. Lighterman said this week that one cancelled prior to production, one didn’t complete its paperwork because it failed to meet requirements, and a third is now in the processing phase.