Advertisement
The Newspaper for the Future of Miami
Connect with us:
Front Page » Top Stories » Is it curtains for Coconut Grove Playhouse revival?

Is it curtains for Coconut Grove Playhouse revival? 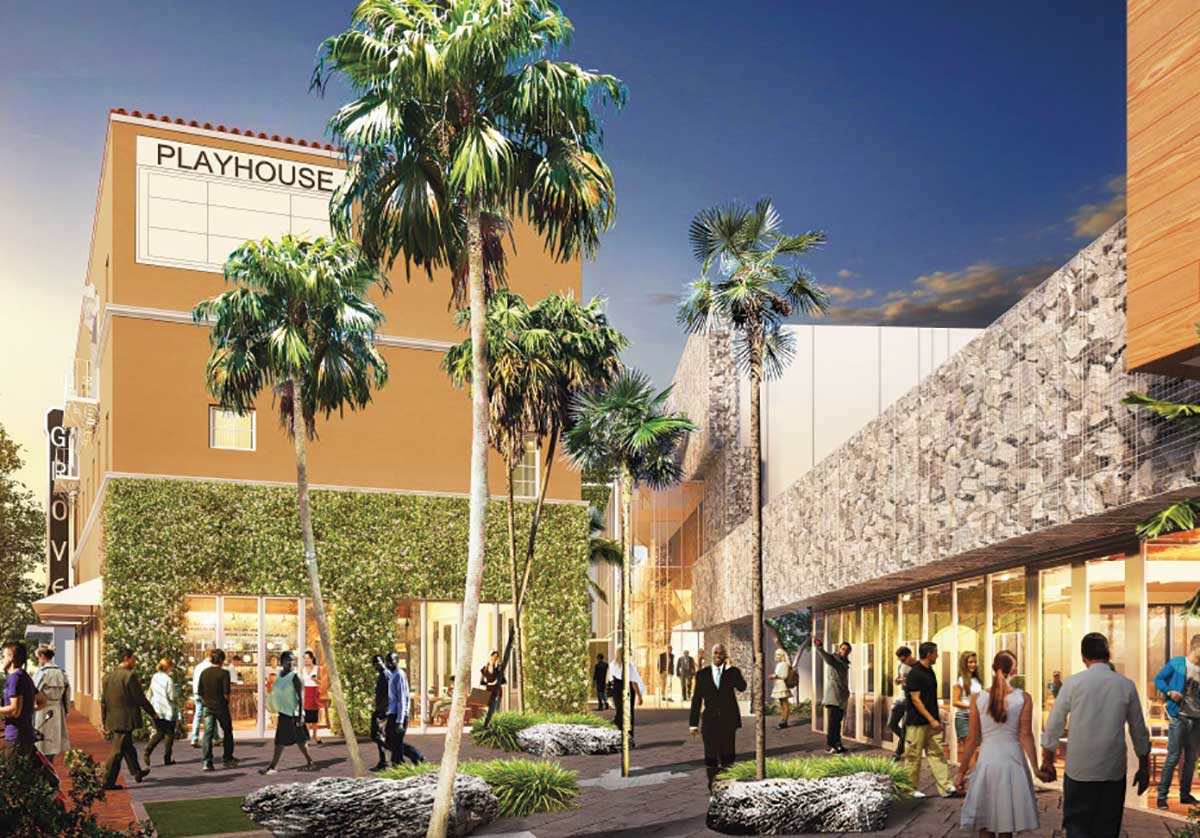 For years now, as preservationists have fought Miami-Dade County’s plan to redevelop the Coconut Grove Playhouse as a 300-seat theater and as uninvited third parties have pushed their own plans, the county has responded by pointing to its long-term lease of the historic property from the state.

But now the county is in real danger of losing its control of the playhouse, as the state has threatened to take back the property it owns, saying the county and its partner, Florida International University, are nearly two years behind schedule on the project.

In a two-page letter dated Aug. 30, Callie DeHaven, director of the Division of State Lands, informed the county and FIU they were in violation of the lease for failing to adhere to a timeline.

The famous venue at 3500 Main Highway in the Grove has been closed for more than a decade, as state, county and city officials debated its fate.

The lease calls for site restoration and a new modern theater run by GableStage.

The redevelopment plan would basically save and restore the front of the theater, demolish the larger auditorium and build a new state-of-the-art 300-seat theater.

Some preservationists have been pressuring the county and FIU to restore the entire dilapidated playhouse, including the 1,100-seat auditorium.

In her Aug. 30 letter, Ms. DeHaven said the property is currently under lease to Florida International University Board of Trustees, on behalf of FIU, and Miami Dade County, “for the establishment of a theater to promote arts, cultural, community, civic, governmental and education activities for the benefit of the public, as outlined in the Business Plan for the Coconut Grove Playhouse Property …”

She continued: “You are in violation of certain terms, conditions, or requirements of the Lease. Specifically, you have failed to adhere to the timetable for the project development of the theater as required by the Business Plan. The most generous deadlines in the Business Plan required approval of architectural and engineering services to be completed by October 15, 2014; planning and design to be completed by October 15, 2016; and competitive bidding for construction to be completed by October 15, 2017. These deadlines have not been met. As of this date, the project should be in the permitting and construction phase (i.e., final phase); and instead, the planning and design phase is not complete, and the theater is nearly two years behind schedule.”

The letter was written on behalf of the state’s Board of Trustees of the Internal Improvement Trust Fund, as part of the Florida Department of Environmental Protection.

The letter concluded: “The aforementioned violations constitute a breach of covenants, terms, and conditions of the Lease and, unless remedied within 120 days to the satisfaction of BOT (Board of Trustees of the Internal Improvement Trust Fund), entitles BOT to terminate the Lease, recover the leased premises, and recover damages for your breach of the Lease.”

There has been some movement on the playhouse this year.

The city’s Urban Development Review Board on Feb. 21 voted 6-0 to recommend approval of the restoration as presented by the county, many complimenting the design to revive the famous venue.

In addition, the Miami Parking Authority (MPA) is a partner in the project and the city’s Off-Street Parking Board this summer approved agreements to build a municipal parking garage next door to the theater.

At its July 30 meeting, the parking board unanimously approved entering into an agreement with architectural firm Arquitectonica for design of the new public parking garage.

A background memo from parking authority CEO Art Noriega on the contract with the architectural firm noted that the county contracted with Arquitectonica International Corp. for the development of a master plan and design documents for the playhouse property.

The architect’s master design includes re-establishing the original uses of the Coconut Grove Playhouse’s front building for retail and office use; adding a parking garage on what is now the surface parking on the north part of the site, which is to be screened by office liner units facing both Main Highway and the residential area to the west; offering retail space at the ground level of the garage facing Main Highway; and placing a food and beverage establishment between the theater and the garage, Mr. Noriega wrote.

The memo said, “… the Parties acknowledge that the County has contracted with the Architect for the design of the 300-seat theatre, the Rehearsal, Costume and Scene Shop, and the Historic Front Building, and that in order to create a cohesive project it is agreed that the remainder of the Project Components shall also be designed by the same Architect.”

Final approvals needed from the city’s Historic and Environmental Preservation Board and Planning, Zoning and Appeals Board remain unresolved, along with a pending lawsuit against the city filed by the county.

County officials have set aside $20 million in bond borrowing to revive the historic theater.

It was considered one of the most distinctive movie theaters in the United States when completed in 1927. It closed in 2006 after financial woes strapped the group in charge.