Advertisement
The Newspaper for the Future of Miami
Connect with us:
Front Page » Communities » Urban Land Institute shows Miami Beach a path to resiliency 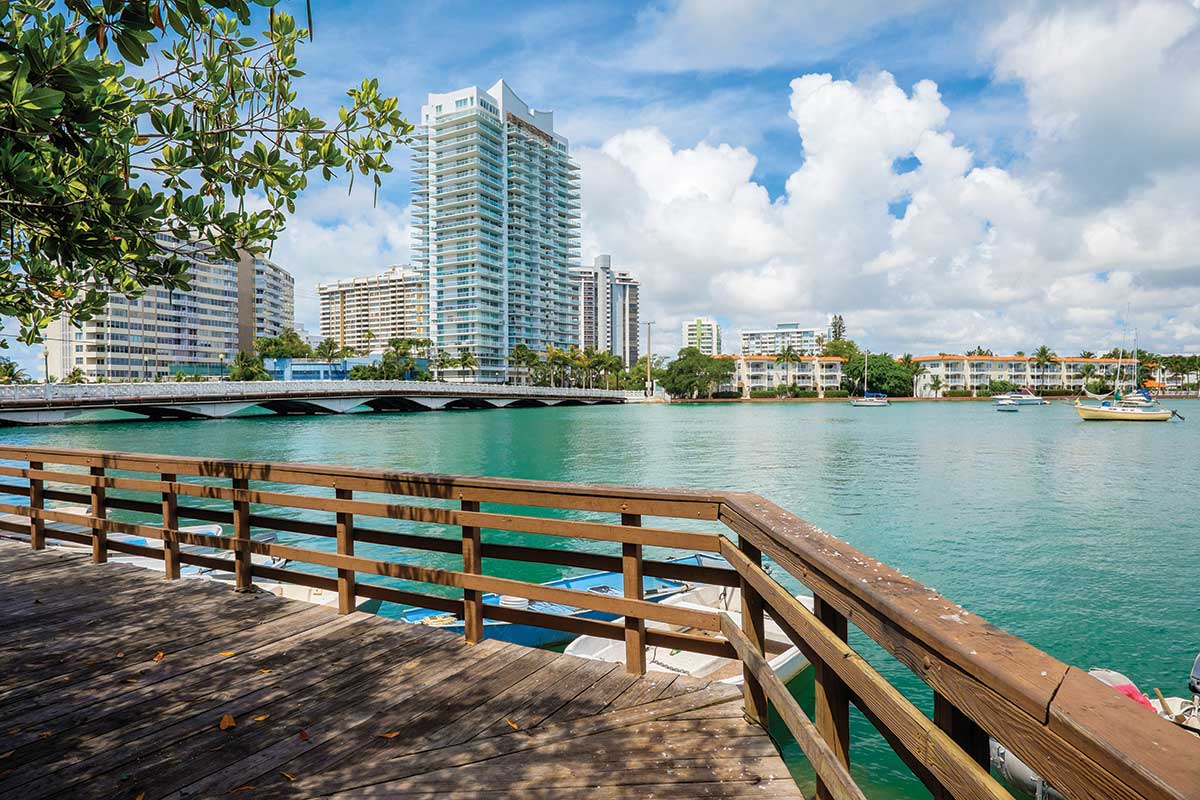 The City of Miami Beach is preparing to live with water in a much deeper way. As the climate continues toward warmer temperatures and South Florida’s coastal cities see more frequent and damaging flooding, one of Miami-Dade County’s most vulnerable cities is fighting back against the threat of flooding, rising waters and stronger storms.

A part of this fight was the collaboration between Miami Beach and the Urban Land Institute (ULI), a worldwide group of about 42,000 real estate and development professionals that helps vulnerable cities make better decisions about land use. Miami Beach officials invited ULI’s panel to the city to analyze their current strategy for stormwater management and climate adaptation.

ULI’s Advisory Panel met in Miami Beach for three days in late April and released a final report with recommendations for how the city can improve its climate strategy. According to a release from the city, the final report “buoyed” city efforts and showed officials are on the right track to preparing for worse flooding.

“The City was recognized for its innovative approach in engineering and prioritization of its stormwater pumps, carefully crafted communications materials, ability to raise funds through utility fees and collaboration with regional partnerships including the Rockefeller Foundation’s 100 Resilient Cities,” the release read.

100 Resilient Cities, funded by the Rockefeller Center, helps cities around the world increase their resilience to physical, social and economic challenge, including effects from climate change.

However, ULI also had a number of recommendations for Miami Beach to improve and bolster its strategy to better meet the coming challenges, such as maintaining a sense of urgency within the community while also being more transparent with residents.

“Investing in climate adaptation infrastructure to protect against flooding is critical for the city’s near-term and long-term future. In light of current and growing risks, the program needs to continue to innovate,” ULI’s report read.

Other recommendations included continuously evaluating the city’s $600 million stormwater management plan, allowing for more input from residents on the city’s efforts, taking particular care of the fragile environment in Biscayne Bay, continuing to finance stormwater improvements without state or federal support and ensuring that low-income neighborhoods in Miami Beach are considered a top-priority when investing in stormwater improvements.

The $600 million stormwater management program was a major focal point for the analysis. It is already underway and includes major infrastructural improvements such as “the introduction of pumps and elevated streets and development code updates and addresses risks including stormwater management, king tides, and sea-level rise.”

The stormwater improvements are entirely funded through fees and bonds rather than relying on state or federal funding. According to the report, using a stormwater fee means the city can move forward without oversight or approval on the county level, “although permitting and regulations are followed.”

The city’s property values, which are some of the highest in the Southeastern region of the US, are what have allowed the rapid pursuit of mitigation and funding sources that could remain stable and available even if federal and state policy changes.

The ULI Advisory Panel noted several major stresses and shocks that the collaboration with 100 Resilient Cities pointed out that could potentially hold the city back from progressing. Inadequate transportation systems, aging infrastructure and sea-level rise each accounted for 15.5% of the city’s stresses. Lack of affordable housing followed closely behind at 14% and access to quality education was next at 7%. Hurricanes or tornadoes counted for 22% of the city’s shocks, 11% went to an economic crash and 9% each went to cybersecurity failure and transportation failure.

But the majority of the threat from climate change is toward the city’s famous historic districts from sea level rise. According to the report, almost 30% of Miami Beach is considered historic and 67% of those historic properties are partially or fully at an elevation lower than 3.7 feet above sea level. A whopping 93% of Miami Beach properties are in the Special Flood Hazard Area.

“The city of Miami Beach has made impressive investments in climate adaptation and stormwater management,” the report read. “Immediate, incremental investments in stormwater management and climate adaptation are a good start, but more is needed to secure the city’s long-term future, given flood vulnerability and both observed and predicted sea level rise.”