Advertisement
The Newspaper for the Future of Miami
Connect with us:
Front Page » Government » Florida develops Dominican Republic trade mission 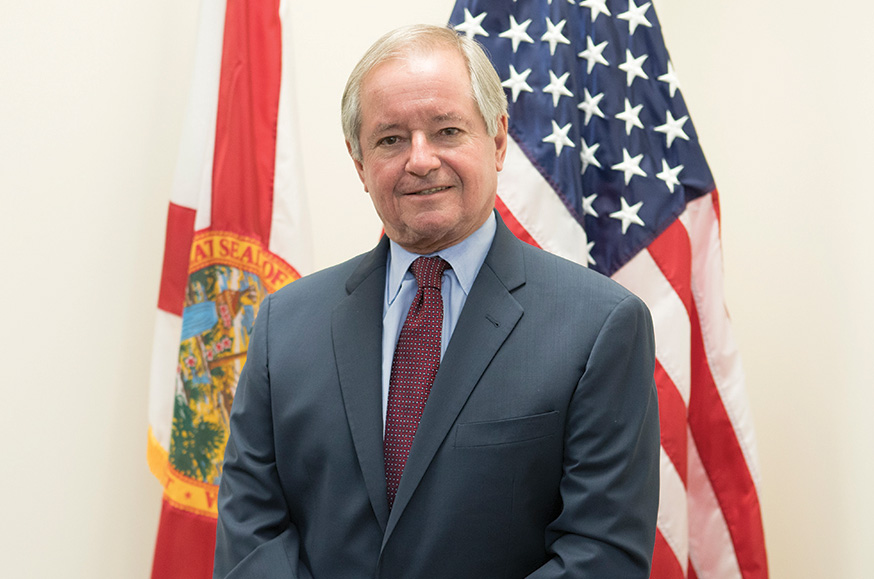 The Dominican Republic, Florida’s largest market in the Caribbean basin, will welcome around 20 Florida companies and 40 to 50 Floridians to Santo Domingo from Nov. 13-16 for an export sales mission led by Enterprise Florida Inc.

The trip comes at an ideal time, said Manny Mencia, senior vice president of international trade and development, since a new US ambassador to the Dominican Republic will start in September. The ambassador, Robin Bernstein, is a businesswoman from Palm Beach.
“Florida will have a friend in charge of US relations, so that’s a good thing,” Mr. Mencia said.

At the 2016 Republican National Convention, Mrs. Bernstein was a Donald Trump delegate and she served as one of President Trump’s Florida electors in the Electoral College.

The Caribbean basin is generally considered to be the area running from Florida westward along the Gulf Coast, south along the Mexican coast through Central America and then eastward across the northern coast of South America.

Enterprise has been going on missions to the Dominican Republic since the 1980s and continues to go every three to four years, Mr. Mencia said.

“Exports for 2018 are up by about 5.5%, so we’re showing a positive trend in terms of growth. It’s a very robust market and it’s a market that is very Florida-centric – 40% of what they buy from the United States comes out of Florida,” Mr. Mencia said. “We’re talking to some of the Florida ports and hoping that they’ll be joining the mission. We have more than 35 companies who have already applied.”

According to Enterprise, the industry sectors that are the best opportunities for exports from the US to the Dominican Republic are air conditioning and refrigeration equipment, automobile parts and services, building products, hotel and restaurant equipment, computers and peripherals, medical equipment, printing and graphic arts equipment, renewable energy, safety and security equipment and supplies, sporting goods and telecommunication equipment.

A unique aspect of this year’s trade mission to the Dominican Republic is a business and trade seminar hosted collaterally by the World Trade Center Miami (WTCM) to promote its new Trade and Logistics Assistance Center. This new support arm for WTCM is designed to help small to medium-sized companies in Latin America and the Caribbean import their products through Miami into the US, said Ivan Barrios, vice president of WTCM.

Mr. Mencia described the event as “a way of promoting two-way trade.”
The Nov. 15 seminar is only the second one hosted by World Trade Center Miami. The purpose is to find Dominican exporters and help them bring their products into the US, using Miami as their gateway, Mr. Barrios said, as well as help exporters move past barriers to entry. The first seminar was held in Nicaragua.

Mr. Barrios and Catherine Medina, the new director of the trade and logistics assistance center, both echoed Mr. Mencia’s sentiment that having Mrs. Bernstein, a fellow Floridian, as the ambassador could be a positive for Florida businesses.