Advertisement
The Newspaper for the Future of Miami
Connect with us:
Front Page » Top Stories » Disney Cruise Line to base two new huge ships in Miami 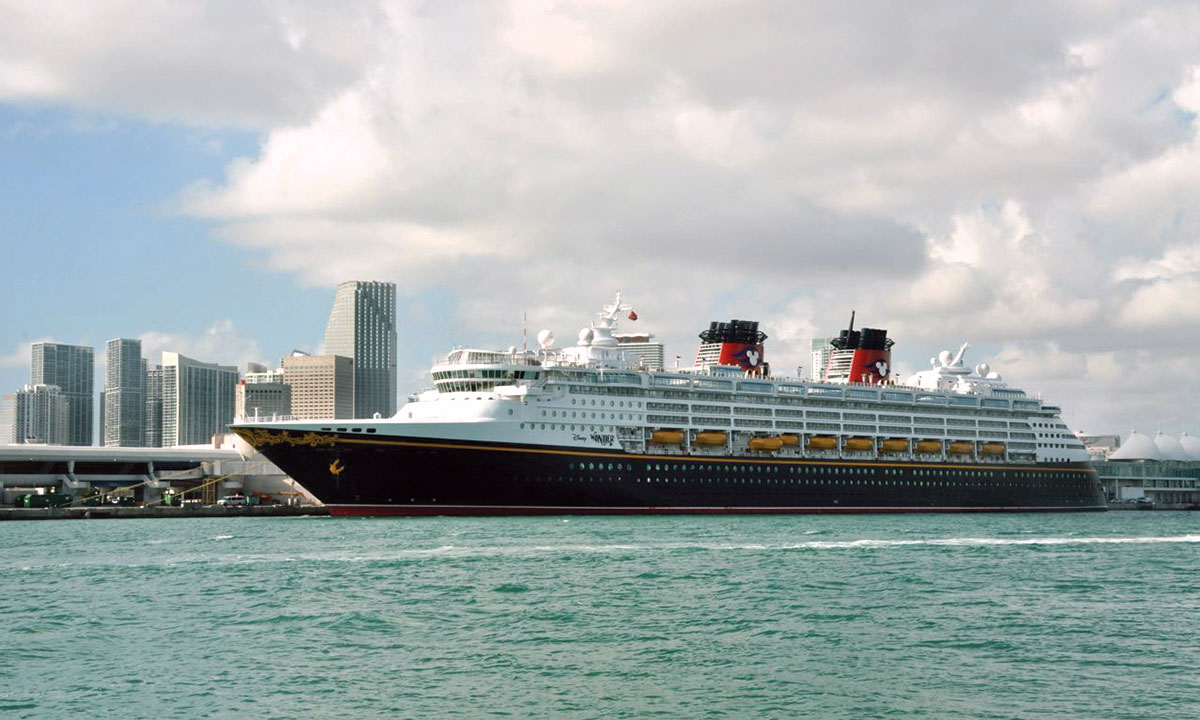 Two PortMiami cruise line agreements scheduled to go before Miami-Dade commissioners this week would advance development of one terminal previously stalled for inadequate funding and mark the first step in the potential construction of another.

Commissioners were to consider amendments to an agreement with Disney Cruise Line, included an unbinding arrangement to build a new terminal on the south side of the port, and an existing agreement with Norwegian Cruise Line to continue construction of a new Terminal B, which had stalled due to unpredicted costs.

If approved, the mayor’s office would be authorized to negotiate and execute the agreements on the county’s behalf.

The amended Disney deal would change the preferential berthing rights, minimum annual guarantees and term, and detail preliminary arrangements granting Disney the first right to enter negotiations for development of a new terminal east of the existing Terminal J.

“Such a facility will allow the [port] to expand its cruise business by allowing Disney to homeport the large Disney vessels capable of carrying 3,500-plus passengers,” Deputy Mayor Jack Osterholt wrote in a memo dated Sept. 5.

Construction, he wrote, “would include a cruise ship pier complex capable of accommodating vessels up to 1,150 feet… in a homeport operational capacity, including a rehabilitated bulkhead and apron, terminal complex, provision staging and loading areas, bus taxi staging area, and a parking garage of a suitable size.”

Disney would have 18 months from the date of the memorandum of understanding’s execution to negotiate the new terminal deal, unless a written agreement to continue negotiation were reached.

Before construction can commence, however, widening of the ship channel and turning basin on the south side of the port must be completed and the county must acquire rights to the necessary cargo land currently under lease to Seaboard Marine.

Alternative port berthing options may be explored, Mr. Osterholt wrote, should construction at the south side prove unviable or unsuitable.

If amendments to the berthing agreements go through, Disney, beginning in fiscal 2019, would have to guarantee minimum annual wharfage and docking revenues based on the dockage tariff rate and 80% of Disney’s anticipated yearly vessel calls – an additional guarantee of about $850,000 that year.

In total, an estimated $26.4 million in additional yearly payments to the county are expected to be generated, according to County Attorney Abigail Price-Williams.

The agreement proved profitable for both parties, Mr. Osterholt wrote.

On Dec. 1, 2015, commissioners extended the base agreement by two years, with a one-year renewal option. The agreement, which expires Sept. 30, guaranteed preferential berthing at Terminal F and parking revenue incentives in exchange for guaranteed passenger volumes and revenues.

“Due to its success and an aggressive new-build program, Disney continues to seek growth at PortMiami,” Mr. Osterholt wrote. “With three new vessels on order through 2023, the cruise line desires to homeport a large vessel year-round at PortMiami commencing January 2023… and a second large vessel starting seasonally January 2024.”

The county would, in turn, promise Disney year-round preferential berthing at Terminal F on Sundays during fiscal 2018-19 and rights at the new Terminal C on Saturdays from 2020 to April 2024, as well as other general agreements.

In addition to having first right to negotiate a binding agreement for preferential use of a new terminal at PortMiami’s southern end, Disney would be able to negotiate preferential Sunday berthing at Terminal J next to the new port location beginning in 2024.

Were commissioners to approve the item, the amended agreement with Disney would be effective either within 10 days of its adoption or upon Mr. Giménez’s approval.

Norwegian’s amended agreement, due back to the county commission within 60 days of execution, would increase the new Terminal B authorized expenditure from a maximum $185 million to $215 million, plus an additional county commitment of about $12 million for new furniture, two passenger boarding bridges and US Customs equipment.

In return, Norwegian would pay all architectural, engineering and design costs of the project; reimburse the county for all advanced project expenditures over $100 million plus interest and other costs; and temporarily share use of existing terminals B and C if the new terminal is not “substantially completed” by Nov. 8, 2019.

Norwegian currently has preferential berthing rights in the existing terminals B and C until the new Terminal B is completed.

Commissioners approved an amended and restated terminal agreement with Norwegian on April 10 that authorized the county to advance project costs of $165 million, with an additional $20 million available if the cruise line agreed to recoup the difference, according to Mr. Osterholt.

However, recent cost estimates of the new Terminal B construction priced the project higher than anticipated and approved. The guaranteed maximum price package for Terminal B, which PortMiami received July 29, set the cost at about $207 million.

In response, PortMiami on July 14 disapproved the price and halted infrastructure work on the new port.

On July 24, with approval from PortMiami Director Juan Kuryla, commissioners adopted a resolution to amend the terminal agreement to allow work to continue but not exceed $30 million more than the $185 million ceiling defined in the previous agreement.

The new $215 budget – encompassing an anticipated $203.5 million for basic construction and associated costs and fees, about $3.1 million for art and $8.4 million in contingency funds – would have brought scope reductions including a smaller parking garage with a 750-space capacity, down from the original 1,000 planned.

Additionally, the cost for the two passenger bridges, internal furniture, fenders and custom equipment rose from $9 million to $12 million.

The county’s construction contribution would remain at $100 million. Any cost above that, up to $215 million, would have been advanced by the county but be reimbursed with interest and costs over 25 years. Norwegian’s reimbursement obligations would range from $5.75 to $6.50 per passenger movement, up from $3.75 per passenger in the prior agreement.

Norwegian would be obligated to pay the county its reimbursement either by the “substantial completion” of the Terminal B project, expected to be finished by Feb. 10, 2020, or when the first Norwegian vessel is serviced at the new Terminal B – whichever comes first.

The amended deadline for Norwegian and the county to approve the new maximum price would be extended to Sept. 28 unless further extended by Mr. Giménez or his designee.