Advertisement
The Newspaper for the Future of Miami
Connect with us:
Front Page » Business & Finance » 1,000 Amazon hires in Miami to work alongside robots

1,000 Amazon hires in Miami to work alongside robots 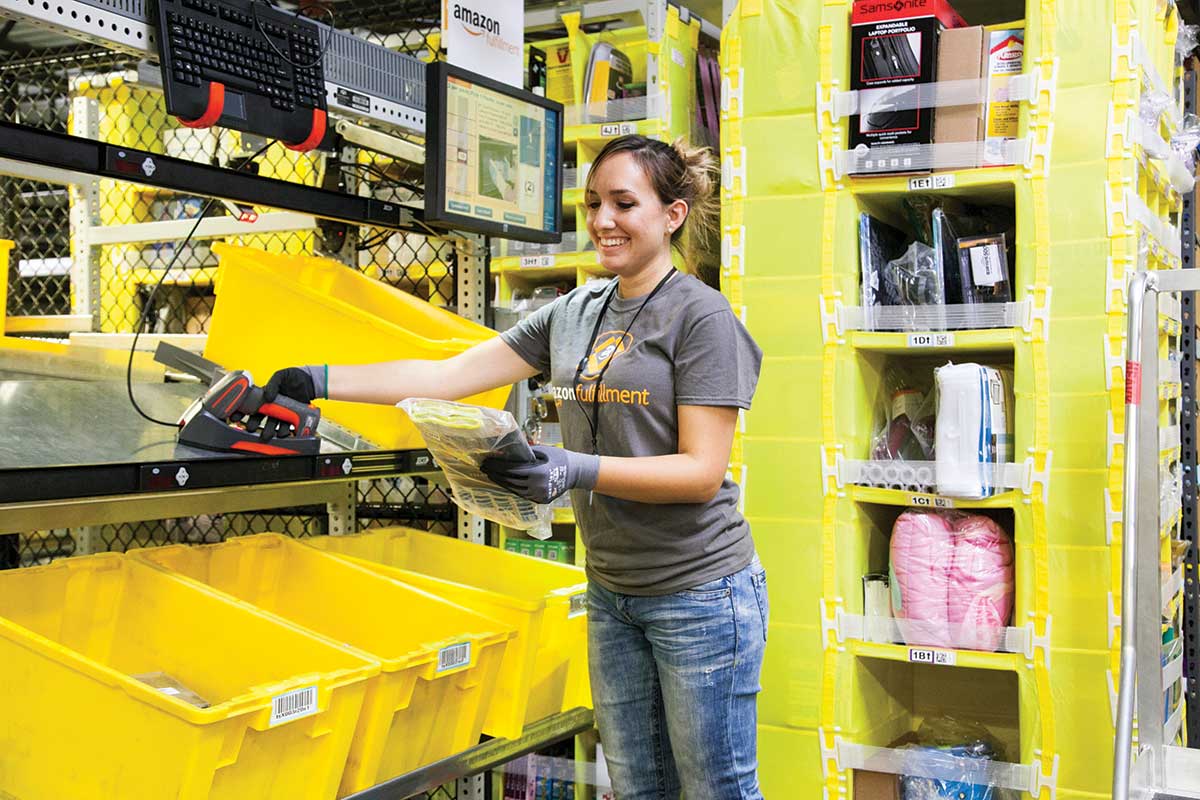 The 855,000-square-foot Amazon fulfillment center at the Carrie Meek International Business Park has started the hiring process for about 1,000 new full and part time employees.

Brenda Alfred, a communication manager for Amazon, described the response from the Miami-Dade community as “strong, ” though the company is unable to say how many new employees will come from other communities outside of Miami.

The 1,000 new employees will work alongside robots at the Opa-locka fulfillment center. The number of robotic units in a fulfillment center varies, but on average there are hundreds and hundreds and the building will hold millions of items, Ms. Alfred said. Amazon also offers free one-day shipping for all Prime members on orders over $35 for South Florida.

“It’s our goal to have everything a customer could want from A to Z,” Ms. Alfred said.

The foundation pledged to fund a job-training program for the community to prepare for the influx of employment opportunity. These trainings have been taking place since April and more than 1,000 people have applied for the program, according to Tony E. Crapp Sr., foundation executive director. The program is, in general, to “assist folks in being better applicants, but certainly for jobs with Amazon.”
According to a press release, those applying for a job at the Amazon center must be 18 or older and have a high school diploma or an equivalent. Employees would get “highly competitive wages,” and benefits such as healthcare, 20 weeks paid parental leave, a 401(k) and company stock awards. Full-time employees could take advantage of Career Choice, in which the Amazon will pre-pay up to 95% of tuition for courses related to in-demand fields, “regardless of whether the skills are relevant to a career at Amazon.”

The original plan was for the center to provide for 2,300 new jobs and average earnings of $37,000 per year for all employees. But that was reduced 56% to 1,000 jobs and the target yearly wage was reduced about 26% less to $28,000, according to an Inspector General report released in January.

The joint venture between the Meek Foundation, which targets affordable housing, healthcare and education for Miami-Dade, and Foundry Commercial is considered one of the largest private industrial developments and the largest single-job creation project in Miami-Dade County history.

One Response to 1,000 Amazon hires in Miami to work alongside robots