Advertisement
The Newspaper for the Future of Miami
Connect with us:
Front Page » Education » Negotiations to develop school board land across from the Adrienne Arsht Center for the Performing Arts nears completion 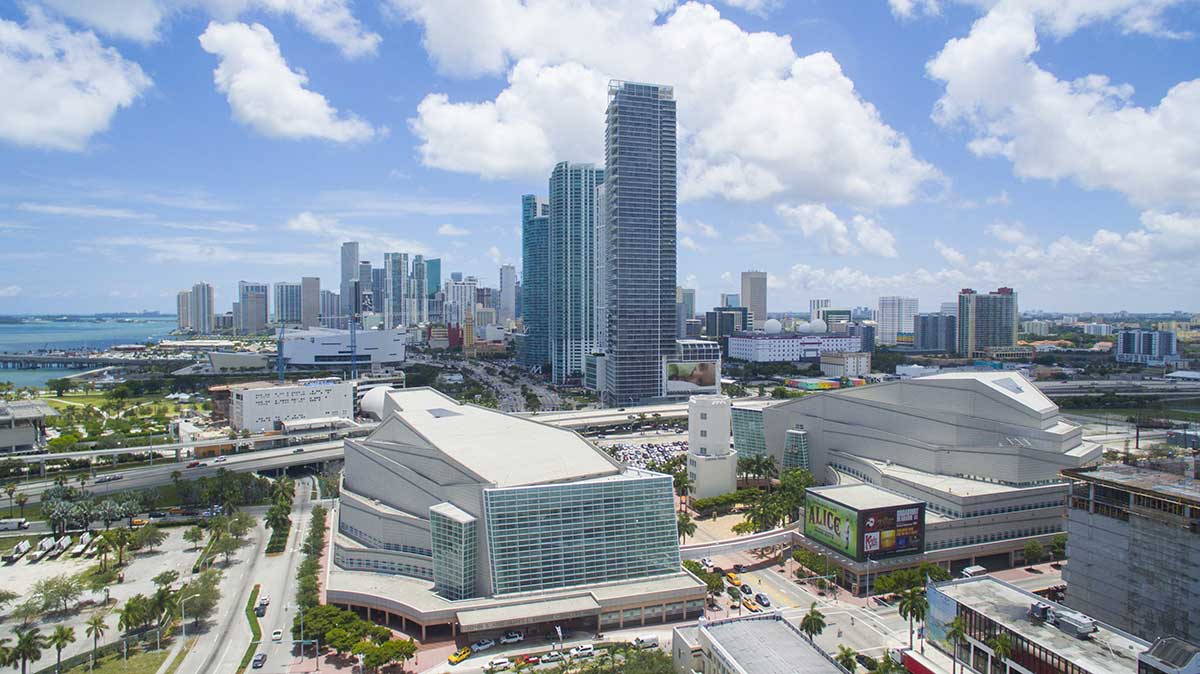 Negotiations to develop school board land across from the Adrienne Arsht Center for the Performing Arts are nearing completion, according to Miami-Dade County Public Schools Superintendent Alberto Carvalho.
“We are well on our way,” Mr. Carvalho told Miami Today. “We selected one business entity and partnership with the Arsht Center, as well as the county, and in the coming months we’ll be able to announce a final agreement.”
In June, the school board was negotiating the development of one of 10 total acres across Biscayne Boulevard the board plans to develop, the success of which would “catapult forward” development of the nine other acres.
Mr. Carvalho in March wrote of the school board’s intention to transfer title of the land, valued at $20.6 million, to Miami-based urban real estate firm Crescent Heights, which owns a 1.13-acre adjacent parcel, in exchange for 100,000 square feet of office space valued at $42 million.
Plans for the combined two parcels, encompassing two-plus acres, include a mixed-use development incorporating school board office space, about 1,100 multifamily rental apartments and a 49,075-square-foot parking garage with 1,100 spaces.
“What we have moving forward, first, is a lot of partners at the table,” Miami-Dade Schools Chief Financial Officer Lisa Martinez said in June. “The school district has to finalize our work in negotiating agreements with Crescent Heights. Embedded with their agreement with us is their agreement with [Omni CRA].”
As part of the agreement, 600 of the 1,100 parking spaces will be given to the Omni Community Redevelopment Agency (CRA) for shared use by the school board and the Arsht Center, which will have “complementary scheduling needs” for parking, according to Mr. Carvalho’s March memo.
“Without this, we can’t begin to unencumber our parcels, both on the parking side and our administrative offices,” Miami-Dade Public Schools Chief Facilities Officer Jaime Torrens had said.
Mr. Carvalho said the deal, which would establish the school board one of several tenants at the planned building, could substantially benefit school headquarters operations.
“[It] would provide us with an opportunity to relocate from this old and not-so-attractive building [and] be part of a larger structure, but not the only tenants, saving millions annually in operational costs and maintenance,” he said. “[We would be] a good partner, providing long-term parking solutions for the Arsht Center and the surrounding community and monetize the roughly 10 acres we’d abandon here.”
The board had previously tried to sell or develop its properties three times – twice in 2011 and once in 2014 – drawing interest from several noteworthy investors, including casino and resort giant Genting Group, which alone owns about $500 million in Omni real estate.
In May 2015, school board members agreed to explore land development options for the 10 contiguous acres it owns along Northeast Second Avenue and Biscayne Boulevard, which contains several buildings, two schools, parking lots and WLRN radio and TV stations.
At a Nov. 15, 2017, meeting, the school board authorized Mr. Carvalho to seek a collaborative deal and negotiate the sale of the one-acre parcel.
According to Mr. Carvalho, the first developmental step is close to being taken.
“We’ll begin the process of relocating our own presence here downtown,” he said, “delivering on much-needed parking availability for the Arsht and downtown community and embracing a significant business deal to monetize the roughly 10 acres of much sought-after downtown property.”