Advertisement
The Newspaper for the Future of Miami
Connect with us:
Front Page » Government » In NAFTA revamp, Canada points to its ties with Florida

In NAFTA revamp, Canada points to its ties with Florida 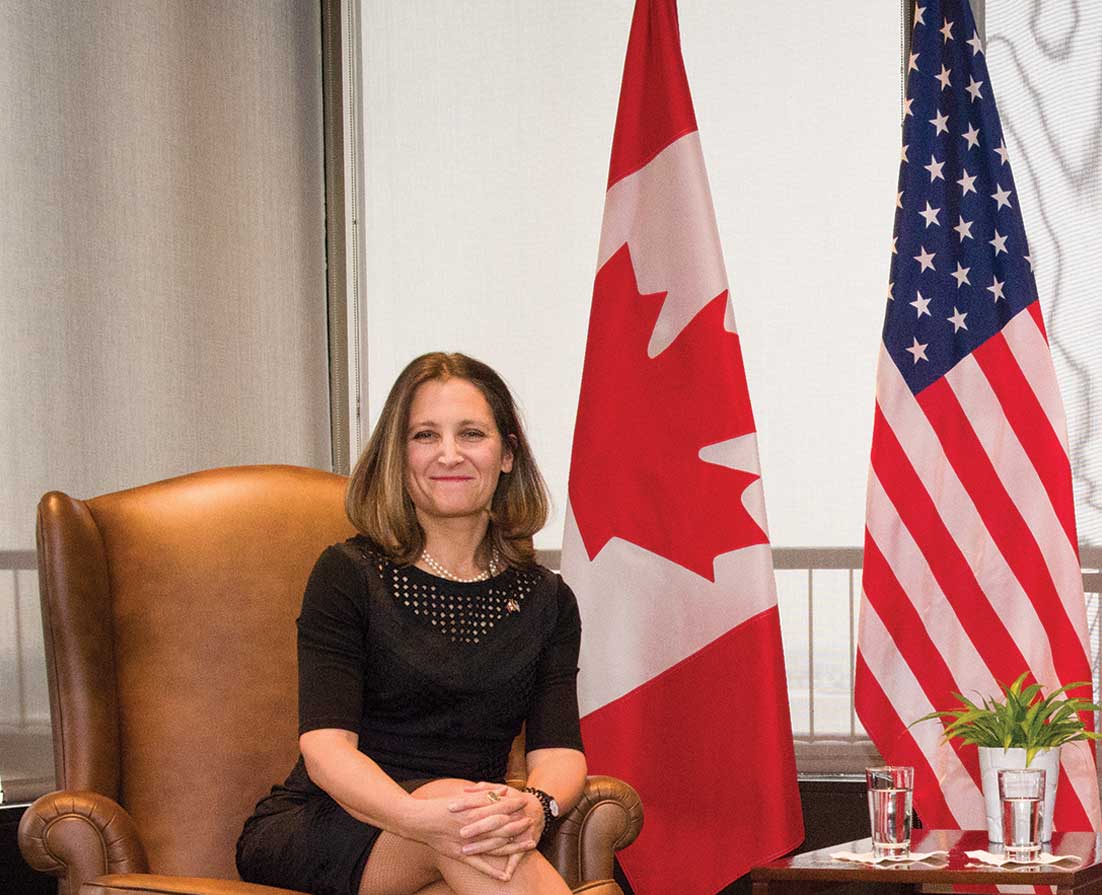 Just before Mexico and the US reached a partial agreement in Washington on Monday to revamp the North American Free Trade Agreement and Canada waited to join the talks, Canada unveiled a detailed study of how important the nation is to Florida’s economy.
The timing was clearly linked to efforts to harmonize recently jangled relations among the three nations that comprise the trade pact.
“Let’s wrap up NAFTA and let’s remove the tariffs so that both our businesses can continue to thrive,” Laurent Morel-à-l’Huissier, Canada’s Miami-based consul for foreign policy and diplomacy service, wrote in a letter to Miami Today accompanying the 48-page “2018 Canada-Florida Economic Impact Study.”
There was no mistaking the intent of that report: the subheading said “Canada is Florida’s most important economic partner.”
Earlier studies of Canada-Florida economic ties in 2011 and 2014 made the same point, but the updated version released this month offered powerful new statistics. Among highlights:
■Canadian exports to Florida jumped from $4.3 billion in 2013 to $4.6 billion in 2016, while Florida’s exports to Canada fell from $3.5 billion to $2.7 billion in the same period.
■Canadian residential real estate purchases in Florida soared from $4.6 billion in 2013 to $7 billion in 2016.
■Canadian annual tourism spending in Florida rose from $6 billion in 2013 to $6.5 billion in 2016.
■Combining tourism, trade and real estate purchases, the annual economic impact of Canada in Florida climbed from $18.4 billion in 2013 to $20.8 billion in 2016.
The report was issued days before weekend talks ended with Mexico and the US agreeing on key portions of the NAFTA overhaul. Canada is to join in the talks in coming days. “One way or another we’ll have a deal with Canada,” President Donald Trump said Monday. Whether the new agreement will erase the recently imposed tariffs to which Mr. Morel-à-l’Huissier referred will be left to upcoming negotiations.
This year, the US slapped tariffs on steel and aluminum imports from many countries. Canada initially was bypassed, but at the end of May, the US hit Canadian steel and aluminum with tariffs. Now there is a 25% tariff on steel and a 10% tariff on aluminum that enters the US from Canadian producers.
By July 1, Canada and the US had imposed billions in tariffs on each other’s goods. The future deal with Canada will “either be a tariff on cars or it’ll be a negotiated deal,” Mr. Trump said Monday. “Perhaps the other would be much better for Canada.”
A spokesman for Canada’s Foreign Minister Chrystia Freeland said Canada was “encouraged” by the “optimism” shown by the US and Mexico but cautioned that a full three-way NAFTA deal was not a foregone conclusion.
Mexico and the US needed to resolve complicated bilateral issues before modernization of NAFTA could move forward, Ms. Freeland said Friday. She said the three nations had agreed Canada would rejoin the talks once Mexico and the US resolved bilateral matters.
“Once the bilateral issues get resolved, Canada will be joining the talks to work on both bilateral issues and our trilateral issues,” Ms. Freeland said then.
The agreement between Mexico and the US reportedly requires that a larger portion of automobiles traded on a tariff-free basis be made in higher-wage factories, but it left unresolved a US demand that the treaty be renegotiated every five years.
The impact of the agreement, whatever its shape, will be felt in Florida, which is closely aligned with Canada in four economic spheres: tourism, trade, residential real estate investment, and corporate investments and operations.
The Canadian report concludes by quoting Manny Mencia, the Coral Gables-based senior vice president of international trade & business for the state’s economic development agency, Enterprise Florida: “Canada is by far the number one partner the State of Florida has. It is largest and most important for the state across all levels of economic engagement.”
The report says almost 500 Canadian companies operate in Florida, “drawn by the low cost of doing business, excellent logistics infrastructure, and close international opportunities with Latin America and the Caribbean.”
It lists 19 Canadian companies with Latin American headquarters in South Florida – 11 of them in Miami-Dade County. Those 11 are ADF International in Miami Gardens, Air Canada Cargo in Miami, Apple Express in Doral, Avison Young realtors in Coral Gables, CAE in Miami Springs, Chemo International in Miami, Gildan Active Wear in Miami, PBB Local Logistics in Doral, Quebec International in North Miami, Teknion in Coral Gables, and Wasteco in Miami.
The report highlights efforts by a Canadian-Colombian company involved in a public-private partnership to help get Miami’s traffic moving faster. Rokk3r Labs in March 2017 launched a $150 million investment arm, Rokk3r Fuel, to help fund the next wave of Miami-based startups moving through the company’s Miami incubator. Then the company and Citi.moov were named by the Fastrack Institute to build a technology solution to incentivize Miamians to share rides or use public transit. The founders of that effort told Miami Today this month that they aim to debut the new product soon.
The Canadian report says that the nation is “responsible for upwards of 620,000 jobs in the state.” And, it says, “Canadian tourism to Florida contributed $686.56 million to state and local coffers in 2016 alone.”
When those Canadian tourists fly to Florida, Miami is third on the list of their choice of destinations. Orlando gets 30% of the Canadian air passengers, Fort Lauderdale-Hollywood 28% and Miami International Airport 14%.
When Canadians are buying residential real estate, however, they look first to South Florida, which gets 45% of the residential sales to Canadians, far ahead of second place Tampa-St. Petersburg at 12%.
“The residential property portfolio has grown to over $53 billion – annually this means another half billion dollars in tax revenues,” Mr. Morel-à-l’Huissier wrote to Miami Today.
“With NAFTA being renegotiated and with tariffs imposed and more looming,” he wrote, “we thought it would be vital for you to better understand just how important Canada is to Florida and why Florida matters to Canada.”

2 Responses to In NAFTA revamp, Canada points to its ties with Florida