Advertisement
The Newspaper for the Future of Miami
Connect with us:
Front Page » Business & Finance » Blumberg Grain storage jobs called at risk as Egyptian officials delay 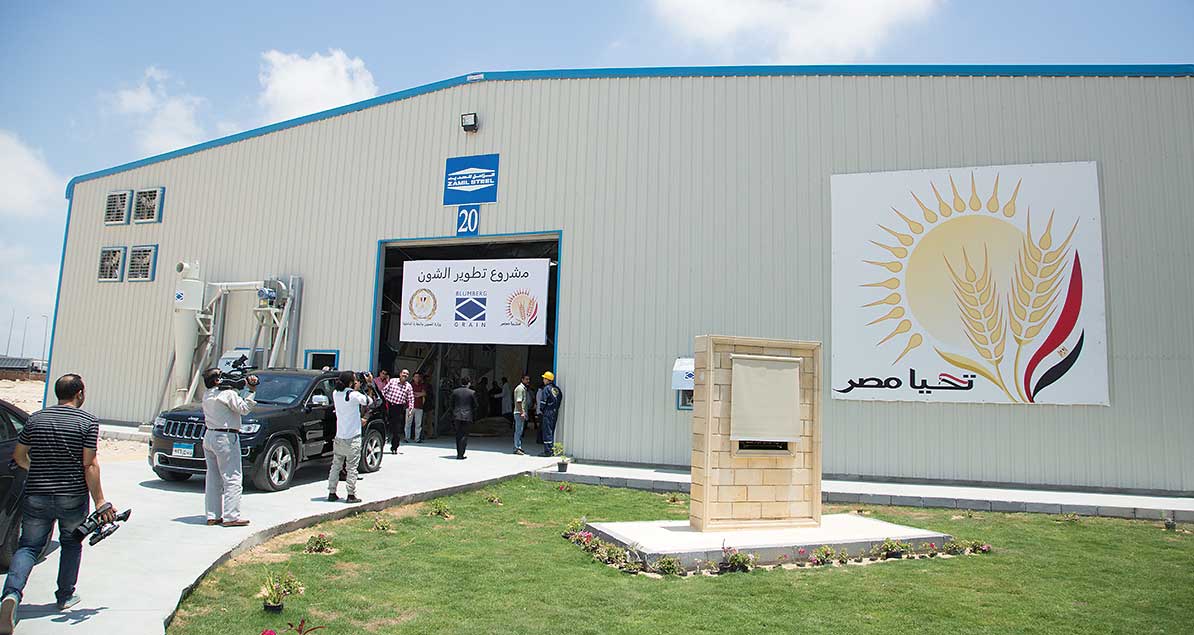 Manufacturing jobs of suppliers of Coral Gables-based Blumberg Grain are at risk because of inaction by the Egyptian government on a long-awaited program to improve vital grain storage, according to Seth Gordon of Seth Gordon Initiatives, who is representing the supplier network
These 2,400 jobs and thousands of indirect jobs are part of a network of five US manufacturers who produce the equipment used on projects in Egypt by Blumberg Grain, a global food security company.
“At the hands of Egyptian bureaucrats, the suppliers and Blumberg Grain suffered very substantial 22 month delays to the first phase of the Egyptian project,” Mr. Gordon said. “During these delays the Egyptian government failed to make its contract payments. In fact, three years ago, Blumberg Grain had to pay from their own pocket to have three buildings and systems air-freighted to Egypt, at the request of the Egyptian government, for a last-minute public opening by President Sisi. As a courtesy to President [Abdel Fattah el-]Sisi, Blumberg Grain advanced those costs for the three systems, but Egypt has yet to reimburse them.”
Blumberg Grain works primarily with emerging market governments to develop networks of food storage infrastructure that reduce post-harvest losses from more than 50% to less than 5%, says David Blumberg, company CEO for the Middle East and Africa, often doubling the nationwide output of locally harvested crops.
After completion of Phase 1 of its project in Egypt, Blumberg Grain was assured it would be awarded Phase 2 by the minister of supply, Mr. Gordon said. At the ministry’s request, he said, the company and its suppliers produced design and engineering documents for Phase 2.
“We ramped up our workforce and production lines and supplied the documents to the ministry in 2016,” Mr. Gordon said.
While visiting Egypt five months ago, he said, one of the supplier teams learned that Egyptian government officials illegally provided their design and engineering documents to companies from other countries, putting these US manufacturing jobs at risk.
“I was quite shocked and angry to see many of our designs for pits, scale, flow, etc., which were agreed as confidential and proprietary between Blumberg Grain and Egypt, were provided to Melinvest, a Russian company,” said John Crawford of Ag Growth International (AGI), whose main plants are in Kansas and Nebraska.
With the promised second phase of the project not forthcoming, the US supplier network is weeks away from having to lay off several thousand highly skilled American craftsmen, Mr. Gordon said.
“President Trump has said that recipients of American foreign aid will be expected to support US. jobs. How then can Egypt, who receives over $1 billion in US aid annually, not support American workers and businesses who pay the taxes that fund their aid?” he asked.
Blumberg Grain has received strong bipartisan support from 38 US senators and representatives, Mr. Gordon said.
US Rep. Brendan Boyle of Philadelphia said, “As Blumberg Grain’s supplier network includes suppliers across the United States, this project has the potential to benefit both of our countries economically and promote continued cooperation between the US and Egypt.”
Two years ago Blumberg Grain told Miami Today that it had struck an agreement to contract with Egypt for monumental projects in developing one of the world’s largest food security systems to help the governments improve citizens’ food access.
The company’s sophisticated digital platform was to create control centers to oversee every facet of grain storage that now takes place in open-air sites that are often built of sand and dirt.
The company had agreed to Egypt’s aims to upgrade their food preservation systems with modernized technology. These projects would help not only provide food but also reduce waste and post-harvest losses of grain, especially wheat, where globally nearly 60% is lost due to outdated storage that exposes food to rot.
As contract negotiations were ongoing, the total costs were not disclosed.
The Blumberg Grain technology that was to be brought to Egypt consisted of the highest levels of grain conditioning, inventory management, grating, access management, security management and a slew of other enhanced features to create ideal conditions for grain handling and storage, said Mr. Blumberg.
At that point, Egypt was storing wheat in open-air storage facilities called shounas, which Mr. Blumberg said consisted of sand and dirt. This was Blumberg Grain’s main focus.
“Egypt buys wheat from farmers all across the country at a subsidized rate that encourages them to farm and harvest. That makes its way to their shouna system, and that is the level Blumberg is playing a role to increase the level of technology and enhance the storage capabilities,” Mr. Blumberg said at the time. “This is a huge program in the space of food subsidies in the world and is one Blumberg Grain is very proud to be a part of, modernizing and making more efficient to the implementation of our technology.”