Advertisement
The Newspaper for the Future of Miami
Connect with us:
Front Page » Transportation » Tri-Rail targets third quarter 2019 runs to downtown Miami 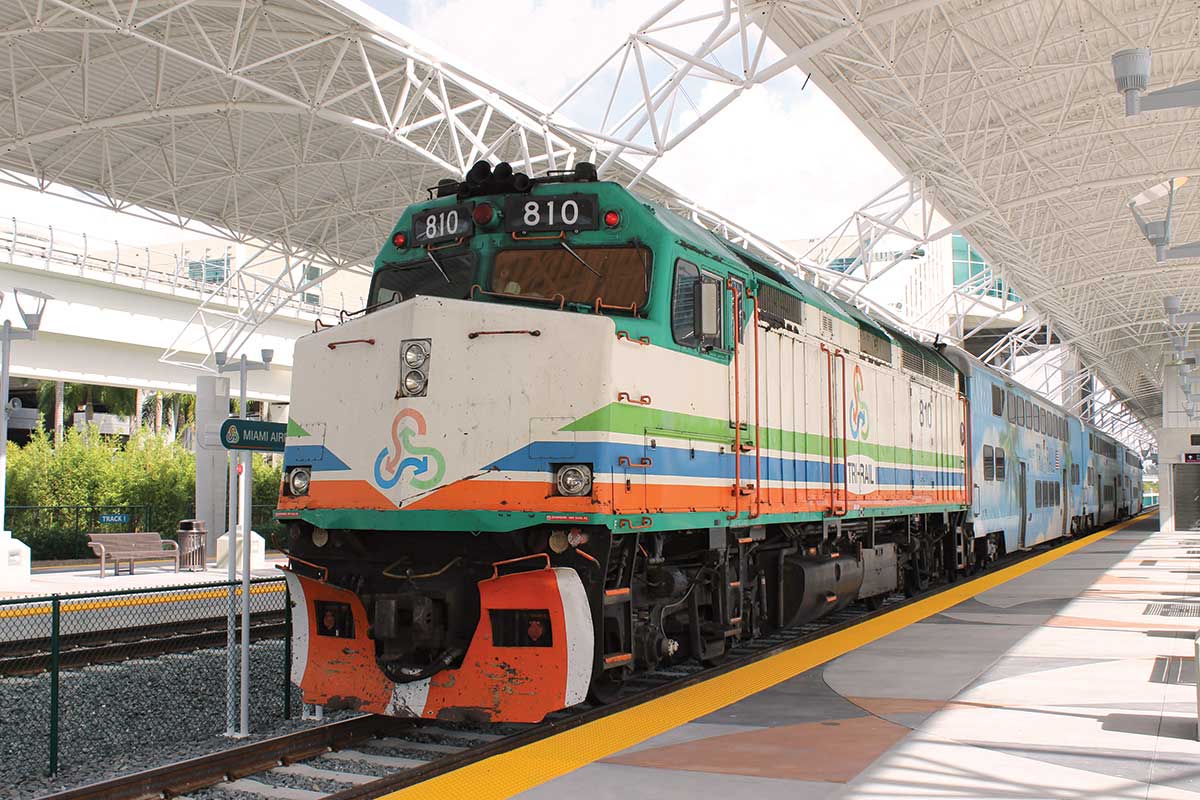 Mobility options are expected to widen for residents in Miami-Dade, Fort Lauderdale and West Palm Beach late next year. Tri-Rail trains are to arrive in downtown Miami by the third quarter of 2019, opening up a larger labor force to employers and more access to attractions and entertainment across South Florida.
All Aboard Florida’s express passenger rail project Brightline and the South Florida Regional Transportation Authority’s Tri-Rail then will both be rolling from the MiamiCentral station in the Government Center area to neighboring counties.
Rail partners have invested $70 million to establish the Tri-Rail Downtown Miami Link, funding 26 trains and nine miles of new rail infrastructure. The 450-person capacity of each train will provide a one-seat ride to and from downtown Miami.
Construction of the Tri-Rail portion is to be finished by September, according to South Florida Regional Transportation Authority Executive Director Jack Stephens.
But passenger service isn’t expected to start until next July, August or September due to federally required approvals. The examinations relate to Positive Train Control, a branch of control engineering. Trials will test control units at a variety of speed levels to avoid accidents such as collisions and separations.
Mr. Stephens said he expects that testing phase to conclude by December. Afterward, Brightline needs to request for an expansion from the Florida Railroad Administration, allowing Tri-Rail to access the Miami Central Station. Tri-Rail then would step in to test and install equipment connected to its trains.
Computer-simulated models predict an outpouring of interest from new riders and regulars alike for the 26 daily Tri-Rail trips. About 2,000 riders from Fort-Lauderdale and West Palm Beach would be flocking to downtown Miami on day one alone, of whom 1,000 riders are expected to be first-time passengers, those models predict.
The majority of travelers from the first day onward are likely to be part of the workforce, said Mr. Stephens, and it presents a long-term opportunity for employers.
“Major companies that are looking for qualified labor candidates and employers have a much larger area to draw from as a result of our service,” Mr. Stephens said.
Time off the road is possibly time wisely invested elsewhere for many passengers.
“We emphasize the personal freedom to do whatever you want to do as opposed to sitting there, paying attention when driving in traffic,” Mr. Stephens said.
Train rides tend to take longer than driving but allow passengers to shift their attention elsewhere besides the road. Take the journey from Miami to West Palm Beach: depending on traffic, it will last two hours on Tri-Rail as opposed to about an hour’s drive, Mr. Stephens said. Regardless, he said, professionals tend to work from their laptops and students catch up on their homework or reading.
Local attractions and businesses close to the downtown Miami station may benefit, too. Mr. Stephens recognizes the developments rising across Miami and sees how trains stopping at Tri-Rail’s several locations drop their passengers off steps away from a number of entertainment options.
The expanding connectivity options strengthen the economy and interconnectivity across the region, Mr. Stephens said: “Miami is still the economic major engine in South Florida. Everybody understands that, but it’s beginning to be challenged due to its own success. The more mobility options – and we’re one – that we can put at the hands of the residents of South Florida, the better off our community economics are for the state and for South Florida.”